MONCTON, NB, July 24, 2019 /CNW/ - The well-being of the endangered North Atlantic right whale population is of great concern to Canadians and its protection is a significant priority for the Government of Canada. Over the past two years, the Government of Canada has taken substantial measures to protect the North Atlantic right whale. However, recent deaths of these whales in Canadian waters are extremely troubling. 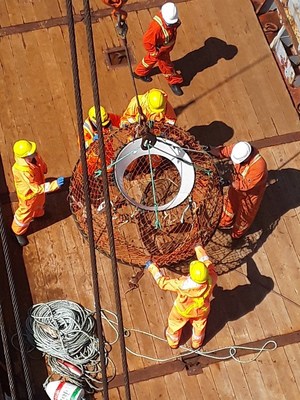 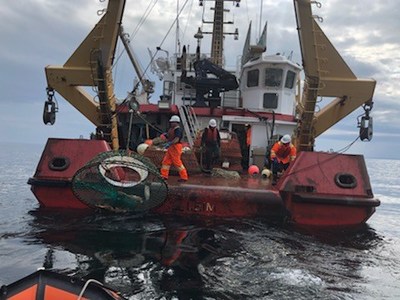 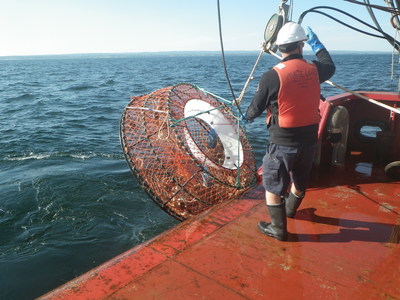 As part of the government's on-going efforts to protect the endangered North Atlantic right whale, DFO fishery officers and members of the Canadian Coast Guard spent three days searching for and retrieving lost fishing gear, known as ghost gear, from the Gulf of St. Lawrence.

Over the three-day mission, 101 lost snow crab traps were recovered throughout the Gulf of St. Lawrence, removing over nine kilometres of rope from the water. Along with preventing entanglements, removing ghost gear from our waters contributes to the conservation of our fisheries, as the gear traps marine species that would otherwise form part of a fishery's regular catch.

The operation focused on the areas of the Gulf of St. Lawrence where the most gear was reported lost or missing by responsible fish harvesters. Since 2018, harvesters in the southern Gulf of St. Lawrence have been required to report lost gear and there have been over 1,000 reports of lost fishing gear this year. Fishery officers will return any legal fishing gear that was reported lost, but all unreported gear will be held pending investigation, which may lead to charges.

DFO has been working with industry on an ongoing basis to encourage fish harvesters to undertake ghost gear removal initiatives in conjunction with local DFO fishery officers. We are also working to expand current mandatory reporting requirements for lost gear to more fisheries.