TORONTO, Sept. 3, 2019 /CNW/ - Roots ("Roots," "Roots Canada" or the "Company") (TSX: ROOT) a premium outdoor lifestyle brand, announces the launch of the second limited-edition Roots x Shawn Mendes capsule collection. The new collection, designed in collaboration with Toronto-born multi-platinum singer/songwriter, Shawn Mendes, will be available at select Roots stores across Canada and a downtown Toronto pop-up from September 4 to 6. In addition, the collection will be available internationally via roots.com starting September 5. 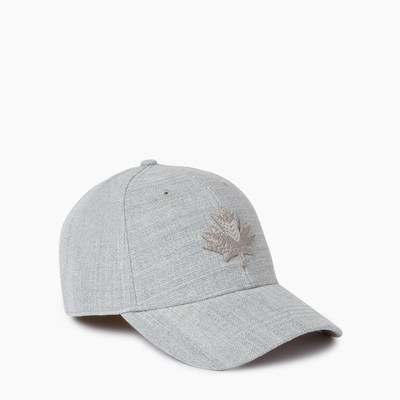 "With the launch of my foundation earlier this week, my upcoming hometown show and now the release of my second collaboration with Roots - I'm so grateful to have the support of this iconic Canadian brand and being able to give back with them. I hope everyone loves these pieces as much as I do," said Shawn Mendes.

As part of the collection launch, Roots is creating an exciting Shawn Mendes fan experience, an immersive rose garden in the heart of downtown Toronto, steps away from Shawn's hometown stadium show. Comprising more than 10,000 fresh pink roses and complete with eight-foot tall sweeping rose beds, Shawn's fans will head down a flower-lined winding path to arrive at the custom designed Roots x Shawn Mendes pop-up store. The installation will be open daily from Wednesday, September 4 to Friday, September 6, the day of the concert.

"Given the amazing response to our first collaboration with Shawn, we are thrilled to be launching an even more extensive capsule collection and taking the partnership to the next level with a unique and immersive fan experience," said James Connell, Chief eCommerce and Customer Experience Officer. "As a proud Canadian-born brand, and longstanding supporter of Canadian talent, it is great to see one of our own achieve such global success and to join in the celebration."

In support of the Shawn Mendes Foundation, a Roots x Shawn Mendes baseball cap ($40) will be available exclusively at the Toronto rose garden pop-up, with 100 percent of the profits donated to the foundation. Shawn's fans can also support his foundation by visiting any Roots store or roots.com between September 4 and 11 to buy a Roots Modern Leaf baseball cap ($28) in any of the seven available colours. One hundred percent of the profits from these sales will also be donated to the foundation up to $100,000.

The collection is available at the following Roots locations:

GRAMMY nominated Toronto born multi-platinum singer/songwriter Shawn Mendes released his highly anticipated self-titled third album in May 2018. The certified platinum album debuted at #1 on the Billboard 200 Chart as well as multiple additional worldwide markets, including Australia, Canada, Mexico, Belgium and Holland among others. It shot to #1 on iTunes in more than 80 countries immediately upon release. The album became one of the top best-selling album debuts of 2018 and made Shawn the third youngest solo artist to ever have three consecutive #1 albums. Shawn was nominated in two categories for the 61st annual GRAMMY® Awards, including "Song of the Year" for "In My Blood" and "Best Pop Vocal Album" for SHAWN MENDES. Leading up to the album, he released multiple tracks including "Youth" Featuring Khalid, "In My Blood" and "Lost In Japan." Both "In My Blood" and "Lost In Japan" experienced massive success, soaring to the #1 and #2 spots on the overall iTunes chart in the U.S, Top 5 on iTunes in over 50 countries, and held the #1 and #2 spots on Spotify's "New Music Friday" playlist. With "In My Blood," Shawn became the first artist to ever have four #1 singles at AC radio before the age of 20.

Most recently, Shawn released his new single with Camila Cabello, "Señorita," which debuted at #1 on iTunes worldwide and broke Spotify's record for the biggest debut from a male/female duet in its history. The hit nabbed the #1 spot on Billboard's Hot 100 Chart as well as #1 at Top 40 Radio. Earlier this summer, Shawn debuted his certified platinum single, "If I Can't Have You," at #1 on iTunes and #2 on the Billboard Hot 100 chart. The song has garnered over 600 million global streams and 500 million video views and is Shawn's 10th consecutive platinum single. With "If I Can't Have You," Shawn became the third artist in history to ever close the Pop panel first week with 184 stations across the country reporting. "If I Can't Have You" currently sits at #1 on Hot AC radio and #2 on Top 40 radio and marks Shawn's biggest debut to date with more than 30 million streams globally on the first day. With "Señorita" at #1 and "If I Can't Have You" at #2, Shawn is the first male solo artist ever to simultaneously hold the #1 and #2 place on the Top 40 chart.

In April 2017, Shawn released his 3x platinum hit "There's Nothing Holdin' Me Back." The track scored Shawn his second #1 single at Top 40 radio and on Billboard's Pop Songs chart, joining his 7x platinum single "Stitches." Throughout his career, Shawn has achieved 3 consecutive #1 album debuts, 3 platinum albums, and 10 consecutive platinum and multi-platinum singles. Worldwide, he has sold over 18 million albums, 151 million singles, and has amassed over 26 billion strong streams and over 6 billion YouTube views. Shawn has completed two sold-out world tours with over one million tickets sold, selling out legendary stadiums and arenas including NYC's Madison Square Garden and London's O2 Arena in minutes. On his upcoming tour, Shawn Mendes: The Tour, he sold out his first ever stadium show in minutes at Rogers Centre in his hometown of Toronto. The tour began in March 2019, with over 100 dates currently announced across the UK, Europe, North America, Latin America, Asia and Australia/New Zealand. He topped Billboard's "21 Under 21" in 2017 and 2018 and has been featured on Forbes "30 Under 30," Spotify's "25 Under 25," and Time Magazine's "Time 100 Most Influential". Last year, ROI Influencer Media recognized Shawn as the #1 Most Influential Artist and #1 Most Influential Teen across all social media platforms.

About RootsEstablished in 1973, Roots is a premium outdoor lifestyle brand. We unite the best of cabin and city through unmistakable style built with uncompromising comfort and quality. We offer a broad range of products that embody a comfortable cabin-meets-city style including: women's and men's apparel, leather goods, footwear, accessories, and kids, toddler and baby apparel. Starting from a little cabin in Algonquin Park, Canada, Roots has grown to become a global brand. As of May 4, 2019, we had 114 corporate retail stores in Canada, seven corporate retail stores in the United States, 115 partner-operated stores in Taiwan, 39 partner-operated stores in China, one partner-operated store in Hong Kong and a global eCommerce platform. Roots Corporation is a Canadian corporation doing business as "Roots" and "Roots Canada".

See "Forward-Looking Information" and "Risk Factors" in the Company's current Annual Information Form for a discussion of the uncertainties, risks and assumptions associated with these statements. Readers are urged to consider the uncertainties, risks and assumptions carefully in evaluating the forward-looking information and are cautioned not to place undue reliance on such information. We have no intention and undertake no obligation to update or revise any forward-looking statements, whether as a result of new information, future events or otherwise, except as required by applicable securities law.

About Roots Established in 1973, Roots is a premium outdoor-lifestyle brand. We unite the best of cabin and city through unmistakable style built with uncompromising comfort and quality. We offer a broad range of products designed for life’s everyday adventures, including...