OTTAWA, July 30, 2019 /CNW/ - Egg Farmers of Canada is proud to announce their work with McDonald's Canada, beginning with the launch of the Egg Quality Assurance™ (EQA™) certification mark on McDonald's advertisements this summer for the freshly-cracked Canada Grade A large egg in their limited-time Egg BLT McMuffin® sandwich.

The McDonald's advertisements will be the first time that most Canadians see the new EQA™ certification mark, with it appearing on television, print and digital channels from today until the beginning of September. 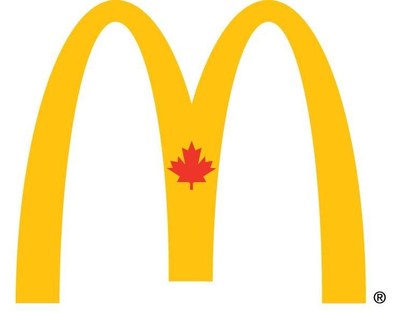 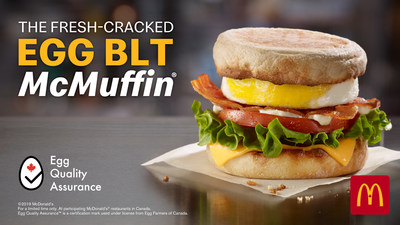 "The EQA program is the culmination of decades of work building world-class standards in the Canadian egg industry. Those standards are upheld through our national programs that include inspections and third-party audits," said Roger Pelissero, third generation egg farmer and Chair of Egg Farmers of Canada. "We are pleased that McDonald's Canada is displaying our EQA mark on their McMuffin® sandwiches, showcasing their pride in Canadian eggs and the farmers that produce them."

"We are committed to industry leading certification, and working with other leaders is at the core of our sourcing strategy," said Rob Dick, Supply Chain Officer, McDonald's Canada. "Our goal is to benefit Canadian consumers and food producers, and working with the Egg Farmers of Canada accomplishes exactly that."

Visit eggquality.ca to find out more about Egg Farmers of Canada's EQA™ program.

About Egg Farmers of Canada

Now in its fifth decade as one of Canada's leading agriculture organizations, Egg Farmers of Canada manages the national egg supply and promotes egg consumption while representing the interests of regulated egg farmers from coast to coast. For more information visit eggfarmers.ca.

In 1967, Canadians welcomed the first McDonald's restaurant to Richmond, British Columbia. Today, McDonald's Restaurants of Canada Limited has become part of the Canadian fabric, serving close to three million guests every day. Together with our franchisees, we proudly employ nearly 100,000 people from coast-to-coast and more than 90 per cent of McDonald's 1,400 Canadian restaurants are locally owned and operated by independent entrepreneurs. Of the almost $1 billion spent on food, beverages and packaging, more than 85 per cent is purchased from suppliers in Canada. For more information on McDonald's Canada visit McDonalds.ca.