OTTAWA, July 31, 2019 /CNW/ - To mark National Peacekeepers' Day on August 9th, deployed Canadian police officers will be available for interviews on August 7, 2019 to speak about their personal experiences on mission.

Interviews will be on a first come first served basis for one-on-one 20-minute blocks. If you are interested in interviewing any of the police officers listed below, please contact RCMP Media Relations (613-843-5999 or [email protected]). 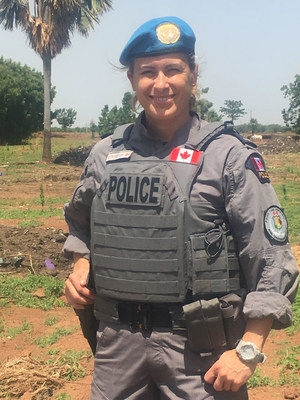 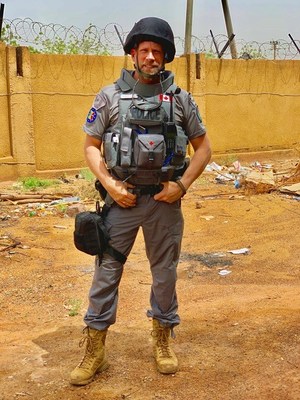 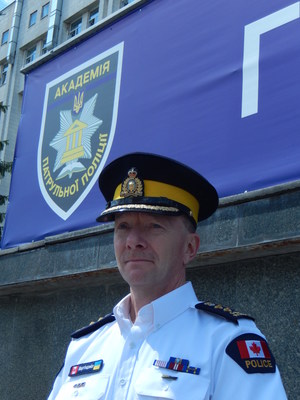 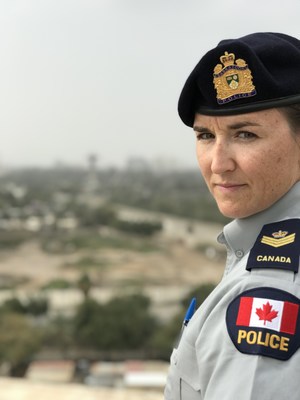 Superintendent Kelly Bradshaw is the Canadian Contingent Commander in charge of all Canadian police officers in Mali. In MINUSMA, Supt Bradshaw works with the Integrated Strategic Planning Unit. She has over 23 years of experience in the RCMP, having worked in British Columbia and the National Headquarters in Ottawa. She has a breadth of experience in general duty policing, Public Order/Tactical Troops, Federal Policing and National Security, Human Resources, as well as Technical Investigations Services. She also has a Master's degree in (International) Conflict Analysis and Management. She is the proud mother of two sons.

Sergeant Stevens Hamelin is the first Canadian police officer to deploy to the European Union's civilian capacity-building mission, EUCAP Sahel Mali. He has over 26 years of experience as a police officer, including 22 years for the City of Montreal. His desire to deploy on a peace operation has motivated him since 1999. He had the privilege to deploy to Haiti in 2011-2012, and is now working in Bamako, Mali as a human resources management trainer, teaching supervisors from the Malian police, gendarmerie and guard.

Chief Superintendent Glenn Martindale Royal Canadian Mounted PoliceCanadian Police Mission in UkraineCurrently deployed in UkraineBilingualAvailable by telephone only: 9:00am to 11:00am EDT

Chief Superintendent Glenn Martindale is the Contingent Commander for the Canadian Police Mission in Ukraine. In this role, he leads a team of more than 20 deployed officers delivering training on a range of topics including police safety, criminal investigations, de-escalation and crisis response, and preventing and responding to sexual and gender-based violence. C/Supt Martindale has been a member of the RCMP for thirty years, having worked in various areas of policing, including general duty, a Joint Force Drug Section leading organized crime investigations, the Integrated National Security Enforcement Team, as well as the Director of Covert Operations. In 2006, he joined the RCMP International Program where he served as a police liaison officer in The Hague, Netherlands for 4 years. Continuing his work within International policing, he headed the National Central Bureau for INTERPOL Canada. C/Supt Martindale has been married to his wife Cathy for over 30 years and is the proud father of two children.

Sergeant Erin Coates was the first female Canadian police officer to deploy to Iraq. She was part of the team that provides key training to the Government of Iraq civilian security entities, including enhancing and implementing a Female Policing course for female Iraqi police officers. Sgt Coates is a 19-year member of the Saskatoon Police Service. Her education includes a Bachelor of Science degree, majoring in Criminal Justice with a minor in Sociology. In the course of her law enforcement career, she has worked with the Integrated Drug Unit, Integrated Proceeds of Crime Unit, Sex Crimes Unit, Divisional Section within Patrol, and the Major Crime Unit. Sgt. Coates has accumulated considerable experience in a variety of criminal investigations and enjoyed training others in her area of expertise, particularly on the topic of writing search warrants.