Honouring All Canadians who Served in the Second World War

OTTAWA, Sept. 5, 2019 /CNW/ - The first of five shipments containing Liberation75 tulip bulbs arrived last week in Canada from the growers in the Netherlands. Intended for planting this fall before the frost, the Liberation75 bulbs will produce a bright orange, crown-shaped tulip next spring 2020, in recognition of the people of the Netherlands and their Royal Family whom found a safe haven in Canada during the Second World War and to celebrate the 75th anniversary of the liberation of the Netherlands by Canadian troops in 1945. 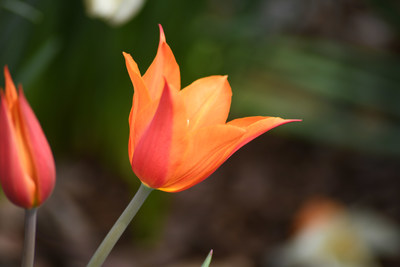 Each of the limited quantity of 1.1 million Liberation75 tulips is intended to honour each of the 1.1 million Canadians who sacrificed in the service of freedom during the Second World War. Canadians are encouraged to participate in this commemorative campaign by planting these special edition Liberation75 tulip bulbs in their yards and gardens, in memory of friends or family who have served.

"We have met so many veterans and their family members through our commemorative efforts at The Canadian Tulip Festival," exclaims Canadian Tulip Festival Chairman and President, Mr. Grant Hooker. "We have seen the incredibly positive effect remembrance has on the family and friends of those who should never be forgotten.  It is the festival's honour and responsibility to ensure this vital piece of our country's history is celebrated annually, and as 2020 marks such an important anniversary, we are proud to have spearheaded this national Liberation75 campaign."

The Canadian Tulip Festival, in partnership with the National Capital Commission, The Royal Canadian Legion and lead sponsor KLM Royal Dutch Airlines are also grateful to the Kingdom of the Netherlands for repeating the original 1945 gift of 100,000 tulips from the Netherlands to Canada. This honour was bestowed on Canadian Veteran Don White, who received the tulip bulbs symbolically from Princess Margriet herself in Apeldoorn this past Monday, September 2, 2019.

From these special tulip bulbs, 1100 school across Canada will be receiving 75 bulbs each, along with an education guide that will be made available to all schools through the www.liberation75.ca website.

The National Capital Commission has also generously matched the Dutch gift of 100,000 Liberation75 tulips, which are being planted across the National Capital Region. With the support of program partners such as The Royal Canadian Legion, Communities in Bloom and the Canadian Garden Council, the Liberation75 Commemorative planting campaign is reaching Legion Branches, Signature Gardens and Municipalities from coast to coast to coast.