Airline expands travel options between the U.S. and Western Canada 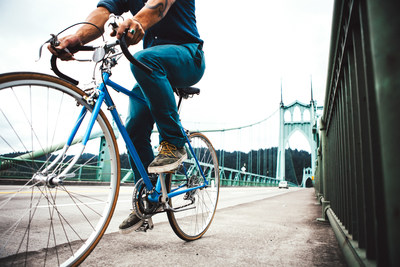 "We're thrilled to welcome the cities of Portland and Austin to the WestJet network," said Arved von zur Muehlen, WestJet Chief Commercial Officer. "Including Atlanta, which starts on March 3, these three key markets help diversify Alberta's economy, open new trade links and forge stronger connections between Alberta and these major destinations. We look forward to connecting friends, families and economies across the country and world this summer."

The new routes are part of WestJet's 2019 summer schedule, which includes previously announced non-stop flights to London (Gatwick), Paris and Dublin from Calgary on its Boeing 787-9 Dreamliners along with new non-stop service from Calgary to Atlanta, Ga.

"A love of the great outdoors is shared by Calgary and Central Texans," said Jim Smith, Executive Director, Austin-Bergstrom International Airport. "We look forward to those in Calgary enjoying Austin style fun and we thank WestJet for connecting us to fun in a cooler climate."

"We are extremely happy WestJet is adding these two U.S. destinations at YYC Calgary International Airport this spring," said Bob Sartor, President and CEO, The Calgary Airport Authority. "The routes will allow our guests to explore two exciting cities in the United States."

"Calgary thrives as a city because of our connections to the world and stronger ties to leading cities in Texas and the West Coast means more opportunities for business and tourism," said Mary Moran, President and CEO, Calgary Economic Development. "As a leading business centre in Canada, we applaud WestJet for its continued investment in Calgary and for adding direct air service to great cities like Austin and Portland that will create even more opportunities for people and companies to connect."

WestJet will also increase service on the following routes from Calgary:

Other highlights of WestJet's 2019 summer schedule include:

This summer, WestJet will operate over 750 daily flights in peak summer to 92 destinations including 42 in Canada, 23 in the United States, 27 in Mexico, the Caribbean and Central America, and five in Europe.