MONTRÉAL, Aug. 13, 2019 /CNW Telbec/ - The Musée d'art contemporain de Montréal is proud to unveil its exciting fall program, offering visitors a chance to explore a highly diversified group of art practices by celebrated contemporary artists. Two high points will punctuate the season: first, the MAC is once again partnering with MOMENTA | Biennale de l'image to present to the public, for the first time in North America, Francis Alÿs: Children's Games. Second, in October, painting will make a grand return to the museum with one of the great Canadian masters of the medium: Janet Werner. 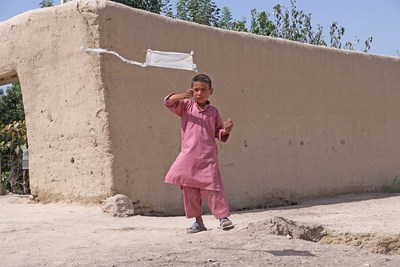 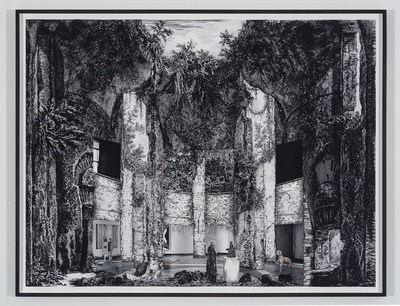 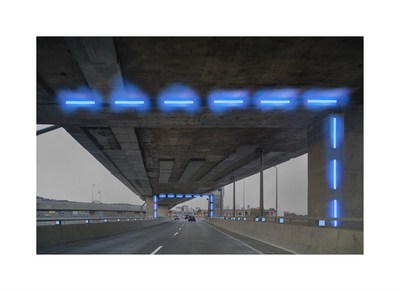 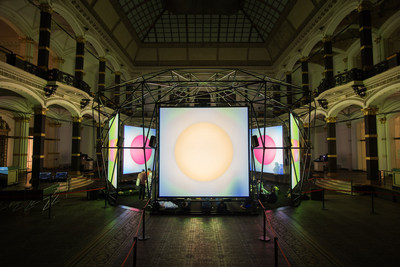 Québec and Canadian artists also take centre stage with exhibitions by Luis Jacob and Serge Tousignant, Gisele Amantea, and Alain Paiement. In November, the MAC presents EMERGE, the largest gathering of performance art ever organized at the museum. Finally, the fall season begins today at the MAC, which is hosting a major immersive installation as part of the MUTEK festival, ISM Hexadome, until September 2nd.

And then there are the cultural activities, with the Inclusion in Action program and the 13th Max and Iris Stern International Symposium (October 4–6). Workshops for families and adults, interactive visits, encounters with artists and curators, and the SéminArts program continue throughout the fall season.

"True to its reputation, the MAC steps off the beaten path!" noted John Zeppetelli, Director and Chief Curator of the MAC. "This fall is particularly multidisciplinary, and visitors can expect a program that highlights the most current, relevant, and varied avenues of contemporary art. Only at the MAC can you see, in a single visit, such a wide diversity of practices, ranging, for example, from a major video installation to the deliciously stylized work of a contemporary painter, to an extraordinary audiovisual experience, to performance art."

World-renowned for his body of work at the crossroads of the political and poetic, disrupting our perceptions of the world, Belgian artist Francis Alÿs is interested in everyday gestures and the political and symbolic potential that they contain. Ongoing since 1999 and now comprising nearly twenty videos, this project shows how children turn simple, ordinary things—coins, stones, plastic bottles and so on—into the raw material for unlikely and fantastical universes. Through the sparkling imagination of children, Alÿs presents an intimate yet political view of the universal and unifying nature of games.

Painting takes centre stage at the MAC this fall with a major survey of the last decade of work by Montréal painter Janet Werner. Visitors will have an opportunity to gauge the scope of Werner's practice; since the 1990s she has developed a unique genre of fictional portraits featuring invented subjects. References to pop culture, humour, and the carnivalesque mingle with an aura of strangeness in Werner's works as she explores different portrait styles, some executed in cadavre exquis manner, from collages of found, cut-out, and rearranged fashion photographs. She is also interested in the context in which paintings are produced, and she shifts away from portrait mode to explore the artist's environment and the studio.

A major figure in Canadian painting who has played a prominent role in updating the portrait genre, Werner blurs the lines between abstraction and realism, between real and imaginary, to the spectator's delight.

The MAC hosts ISM Hexadome, an immersive 360-degree installation combining the arts and high tech, for its only Canadian stop on its North American tour. This amazing experience involves nine projections on six giant screens by various artist duos, both rising stars and well-known music and image artists, such as Thom Yorke and Ben Frost. Two world premières complete this unprecedented offering: upon invitation by MUTEK, artist Herman Kolgen will create a tenth work in situ to be added to the installation on August 20 and the New York collective Little Cinema will present an adaptation of Darren Aronofsky's film Mother! Part of the official program for the 20th edition of the MUTEK festival, ISM Hexadome is a collaboration between MUTEK and the Institute for Sound & Music (ISM) in Berlin.

Revisiting the MAC Rotunda in an original and disruptive way in a new series of ink-jet prints, Gisele Amantea combines photographic documentation of this iconic space of the Museum with drawings inspired by Giovanni Battista Piranesi's mid-eighteenth-century etchings. Her stated intent is "a personal critique of the museum and a musing both on its power dynamics and on the position I have in relation to it as an artist." Exhibiting these prints in the Rotunda, the MAC playfully participates in a critique of its own institution at a moment of anticipation before the transformation project begins, in which the Rotunda is slated to disappear.

Works by artists Luis Jacob (Toronto) and Serge Tousignant (Montréal) are brought together in an unprecedented pairing that shows how a field of artistic research – in this case, the spectator's experience – can be conveyed in different ways. Jacob offers visitors a series of images, his Album X, in which the heterogeneity of subjects and absence of descriptive legends creates a context in which spectators are free to reconstruct linkages and unusual relationships. The effect of Tousignant's polychrome sculptures formed of colourful shapes is to engage in a more direct relationship with spectators by acting directly on their experience of the space.

The result of research developed over a four-year period, Bleu de bleu frames a small concrete-and-asphalt stretch of the world along Highway 20 between Pierre Elliott Trudeau International Airport and downtown Montréal. In this exhibition, the MAC presents the work as it has been integrated into the Musée collection: an installation made up of thirty-two videographic, photographic and sculptural elements, whose conceptual nature is intrinsically linked to its monumental, eponymous in situ placement. The work at the museum remains an experience of time and space, but one revealed through layers of data: it comprises a near-inextricable, labyrinthine series of documents and images, of plans, drawings, surveys and projections.

Organized by guest curator Mehdi Brit and MAC curator Mark Lanctôt, EMERGE is an event dedicated to contemporary performance that brings together ten of the most important Canadian and European artists in the discipline. The most complete gathering of performance art ever mounted at the MAC, EMERGE will offer a stimulating encounter among theatre, visual arts, and body art, highlighting the pluridisciplinary nature of the most tantalizing current practices. A series of panels and lectures will accompany the event to complement the program of works presented.

The most comprehensive exhibition ever presented of the work of Anishinaabe artist Rebecca Belmore, Facing the Monumental, presents a group of strikingly visceral images—in sculptures, videos, and photographs—that address the urgent question of our times. With boundless beauty, sensitivity and resilience, her work explores our problematic relationships with territory, women's lives, historic events and ongoing violence against Indigenous peoples.

Underway since September 2018 and lasting until March 2020, the Inclusion in Action program offers a group of educational activities, free of charge, for Indigenous people, people living with a handicap, and immigrants in a situation of vulnerability. Participants are invited to visit the exhibitions differently, to participate in creative workshops adapted to their situation, and to discuss their perception of art.

The physical and social inclusion that results from this mixing of audiences certainly spark thought on respect for differences, as well as intercultural dialogue and promote discussions and closer connections on the human, artistic and emotional levels.

The program is made possible with support from the Ministère de la Culture et des Communications, as part of the Plan d'action de la nouvelle Politique culturelle du Québec.

Developed alongside presentation of Rebecca Belmore's exhibition, the 13th Stern Symposium looks at the situation of Indigenous women and the recent reports published in Canada and Québec regarding how they have been treated. The program includes performative readings, theoretical reflections, and a presentation by Belmore. The symposium will offer an opportunity to hear several Indigenous women leaders discuss the questions that concern them.

The Musée d'art contemporain de Montréal is a provincially owned corporation funded by the ministère de la Culture et des Communications du Québec. It receives additional funding from the Government of Canada and the Canada Council for the Arts.

The MAC would also like to thank its media partners: La Presse and The Gazette. As part of Francis Alÿs: Children's Games, the MAC extends its thanks to Cinéma Beaubien and Cinéma du Parc, as well as the Montreal International Documentary Festival (RIDM) (November 14 – 24, 2019).

The ISM Hexadome North America Tour is funded by the German Federal Foreign Office, implemented by the Goethe-Institut and supported by the Federation of German Industries (BDI) under the "Year of German-American Friendship" program called "Wunderbar Together". In Montréal, the project is a collaboration with the Musée d'art contemporain de Montréal with the additional financial support of the Government of Québec.

EMERGE is a co-production of the Musée d'art contemporain de Montréal, Goethe-Institut Montréal and the Consulat Général de France à Québec as members of the Montréal cluster of cultural institutes of member countries in the European National Institutes for Culture (EUNIC), along with the Istituto Italiano di Cultura Montreal and the Embassy of Spain in Ottawa. The project received generous support from the Franco-German Fund, the Conseil des arts et des lettres du Québec, the Consulate General of Switzerland and the Royal Norwegian Embassy.

Rebecca Belmore: Facing the Monumental is organized by the AGO and curated by Wanda Nanibush, Curator, Indigenous Art. The MAC presentation is organized by Lesley Johnstone, Curator and Head of Exhibitions and Education.