SAMBRO, NS, Dec. 6, 2017 /CNW/ - The Government of Canada is investing in new Search and Rescue (SAR) lifeboats to ensure that the Canadian Coast Guard has the equipment they need to keep Canadians and Canadian waterways safe. 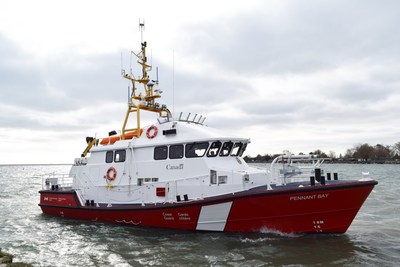 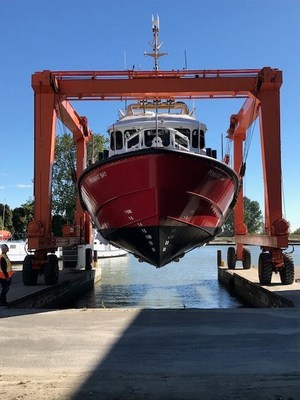 On behalf of the Honourable Dominic LeBlanc, Minister of Fisheries, Oceans and the Canadian Coast Guard, Andy Fillmore, Member of Parliament for Halifax announced today that Atlantic Region will receive a new lifeboat, called the CCGS Pennant Bay. The vessels in this class are all named after bays in Canada and are built under the Federal Infrastructure Initiative and the Fleet Renewal Plan. The CCGS Pennant Bay is expected to be delivered to the Coast Guard later in the month (December 2017).

This new high endurance Search and Rescue lifeboat is the first vessel out of six built at Hike Metal Products in Wheatley, Ontario. Once operational, this SAR lifeboat will operate up to 100 nautical miles from shore, delivering modern search and rescue capability.

Quotes:"I'm proud to announce this investment in the Canadian Coast Guard which will serve to protect Canadians in the Atlantic Region and keep our waterways safe. The CCGS Pennant Bay is an example of the government's investment in essential infrastructure in the region which will support the safety of those working on the water in our area."

"Infrastructure investment is a priority for our Government. It benefits all Canadians and demonstrates the federal government's commitment to promote the maritime industry—a key economic sector for a number of regions. We are proud of this investment and the key search and rescue services that these vessels will provide across the country for years to come."

"Our Government is proud to support the women and men of the Canadian Coast Guard. Today's announcement is yet another example of how the National Shipbuilding Strategy is providing the Coast Guard with the equipment it needs to protect and serve Canadians."

For more information about the Canadian Coast Guard, visit www.ccg-gcc.gc.ca.