LAVAL, QC, Dec. 4, 2019 /CNW Telbec/ - The Société de transport de Laval (STL) was the proud recipient of the Prix Argent Excellence tactique (tactical excellence gold award in the communications tools category) at yesterday's annual gala of the Société québécoise des professionnels en relations publiques (SQPRP) held at the Montréal Casino. The winning entry was the video developed to launch the public transit authority's new branding. The award is the result of a team effort with Forsman & Bodenfors, the agency that created and produced the video. While the STL's former branding was entirely illustration-based, the new branding platform focuses on photographs of transit users and employees to project a more human and representative face. Video was chosen as the most effective strategy to personify the change and bring the message to life, with motion also being the perfect medium to reflect public transportation. 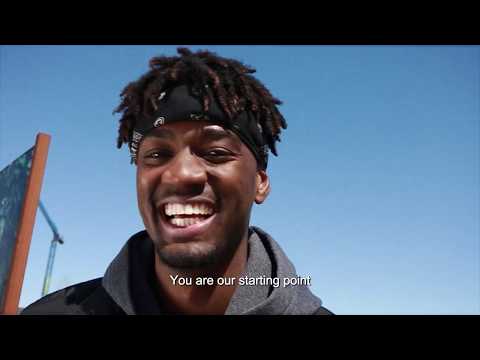 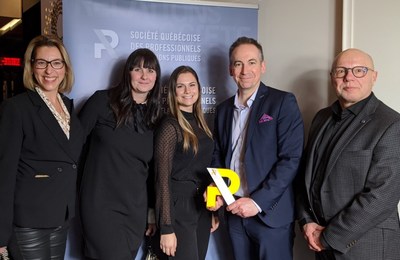 The challenge then became communicating this comprehensive shift in a clear, confident and powerful way. More urban look and feel, new unique colours, a friendlier tone, supported by an inspiring narrative and a cast of transit users and employees of all ethnic backgrounds, styles and ages, men and women alike. The urban soundtrack, shoulder-mounted camera, graphic animation, and above all, the narrative, perfectly encapsulate the STL vision in just 50 seconds.

Making a statement by "making public transit out of the ordinary"

"The video embodies our desire to state more forcefully than ever our commitment to the wellbeing of the planet by showcasing public transit as a logical and attractive solution. The idea of 'making public transit out of the ordinary' is motivating everyone at the STL to make a difference via the quality of our service."

The STL develops and operates an integrated network consisting of buses, school transport, shared taxis, and paratransit transport which together combine for 19+ million trips per year. The STL's regular bus network consists of 46 routes, some 2,700 stops and covers over 1,400 kilometres across the Laval territory. The STL is among the most innovative transit authorities in the world, thanks to initiatives such as being the first in North America to operate a 100% electric 40-foot bus, and introducing as early as 2010 a passenger information system that dispatches real-time bus arrival information to riders. In 2017, the STL rebranded its Quality Commitment Program into the only customer service pledge of its kind in Canada. That same year, it also became the first transit authority in Canada to accept credit cards on buses. www.stl.laval.qc.ca.

Forsman & Bodenfors is a global creative collective working to build the most human and iconic brands in the world. Forsman & Bodenfors is a new name in Québec advertising, but it has been active in the Québec communications landscape since 1958. Fast Company named Forsman & Bodenfors one of most innovative companies of 2018, ranking it fifth. Forsman & Bodenfors was also recently named one of Ad Age's 2019 agencies to watch. The Montréal office can tap into the broad and diversified expertise of 600+ employees operating in seven other offices: Gothenburg, New York, Stockholm, London, Toronto, Shanghai and Singapore.