Restaurant in Debert, N.S., sold over 4,400 Nova Scotia Strong donuts, the most in the country

TORONTO, May 7, 2020 /CNW/ - Tim Hortons and its 1,500 restaurant owners are thanking the Canadians across the country who bought a Nova Scotia Strong Donut and contributed to raising more than $1.4 million for the Canadian Red Cross Stronger Together Nova Scotia Fund.

Officially launched last week, 100 per cent of the retail price of each Nova Scotia Strong Donut sold was collected to support those affected by the recent tragic events in Nova Scotia. 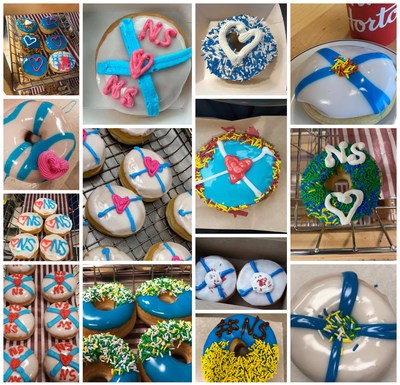 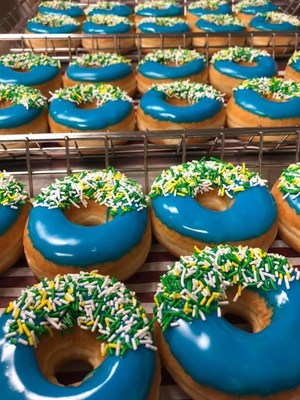 The campaign was bolstered by the support of NHL stars and Nova Scotia natives Sidney Crosby and Nathan MacKinnon who recorded a video to help raise awareness of the fundraising efforts.

"I want to say a huge thank you to everyone who bought a Nova Scotia Strong donut at Tim Hortons this past week," said Crosby. "With your support, we were able to raise over $1.4 million dollars that will go to support those who were impacted by this terrible tragedy. Thank you for stepping up and coming together during this tough time."

The most Nova Scotia Strong Donuts sold at a single restaurant was in Debert, one of the close-knit Nova Scotia communities that was struck by this tragedy. Debert is also home to a Tim Hortons distribution centre that employs many residents in the region.

"We knew this campaign would resonate with our local community but we were still blown away by the response," said restaurant owner Quinn MacKenzie, whose location sold more than 4,400 Nova Scotia Strong Donuts. "And it was really amazing to see how the rest of the country all got behind us to support this cause. We're truly grateful."

In order to begin fundraising as soon as possible, Tim Hortons made the unconventional decision to forgo a standardized design for the Nova Scotia Strong Donut and encouraged owners to use their creativity and create a design with the ingredients they had available. The result was a wide array of creative designs from Tim Hortons bakers who clearly put their hearts into the task.

"It was incredible to see how inspired our bakers were in designing their own Nova Scotia Strong Donuts," said Tim Hortons Chief Marketing Officer Hope Bagozzi.

"And it was so heartwarming to see the overwhelming response from Canadians who made an effort to support their neighbours in Nova Scotia during this really difficult time."

The Canadian Red Cross Stronger Together Nova Scotia Fund, in partnership with the Nova Scotia government, will support individuals, families and communities impacted by the Nova Scotia tragedy with immediate and long-term needs, including resiliency and capacity building.

"This contribution from Tim Hortons to the Stronger Together Nova Scotia Fund is a direct reflection of the heartfelt support from Canadians across the country," said Conrad Sauvé, President and CEO of the Canadian Red Cross. "All of the funds raised will help to meet the immediate and long-term needs of the people deeply affected by this tragedy."

In 1964, the first Tim Hortons® restaurant in Hamilton, Ontario opened its doors and Canadians have been ordering Tim Hortons iconic Original Blend coffee, Double-Double ™ coffees, Donuts and Timbits® in the years since. Over the last 55 years, Tim Hortons has captured the hearts and taste buds of Canadians. Tim Hortons is Canada's largest restaurant chain operating in the quick service industry serving over 5 million cups of coffee every day with 80% of Canadians visiting one of nearly 4,000 Tim Hortons in Canada at least once a month. More than a coffee and bake shop, Tim Hortons is part of the Canadian fabric and guests can enjoy hot and cold specialty beverages – including lattes, cappuccinos and espressos, teas and our famous Iced Capps™ – alongside delicious breakfast, sandwiches, wraps, soups and more. Tim Hortons has more than 4,800 restaurants in Canada, the United States and around the world. For more information on Tim Hortons visit TimHortons.ca.