TORONTO, Dec. 11, 2019 /CNW/ - Canadian premium outerwear and accessory brand Nobis is proud to announce a partnership with NBA champion Serge Ibaka, Toronto Raptors centre. Ibaka will be the brand's global ambassador and will be featured in upcoming campaigns over the next year. 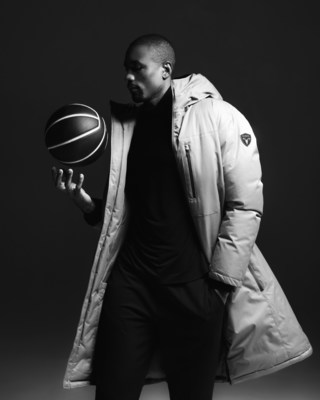 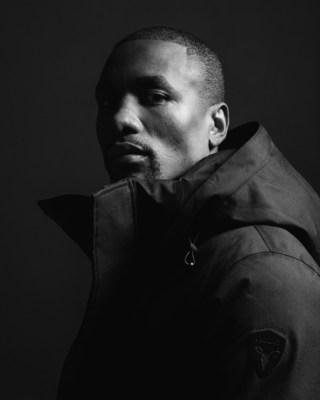 Off the court, the basketball star has become an international fashion and lifestyle icon – he is often snapped in bold looks inspired by style in his native Brazzaville as well as European fashion hubs. His thoughtful and globally inspired style, as seen at Paris Fashion Week last summer, made him the perfect fit for Nobis.

The latest editorial campaign images with Ibaka, shot by renowned director and photographer Justin Wu, feature Nobis' Kane Utility Parka and Martin Parka and are among the first in a series of collaborations to be rolled out until early 2021.

ABOUT SERGE IBAKA Born in the Republic of the Congo to parents who were both basketball players, Ibaka developed a love for the game from an early age and turned to it as an outlet during the Congo's civil war. He played at home during his youth and then in Barcelona, Spain, where he was first drafted by the NBA to play for the Oklahoma City Thunder, and later the Orlando Magic. He was eventually traded to the Toronto Raptors in 2017, with who he later signed a three-year contract and won the NBA Championship in 2019. Outside of basketball, Serge Ibaka is committed to helping those in need through the Serge Ibaka Foundation, whose projects focus on health and education for orphans in Congo (working with UNICEF to renovate orphanages, providing healthcare supplies and medical devices such as hearing aids). When he's not on the court or working for those in need, he enjoys playing Congolese music with friends and developing his personal style.

ABOUT NOBIS  In 2007, "Nobis"- Latin for "us" was launched. Nobis is a globally renowned Canadian premium outerwear and accessory brand that embraces the conviction that trends may come and go but style, function and quality will remain forever timeless. Collections are designed for the ever-changing global winters, unpredictable seasonal conditions and the growing need for fashionable and functional outerwear. Under InnoVision Holdings Corporation, Nobis continues to test new boundaries in the fashion outerwear and accessories markets at a rapidly growing rate. In 2010, Nobis was selected as one of the three finalists of the Markham Board of Trade Global Business Excellence Award. Nobis is currently available in over 35 countries, in North America, Europe and Asia including US, UK, Germany, Sweden, Norway, Finland, Denmark, Czech Republic, Austria, Japan, Korea, and of course, our home Canada.