– Registration is Free at NBA.com/WinnersCorner – 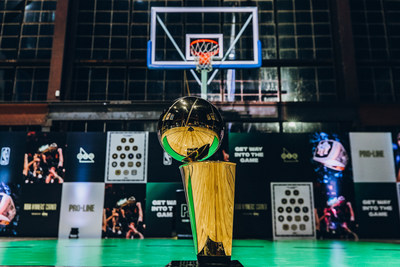 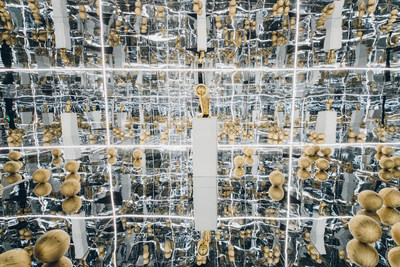 "We're proud to debut a brand-new, contemporary experience for basketball fans in Ontario ahead of the 2019 NBA Playoffs," said NBA Canada Managing Director Dan MacKenzie.  "Thanks to the dedicated support of OLG and their shared passion for innovation, this event will capture the imagination of fans at the height of basketball's popularity in the country."

"We're thrilled to partner with the NBA to offer sports fans this unique opportunity to immerse themselves in the culture of champions," shared OLG Vice President of Brand & Marketing Randy Weyersberg.  "OLG makes dreams come true every day across the province of Ontario.  And for basketball enthusiasts, what greater dream is there than to be in the presence of NBA legends and the iconic Larry O'Brien Championship trophy?"

NBA Winners' Corner presented by OLG will include:

The Larry O'Brien Championship Trophy is awarded annually to the winning team of the NBA Finals. Designed by Tiffany & Co. in 1977, the trophy is comprised of nearly 16 pounds of sterling silver, then vermeiled in 24 karat gold.

About the NBAThe NBA is a global sports and media business built around four professional sports leagues: the National Basketball Association, the Women's National Basketball Association, the NBA G League and the NBA 2K League.  The NBA has established a major international presence with games and programming in 215 countries and territories in 50 languages, and merchandise for sale in more than 100,000 stores in 100 countries on six continents.  NBA rosters at the start of the 2017-18 season featured 108 international players from a record 42 countries and territories.  NBA Digital's assets include NBA TV, NBA.com, the NBA App and NBA League Pass.  The NBA has created one of the largest social media communities in the world, with 1.5 billion likes and followers globally across all league, team, and player platforms.  Through NBA Cares, the league addresses important social issues by working with internationally recognized youth-serving organizations that support education, youth and family development, and health-related causes.

About OLGOLG is a crown agency that develops world-class gaming entertainment for the Province of Ontario.  Acting in a socially responsible way, OLG conducts and manages land-based gaming facilities; the sale of province-wide lottery games; PlayOLG Internet gaming; and the delivery of bingo and other electronic gaming products at Charitable Gaming Centres. OLG is also helping to build a more sustainable horse racing industry in Ontario. Since 1975, OLG has provided nearly $50 billion to the people and Province of Ontario to support key government priorities like health care; the treatment, prevention and research of problem gambling; and support for amateur athletes. Each year, proceeds from OLG's operations also support host communities, Ontario First Nations, lottery retailers and local charities across the province.