HALIFAX, June 9, 2019 /CNW/ - Known as "the people's marathon", over 10,000 participants lined up at the start line for one of the seven running events this weekend at the Scotiabank Blue Nose Marathon, raising over $500,000 as part of the Scotiabank Charity Challenge.

Cal Dewolfe (2:34.41) and Clara Lownie (3:24.24) were first to cross the finish line in the Scotiabank Full Marathon after a fantastic run through the vibrant streets of Halifax, Nova Scotia for the 16th annual Scotiabank Blue Nose Marathon weekend. 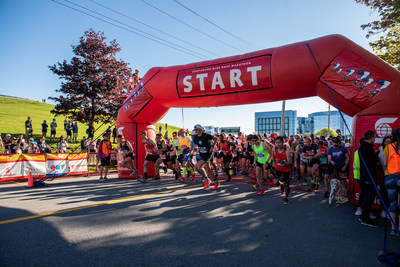 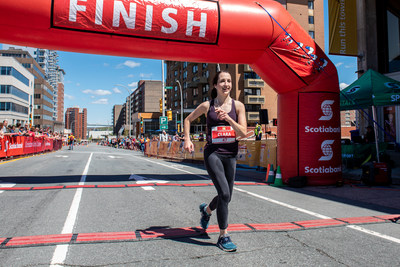 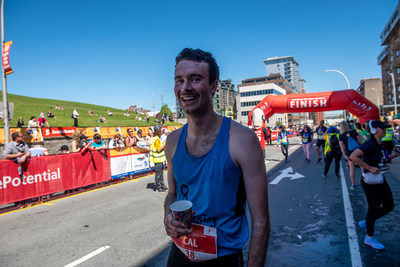 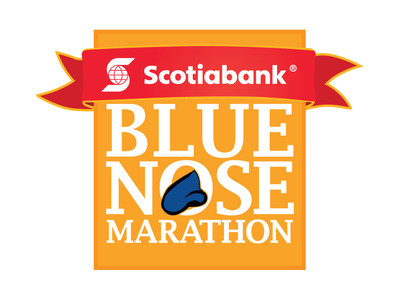 At press time, the Scotiabank Charity Challenge had raised over $500,000 in support of 61 official charities. The total funds raised is expected to continue to grow as fundraising remains open until July 8, 2019.

"At Scotiabank, investing in our communities has been a focus for 187 years. Through the Scotiabank Charity Challenge, we aim to inspire individuals to fundraise in support of their favourite charities," says Jim Rogers, District Vice President, Halifax at Scotiabank. "Our goal has always been to help create a better life for people in the communities we serve, and with the Scotiabank Charity Challenge, we've raised over $500,000 so far at this year's Scotiabank Blue Nose Marathon. This is an accomplishment to be proud of, and I know that the funds raised will have a huge impact in the communities where we live, work, and run."

The Scotiabank Charity Challenge is a turnkey fundraising program that provides a simple way for participants in these races to support local causes that make a significant impact on Canadian communities. Participating charities keep 100 percent of the proceeds raised, as Scotiabank pays for all transaction and credit card fees. Since 2003, over $70 million has been raised as part of the Scotiabank Charity Challenge across Canada.

"Thanks to the support of the community, the 16th annual Scotiabank Blue Nose Marathon was an incredible success," said Rod McCulloch, Chair of the Board of Directors, Scotiabank Blue Nose Marathon. "The city of Halifax truly does rally behind this event and every participant, fundraiser, sponsor, volunteer and spectator should be proud of what they accomplished this weekend."

About ScotiabankAt Scotiabank, we aim to support organizations that are committed to helping young people reach their infinite potential. Young people are our future leaders and Scotiabank's goal is to help ensure that they have the necessary skills and resources they need to support their success. Together with our employees, the Bank supports causes at a grassroots level. Recognized as a leader for our charitable donations and philanthropic activities, in 2018, Scotiabank contributed more than $80 million to help our communities around the world.

Scotiabank is Canada's international bank and a leading financial services provider in the Americas. We are dedicated to helping our more than 25 million customers become better off through a broad range of advice, products and services, including personal and commercial banking, wealth management and private banking, corporate and investment banking, and capital markets. With a team of more than 99,000 employees and assets of over $1 trillion (as at April 30, 2019), Scotiabank trades on the Toronto Stock Exchange (TSX: BNS) and New York Stock Exchange (NYSE: BNS). For more information, please visit www.scotiabank.com and follow us on Twitter @ScotiabankViews.

About Scotiabank Scotiabank is a leading bank in the Americas. Guided by our purpose: “for every future,” we help our customers, their families and their communities achieve success through a broad range of advice, products and services, including personal and commercial...