Home furnishings retailer to donate a value of $50,000 in home furnishings to support children's right to play and grow in a safe and secure environment

BURLINGTON, ON, Aug. 22, 2019 /CNW/ - IKEA Canada is pleased to announce its partnership with Women's Shelters Canada to create a better everyday life for children residing in women's shelters nationwide. With the belief that play is a fundamental human right, IKEA Canada is partnering with women's shelters in each of its local store regions to create and furnish custom play areas, for a total commitment of $50,000 in home furnishings value. 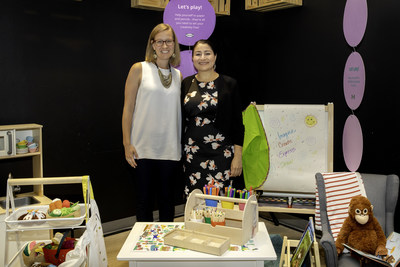 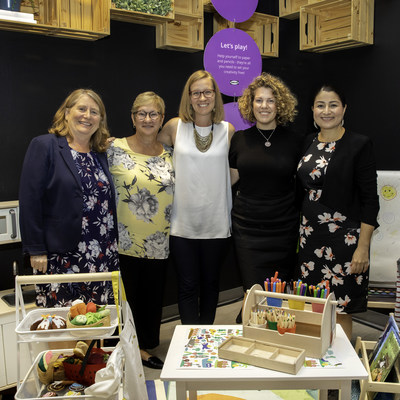 "At IKEA, we believe every child has the right to play and develop in a safe and secure environment," said Melissa Mirowski, Sustainability Manager, IKEA Canada. "Our partnership with Women's Shelters Canada supports us in our goal to create a play movement, emphasizing the importance of play for children and adults alike, while also alleviating the barriers to play facing vulnerable children in Canada and across the world."

Today's announcement was shared at the IKEA Burlington store, where IKEA Canada welcomed the Honourable Maryam Monsef, Minister of International Development and Minister for Women and Gender Equality. Who together with Lise Martin, Executive Director, Women's Shelters Canada, Diane Beaulieu, Executive Director of Halton Women's Place, and IKEA Canada Sustainability Manager Melissa Mirowski, hosted a discussion on the importance of play in creating safe spaces for women and children.

"Everyone has a role to play in advancing gender equality and supporting survivors of gender-based violence. With thousands of women and children in shelters across Canada, we need everyone engaged. This is an issue that touches all of us, and only by working together through partnerships like this one will we truly advance gender equality. I commend IKEA Canada and Women's Shelters Canada for their leadership and collaboration, and hope this serves as a model for others, particularly those in the private sector, to get involved."

Women's Shelters Canada represents over 400 shelters across Canada and works as a unified voice to collaborate, educate, and innovate for systemic change that ends violence against women. According to Statistics Canada, of the women in shelters with parental responsibilities, 76 per cent were admitted with one or more of their children. Of those children, approximately 81 per cent are under the age of 11.

"It is particularly important for children who have been exposed to or have experienced violence in the home to feel safe and secure when they are residing in a shelter," said Lise Martin, Executive Director, Women's Shelters Canada. "Play is an essential way that children can process and heal from their experiences with domestic violence, and these new, custom play areas will help facilitate that."

The IKEA commitment to enhance the lives of children and families globally is born in part out of the UN Convention on the Rights of the Children, which states that every child should have the right to play. Having conducted some of the world's largest research on the role of play, IKEA believes that play is vital for development and shapes who we are, makes us stronger, more creative and more active. Together with IKEA Foundation, IKEA Canada has a longstanding history in supporting children's rights across the globe, including through its Let's Play for Change campaign. Most recently, for the past three years, IKEA Canada has donated the turnover of its SAGOSKATT soft toy collection, at an approximate value of $300,000, to local charities across Canada that support childhood development. In an effort to minimize barriers for gender equality, last year, IKEA Canada donated a value of $55,000 in needed home furnishings to 13 local women's organizations - including self-employment programs for women who live with a low-income, organizations that provide shelter and support to women who have experienced abuse, and violence prevention programs.

IKEA Canada and Women's Shelters Canada will work with local shelters across the country to assess the unique needs of each and are on track to design and build all play areas by the end of the calendar year.

IKEA Group is a leading home furnishing retailer with 357 stores in more than 29 countries worldwide, which are visited by 817 million people every year. IKEA Canada has 14 stores, an eCommerce virtual store, five Pick-up and order points and 17 Collection Points. Last year, IKEA Canada welcomed 30 million visitors to its stores and 104 million visitors to the IKEA.ca website. Founded in 1943, the IKEA business philosophy is to offer a wide range of products of good design and function at prices so low that as many people as possible will be able to afford them. For more information on IKEA Canada, please visit IKEA.ca

ABOUT IKEA CANADA Founded in 1943 in Sweden, IKEA is a leading home furnishing retailer, offering a wide range of well-designed, functional home furnishing products at prices so low that as many people as possible can afford them. IKEA Canada is part of Ingka Group which...