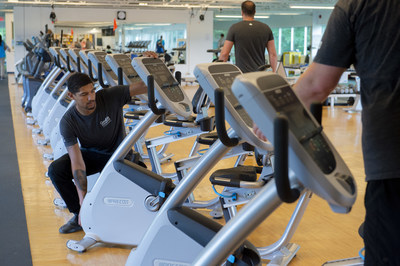 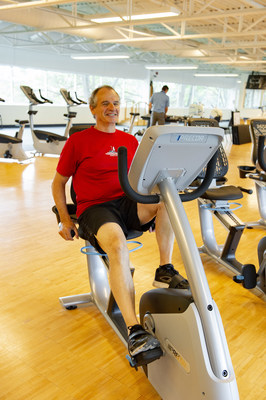 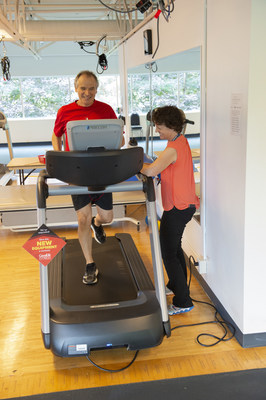 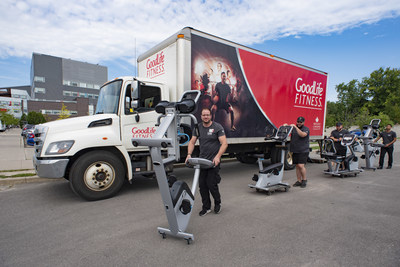 "We know the critical role that physical activity plays in heart health and rehabilitation. That's why in 2012 we collaborated with UHN and PMCC to establish the GoodLife Fitness Centre of Excellence in Cardiovascular Rehabilitation Medicine," said David 'Patch' Patchell-Evans, founder and CEO of GoodLife Fitness. "Since then, GoodLife has been proud to support the incredible medical professionals at the PMCC with the best equipment and expertise to reinforce the continuum of care for patients with heart disease by introducing fitness to their rehabilitation."

For patients in the Cardiovascular Prevention and Rehabilitation Program, the collaboration with GoodLife Fitness means greater access to the latest cardiac rehabilitation and preventative techniques and equipment, a supportive environment to strive for their rehabilitation goals, overall improved health and wellness and a significantly decreased likelihood of another cardiac episode.

"Exercise is a vital part of living with heart disease – people who exercise have a much higher chance of successful recovery and improved long-term outcomes than those who don't," says Dr. Oh. "Thanks to GoodLife's ongoing support we've been able to provide patients with a great space to work on their heart health through exercise."

Tony Cesta is part of the cardiac rehabilitation program and has been working with cardiac rehab exercise therapists to build up an exercise routine along with his recovery treatment. Despite being physically active all his life, 62-year-old Cesta learned 10 years ago that he had a blockage in one of his main arteries. When the blockage grew to 90 per cent, he was admitted to hospital to have a stent installed.

Before the procedure, Cesta never felt any chest pain and was exercising at a high level. After the procedure, it was important to allow the stent to heal, while resuming a more moderate level of exercise.

Now, Cesta is half way through the six-month cardiac rehab program. As a lifelong hockey player and long-distance runner, Cesta's challenge is different from many patients. He has received a prescription for exercise and is learning how to regulate and control his heart during physical activity. He has also reintroduced resistance training to his fitness routine to balance out the cardio.

"Most patients are recovering from more serious heart issues including heart attacks, by-pass surgery and transplants. Some have not exercised before and are starting from scratch. I have always been very active, so for me, the challenge is to build up my tolerance and not push myself too hard," says Cesta. "I wear a heart rate monitor and pay attention to my breathing to make sure I'm exercising in a safe zone. That control is what I needed for peace of mind and to recover effectively. I want to know I'm not doing damage."

With the help of the cardiac rehabilitation program, Cesta hopes to get back to his previous fitness level and continue being active. He says he's benefitting from the expertise and access to equipment at the Rumsey Centre.

"I'm running and cycling five times a week, as well as doing resistance exercises twice a week. I'm experimenting with heavier weights and increasing my cardio endurance with guidance. The program helps me understand my limits," he says.

In 2012, GoodLife Fitness committed $5 million to the PMCC with the goal of transforming the lives of Canadians affected by heart disease and helping prevent this reality for many.

Funds are used to revitalize the space and update the equipment at rehabilitation facilities throughout UHN, and to fund innovative research in cardiovascular care, allowing UHN to improve patient outcomes, both here and around the world.

About the Peter Munk Cardiac CentreThe Peter Munk Cardiac Centre (PMCC), established through the generous support of the Munk family, is the premier cardiac centre in Canada. Since its opening, the PMCC has saved and improved the lives of cardiac and vascular patients from around the world. Each year, more than 163,000 patients receive innovative and compassionate care from multidisciplinary teams in the PMCC, which trains more cardiologists, cardiovascular surgeons, and vascular surgeons than any other hospital in Canada. The PMCC is based at Toronto General and Toronto Western hospitals – members of University Health Network. For more information, please visit uhn.ca/PMCC.

About GoodLife FitnessProudly Canadian since 1979, GoodLife Fitness is the largest fitness club chain in Canada and the fourth largest overall in the world. With over 400 clubs from coast-to-coast, including GoodLife Fitness, Fit4Less by GoodLife and ÉconoFitness Clubs, approximately 14,100 employees and more than 1.5 million members, GoodLife is helping to transform the health and wellness of 1 in 25 Canadians. www.goodlifefitness.com