"We're thrilled with our new three-year partnership with GoodLife Fitness, and look forward to working together to provide our fans with new and exciting game day activations," said Blue Bombers President & CEO, Wade Miller. "Partnering with GoodLife was a natural fit given our shared values and community focus." 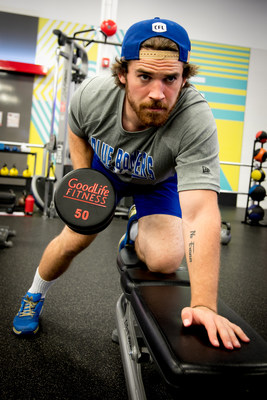 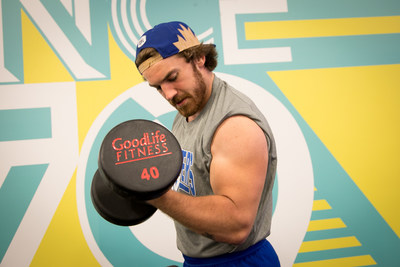 The three-year agreement includes a presenting sponsorship for one home game per season, opportunities to enhance the fan experience at IG Field for each home game and more. The Blue Bombers Cheer and Dance Team will also host practices and training camps at GoodLife facilities.

This season, GoodLife will be the official game day sponsor for the Blue Bombers' clash with the Montreal Alouettes on October 12, 2019. Additional details about activations for the Family Day game will be announced at a later date.

"We are so excited to further strengthen our great relationship with the Blue Bombers over the next three years and beyond" said David Patchell-Evans, Founder and CEO of GoodLife Fitness. "GoodLife is proud to have been part of the community for the last 15 years. Our passion for helping Winnipeggers achieve their health and fitness goals is matched only by the city and province's passion for the Blue Bombers."

GoodLife opened its first Winnipeg Club in 2004 and now has seven Clubs in the Manitoba capital and another in Brandon. In June, the company announced a $30 million investment in the city of Winnipeg that will include two brand-new Clubs and an upgraded downtown facility that will be relocated to the 300 Main building. GoodLife's investment will be its largest in any city coast-to-coast over the next two years.

A new 60,000-square foot facility – one of GoodLife's largest in Canada – is under construction in the Refinery District at Bishop Grandin Boulevard and Waverley Street. The Co-Ed club is scheduled to open in Winter 2019, in advance of the new downtown location in Spring 2020 and a 27,000-square foot instalment in St. Vital in Summer 2020.

About GoodLife Fitness Proudly Canadian since 1979, GoodLife Fitness is the largest fitness club chain in Canada and the fourth largest overall in the world. With over 400 clubs from coast-to-coast, including GoodLife Fitness, Fit4Less by GoodLife and ÉconoFitness Clubs, approximately 12,400 employees and more than 1.5 million members, GoodLife is helping to transform the health and wellness of 1 in 25 Canadians every day.