QUÉBEC, Jan. 15 2020 /CNW Telbec/ - Atrazine is one of the most widely used pesticides in North America. Researchers at the Institut National de la Recherche Scientifique (INRS) have developed a new method to degrade it that combines a new nanostructured material and sunlight.

Atrazine is found throughout the environment, even in the drinking water of millions of people across the country. Conventional water treatments are not effective in degrading this pesticide. Newer processes are more effective, but use chemicals that can leave toxic by-products in the environment. 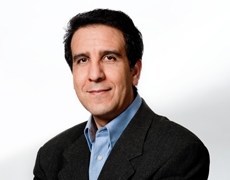 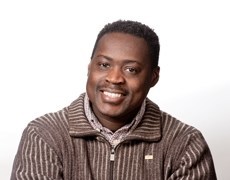 Professor My Ali El Khakani, an expert in nanostructured materials, and Professor Patrick Drogui, a specialist in electrotechnology and water treatment, have joined forces to develop a new ecological degradation process for atrazine that is as chemical-free as possible. "By working synergistically, we were able to develop a water treatment process that we would never have been able to achieve separately. This is one of the great added values of inter disciplinarity in research," says Professor El Khakani, lead author of the study, whose results are published today in the journal Catalysis Today.

The researchers use an existing process, called photoelectro-catalysis or PEC, which they have optimized for the degradation of atrazine. The process works with two photoelectrodes (light-sensitive electrodes) of opposite charges. Under the effect of light and an electrical potential, it generates free radicals on the surface of the photoelectrodes. Those radicals interact with atrazine molecules and degrade them. "The use of free radicals is advantageous because it does not leave toxic by-products as chlorine would do. They are highly reactive and unstable. As their lifetime is very short they tend to disappear quickly," explains Professor Drogui, who is a co-author of the study.

To make photoelectrodes (light-sensitive electrodes), Professor El Khakani has chosen titanium oxide (TiO2), a material that is very abundant, chemically stable, and used in many applications including white pigment in paints or sunscreens. Usually, this semiconducting material converts the light energy provided by UV rays into active charges. In order to take advantage of the entire solar spectrum, i.e. visible light in addition to UV, Professor El Khakani had to make the TiO2 films sensitive to visible sunlight. To this end, his team modified titanium oxide on an atomic scale by incorporating nitrogen and tungsten atoms using a plasma process. This doping reduces the photon energy required to trigger PEC in these novel photoelectrodes.

Since the PEC process is genuinely a surface phenomenon, the treatment of a large volume requires a large surface area of the photoelectrodes. For this, Professor El Khakani's team exploited to the advantages of nanostructuring the surface of photoelectrodes. "Instead of having a flat surface, imagine sculpting it on the nanoscale to create valleys and mountains. This increases the active surface available without changing the physical surface. This is called nanostructuring. Thus, the active surface is artificially increased by several thousand times compared to the physical surface. With 1 g of material, active surface areas between 50 and 100 m2 can be achieved—that's about the surface of an apartment!", says Professor El Khakani.

New process efficiency and its limits

Once the photoelectrodes were developed and integrated into a PEC reactor, Professor Drogui's team optimized the process. His team first used samples of demineralized water to which atrazine was added. PEC with the photoelectrode eliminated about 60 percent of the pesticide after 300 minutes of treatment. Researchers then moved on to real samples of water collected from the Nicolet River (QC, Canada) near areas of intensive corn and soybean agricultures where herbicides are often used.

When using actual water samples, only 8 percent of the atrazine was degraded initially. This low percentage is due to the presence of suspended particles that prevent much of the light from reaching the photoelectrode. In addition, the species present in the solution can attach to the electrode thus reducing its active area. Capitalizing on its expertise in water decontamination, Professor Drogui's team carried out pretreatments based on coagulation and filtration of certain species before applying the PEC approach again. They then succeeded in degrading 38 to 40 percent of atrazine in the real samples.

The treatment efficiency remains relatively low compared to synthetic water because real water contains bicarbonates and phosphates that trap free radicals and prevent them from reacting with atrazine. "Pre-treatment by chemical coagulation helps remove phosphates, but not bicarbonates. Calcium could be added to precipitate them, but we want to minimize the use of chemicals," says Professor Drogui.

According to the authors, their new optimized PEC could be used as a tertiary treatment, after removing suspended particles and coagulable species. However, a pre-industrial demonstration stage is required before thinking about large-scale use. Finally, their process has been used to degrade atrazine, but the two teams continue to work together to address other emerging pollutants and antibiotic residues in water.

The Institut National de la Recherche Scientifique (INRS) is the only institution in Québec dedicated exclusively to graduate level university research and training. The impacts of its faculty and students are felt around the world. INRS proudly contributes to societal progress in partnership with industry and community stakeholders, both through its discoveries and by training new researchers and technicians to deliver scientific, social, and technological breakthroughs in the future.