TORONTO, Jan. 28, 2020 /CNW/ -- Happy Birthday HBC! This year Hudson's Bay Company celebrates its 350th anniversary, marking an incredible milestone in the company's rich and complex history. To commemorate the occasion and thank our customers, Hudson's Bay will mount an exciting series of celebratory events throughout the year that bring people together, spark conversation, and inspire Canadians to live a colourful life. To kick things off, Hudson's Bay is re-issuing a series of limited-edition point blanket colourways inspired by previous decades, as well as new brand collaborations that will launch on the second day of each month. 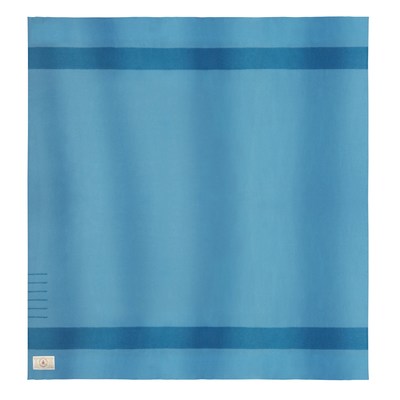 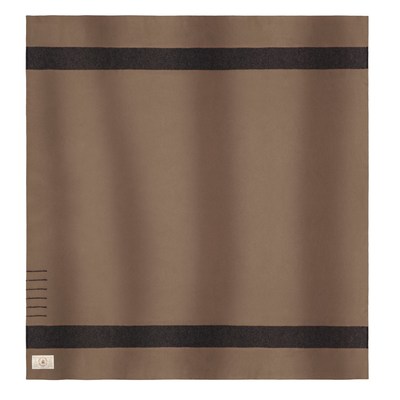 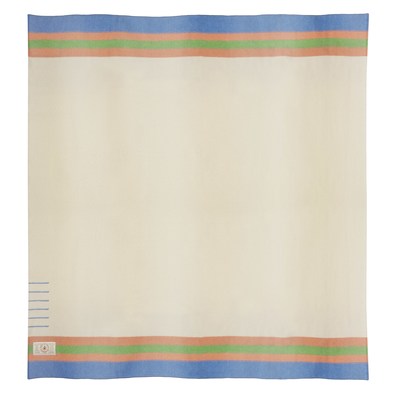 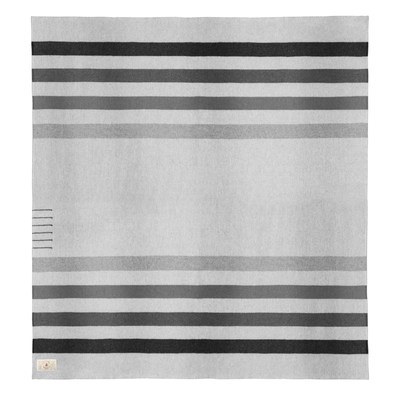 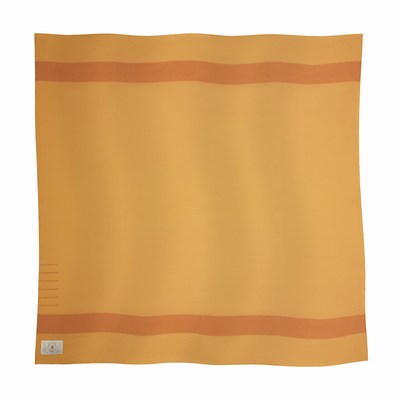 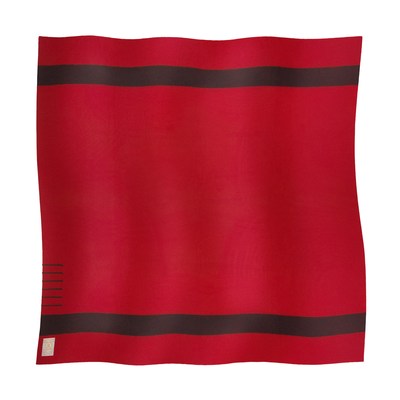 "The Hudson's Bay Company story is vast and interwoven with the history of this country", says Iain Nairn, President, Hudson's Bay. "Beginning this year with the launch of our blankets - which have been an indelible part of the company for nearly its entirety - is a fitting start to our celebrations. We look forward to marking this milestone year and celebrating with Canadians across the country."

For nearly two and a half centuries, the Hudson's Bay Point Blanket has been an iconic product in Canada and around the world. During the 18th century, wool blankets were among the most popular trade items in the Canadian fur trade and by 1779, HBC began shipping Point Blankets to company trading posts on a regular basis to keep up with demand. The Point Blanket had many practical uses during the fur trade; fur traders, voyageurs, and Indigenous peoples regularly styled blankets into custom wrap coats, called capotes, nearly 200 years before the first commercial blanket coat was introduced by Hudson's Bay in 1922. Throughout the 20th century, HBC continued to produce and sell Hudson's Bay Point Blankets in a variety of colourways. While the Multistripe design is the most iconic colourway, this year, Hudson's Bay has rereleased a series of special, limited-edition blankets in a variety of historic colourways and patterns.

The Sky Blue Hudson's Bay Point Blanket - FebruaryOriginally introduced as part of the Pastel Tones colourway series of 1929, the bold hue of the Sky Blue Hudson's Bay Point Blanket fit the modern interior design schemes of the time. Its tone-on-tone bars and points have not been available for sale since the 1980s. The blanket is meant to evoke and honour Canada, from the rushing rivers to the new morning horizons.

The Camel Hudson's Bay Point Blanket - MarchFirst introduced to shoppers in the 1920s, the camel colourway features a bold, classic colour and bars and points in black and indigo. Embodying the timelessness and warmth of a classic camel coat, the enduring beauty of this reissued Point Blanket reflects Hudson's Bay's role as a fashion leader in Canada.

The Ice Cream Hudson's Bay Point Blanket - AprilA perfect colourway for embodying spring's optimism, the pastel pink, blue and green stripes against the cream field conjures up images of fresh blooming flowers. This pattern was first introduced by Hudson's Bay in 1957, coinciding with the popularization of suburban shopping malls and all of the colourful fun they promised.

The Gold Hudson's Bay Point Blanket - JuneThis radiant hue was originally released as part of the pastel series of 1929, along with a pale yellow dubbed Canary. The golden yellow field with darker gold bars and points enjoyed decades of popularity. Reissued once before in the mid-1980s, it is back, bringing to mind the joy of waking up to the bright, pure sunshine of an idyllic Canadian summer day.

The Scarlet Hudson's Bay Point Blanket - JulyThe bold red blanket embodies many cherished memories for generations of customers, having been in production continuously since the 17th century. As one of the first colourways introduced by Hudson's Bay, it actually predates the MultiStripes and the selection of red and white as Canada's national colours. It can also be seen in iconic Canadian artwork depicting Hudson's Bay Company's early trade days.

Unique CollaborationsOver the past decade, Hudson's Bay has worked with some of the world's most coveted brands and designers on limited-edition collaborations featuring Hudson's Bay's iconic stripes. To celebrate HBC's 350th anniversary, Hudson's Bay has collaborated with brands including B Yoga, Armor-Lux and Sesame Street to create unique products suitable for stylish Canadians of all ages. New collaborations will launch every month beginning March 2020.

About Hudson's BayHBC, incorporated in 1670, is North America's oldest company. Hudson's Bay has grown to become Canada's most prominent department store, today operating 89 full-line locations and thebay.com. Hudson's Bay has established a reputation for quality, service, and style by offering well-edited assortments of exclusive and popular fashion, beauty, home and accessory designers and brands, as well as exclusive food concepts. It is part of the HBC brand portfolio. The signature stripes are a registered trademark of Hudson's Bay Company.