OTTAWA, Dec. 2, 2019 /CNW/ - Canadians may be surprised by the diversity of little, and little-known, species struggling within the country's borders. Close to half of the 21 wildlife species assessed by the Committee on the Status of Endangered Wildlife in Canada (COSEWIC) in November are small and underappreciated. 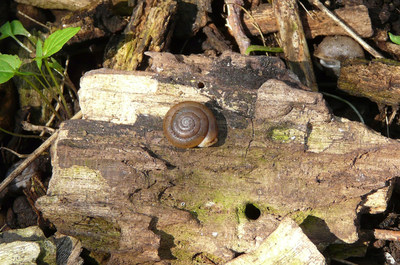 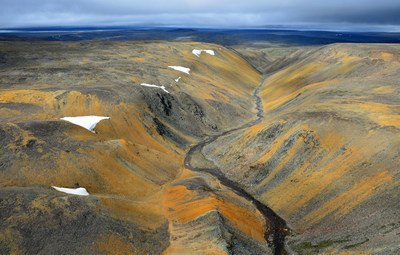 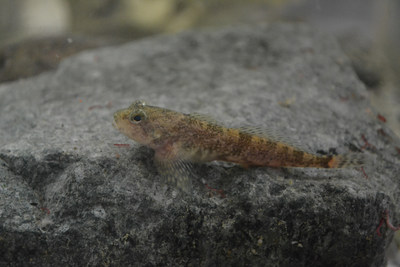 These species include a globally rare moss whose current Canadian range is a single square metre of limestone cliff in Haida Gwaii on Canada's West Coast; a tiny mustard plant found only in Northern Québec, where the entire known global population consists of 25 individuals; and a goldenrod that occurs in Canada on one small island in Lake Huron.

The future for Slender Yoke-moss "looks dire", said René Belland, Co-chair of the subcommittee tasked with its assessment. The moss was healthy when a sprig was collected in 1994 but today the colony is overgrown by algae and lichen. "Haida Gwaii is a haven for rare and interesting mosses" Belland added, "but this one is the most at risk." It was assessed as Endangered.

Slender Yoke-moss wasn't the only assessed species confined to limited habitat. Newly discovered, Puvirnituq Mountain Draba is a tiny mustard plant found on a pair of hills in Northern Québec, where it lives on geologically peculiar, uncommon orange gravel. Further south, Gillman's Goldenrod occupies a few large sand dunes on Lake Huron's Great Duck Island. Here it is threatened by Glandular Baby's Breath, an invasive relative of the well-known bouquet flower. As Jana Vamosi, Co-chair of the subcommittee tasked with assessing these plants noted, "Species that live in such rare habitats always face greater risks. Some may even be just one big storm away from oblivion." More searching is needed for the remote draba, and it was assessed as Special Concern. The goldenrod was assessed as Endangered.

COSEWIC also considered several small and unassuming animals. The Cultus Lake population of Coastrange Sculpin is a fish found in a single lake near Vancouver and was formerly considered Threatened. However, hotter, drier summers and the recently introduced predatory Smallmouth Bass have changed its prospects for the worse, and it was assessed as Endangered. Two land snails – Toothed Globe and Shagreen, both assessed as Endangered – rely on the last remnants of mature forests near Lake Erie. "Frosts and floods linked to climate change are the main concerns for at least seven rare southern Ontario snails", mollusc expert Dwayne Lepitzki warned, "…and counting."

"Caribou and whales often come to mind when people think of species at risk", noted John Reynolds, Chair of COSEWIC.  "But many lesser-known Canadian species are also in trouble.  From mustard plants in the North to snails in the South, our job is to consider them all. Each one has its own story."

Further details on all wildlife species assessed at this meeting can be found on the COSEWIC website (www.cosewic.ca).

COSEWIC's next scheduled wildlife species assessment meeting will be held in May 2020.

COSEWIC assesses the status of wild species, subspecies, varieties, or other important units of biological diversity, considered to be at risk in Canada. To do so, COSEWIC uses scientific, Aboriginal traditional and community knowledge provided by experts from governments, academia and other organizations. Summaries of assessments are currently available to the public on the COSEWIC website (www.cosewic.ca) and will be submitted to the Federal Minister of the Environment and Climate Change in fall 2020 for listing consideration under the Species at Risk Act (SARA). At that time, the status reports and status appraisal summaries will be publicly available on the Species at Risk Public Registry (https://www.canada.ca/en/environment-climate-change/services/species-risk-public-registry.html).