VANCOUVER, BC, Oct. 27, 2020 /CNW/ - Genome British Columbia (Genome BC) is thrilled to congratulate two BC-led teams for their projects designed to harness the power and potential of bio-innovation to create healthier, more sustainable and prosperous communities. 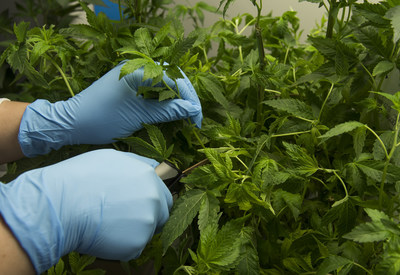 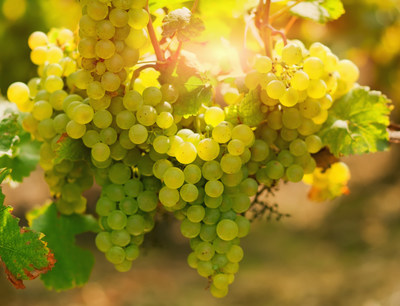 The two projects, jointly valued at over $10 million, bring together the best of Canadian applied science and commercialization. The first project, CLEan plAnt extractioN SEquencing Diagnostics (CLEANSED) for Clean Grapevines in Canada, is being led by Sudarsana Poojari (Brock University) and Xuekui Zhang (University of Victoria). Their end-user counterparts are Mike Rott (Canadian Food Inspection Agency) and Bill Schenck (Canadian Grape Certification Network). The team is working to develop a rapid, cost effective genomic solution to replace the over 30 molecular and biological tests currently performed on grapevines to look for disease. This one genomic test will speed up the release of virus-free grapevine material from about three years to one year or less, providing rapid access to valuable new varieties. The Canadian Grapevine Certification Network will use this genomic test for monitoring domestically bred vines, ensuring grape growers have faster and more affordable access to clean vines to improve the health of their vineyards.

The second project, Fast-Track Breeding of Powdery Mildew-Resistant Cannabis, is being led by Loren Rieseberg and Marco Todesco (University of British Columbia) with industry partner Greg Baute (Aurora Cannabis). This work will address a need to identify the desirable breeding traits, including resistance to powdery mildew infection, that current cannabis cultivars don't have. Genomic resources will be created that will allow the project team to characterize sources of genetic resistance to powdery mildew and begin to introduce them into Aurora's cannabis breeding program.

"It is an honour to invest in this work and we congratulate all of the successful teams," said Dr. Pascal Spothelfer, President and CEO, Genome BC. "We are realizing the power of genomic science in both of these BC-led projects; for the grapevine industry there is a huge unmet need for rapid disease testing and in the cannabis industry we are supporting the important science behind this growing industry."

Grapevine disease management has been identified by the grape grower and wine industries as a top priority for long–term sector sustainability. Estimated losses of over $23 million are currently incurred annually by Canadian grape growers due to reduced yield of infected grapes and increased fruit rejection by wineries. To replace the currently infected acreage and meet ongoing renewal of vineyards the Canadian industry needs access to 6.7 million domestically produced, virus free vines/year. The grapevine project work will be implemented at the Canadian Food Inspection Agency (CFIA) Sidney Centre for Plant Health (CPH). The proposed methodology will reduce the cost of analysis, and time required, for industry priority varieties imported into Canada, as well as the testing of certified foreign sources destined for commercial planting.

Improved cannabis cultivars will result in reduced losses to pathogen contamination and increase product quality.  The breeding pipeline itself will also be used in the future to identify other important production and high-value traits, and to create new cannabis cultivars with superior agronomic performance.

These projects were part of an announcement made yesterday by William Amos, Parliamentary Secretary (Science) on behalf of the Minister of Innovation, Science and Industry Navdeep Bains. They announced $16 million in federal support to 10 new genomics research projects funded through Genome Canada. Provincial governments, businesses and research partners are also investing nearly $41 million in co-funding, for a total investment of $56.4 million in the areas of health, agriculture and the environment.

Genome BC is a not-for-profit organization supporting world-class genomics research and innovation to grow globally competitive life sciences sectors and deliver sustainable benefits for British Columbia, Canada and beyond. Over the past 20 years, Genome BC has generated over $1.1 billion of investment in more than 425 genomics research and innovation projects, including nearly 1,000 collaborations with partners across BC and internationally. The organization's initiatives are improving the lives of people throughout BC by advancing health care in addition to addressing environmental and natural resource challenges. In addition to scientific programming, Genome BC works to integrate genomics into society by supporting responsible research and innovation and fostering an understanding and appreciation of the life sciences among educators, students and the public. genomebc.ca