-- Women's hearts are victims of a system ill-equipped to diagnose, treat and support them --

OTTAWA, Feb 1, 2018 /CNW/ - Women in Canada are unnecessarily suffering and dying from heart disease because of inequities and biases that have resulted in a system that is ill-equipped to diagnose, treat and support them.

"Heart disease is the leading cause of premature death for women in Canada, yet women's hearts are still vastly misunderstood," says Yves Savoie, CEO, Heart & Stroke.  "It's shocking that we are so far behind in our understanding of women's hearts, and that new knowledge is so slow to reach the bedside." 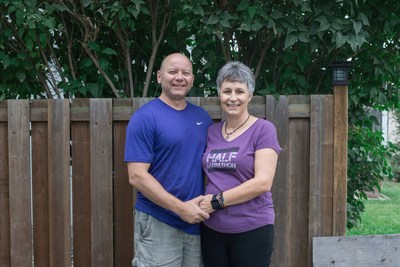 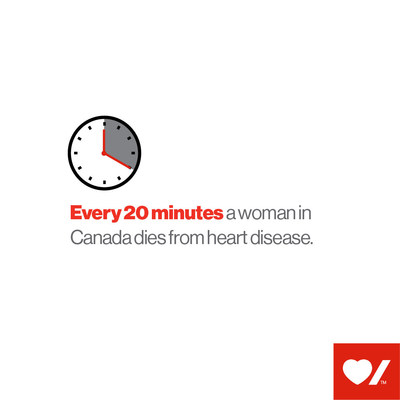 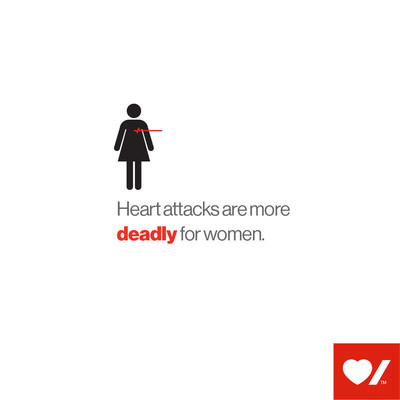 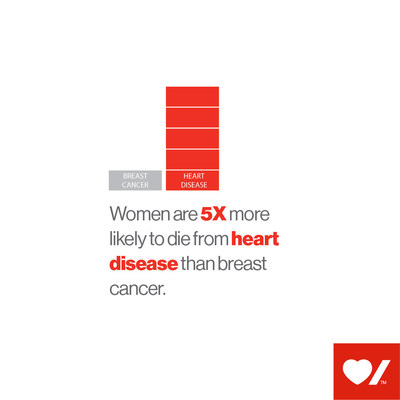 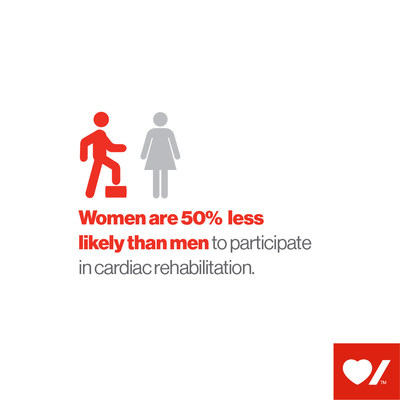 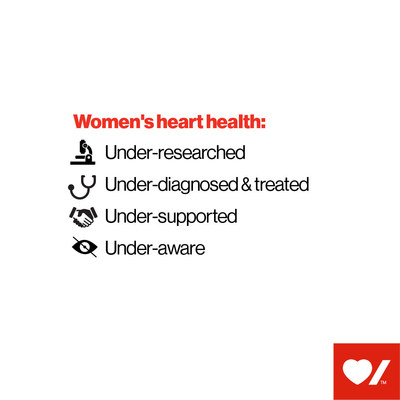 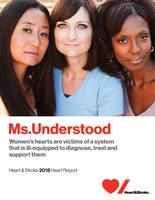 The Heart & Stroke 2018 Heart Report, released today, takes a sharp look at why we still struggle to untangle and apply new knowledge about women and heart disease.

What we do know highlights a stark reality:

"Women are under-researched, under-diagnosed and under-treated, under-supported and under-aware," says Savoie. "It's unacceptable, and the situation has got to change – we need to smash this glass ceiling."

How our system fails women

For decades, almost all health research was done on men. The assumption was that "one size fits all," and what was learned formed the basis of clinical guidelines, diagnostic procedures and therapies that, even today, are widely used for both sexes and all genders. However, data reveals severe shortcomings:

Once a woman is diagnosed with heart disease, she may find standard treatments less beneficial and more risky. She is less likely to receive care from a cardiologist, or to be referred for much needed treatments. For Indigenous women who live on-reserve, there is a lack of cardiac care resources in remote or rural hospitals.

Women are also less likely to be referred for cardiac rehabilitation by their doctor, and only half as likely as men to attend or finish a cardiac rehab program. "Through our research, we found that doctors do not perceive women will benefit from rehab as much as men," says Heart & Stroke-funded researcher Dr. Sherry Grace (professor at York University and senior scientist at Toronto Rehabilitation Institute). "And one in three doctors was not even aware of their own gender bias."

Women, and their hearts, are different

"There are important differences in women's hearts that are irrefutable and still poorly understood," says Dr. Karin Humphries, scientific director of the B.C. Centre for Improved Cardiovascular Health. "The types of heart disease that affect women can be quite different from men, and require a women-specific approach to appropriately diagnose and treat."

Some women are at even greater risk. Coronary heart disease, which can lead to heart attack, is responsible for a 53% higher death rate in Indigenous women compared to non-Indigenous women. Women of South Asian, Chinese, and Afro-Caribbean descent are at higher risk and experience higher rates of heart disease and poorer outcomes.

Even so, studies show that even though nine of 10 women have at least one of the risk factors, most underestimate their risk. Among women at highest risk, more than half downplay their risk as low or moderate.

And a new Heart & Stroke survey * of 2,000 women across Canada found low levels of health knowledge combined with high levels of unhealthy behaviours, which put women at even greater risk. Despite this, only one in five said their doctor talked to them regularly about their heart health. Knowledge about heart health was particularly low among young women, visible minorities and women in Quebec.

Sixty nine per cent said the thought of having a heart attack frightened them, yet:

"This situation is an unintended consequence of a complicated set of factors including how society conducts health research, the time needed to advance scientific knowledge, sex and gender bias, and women's  tendency, as caregivers, to put others before themselves," says Savoie.

"We urgently need to catch up," Savoie adds.  "As a country, we need to change the fact that two-thirds of clinical research still focuses on men."

Savoie notes that together we need to:

While the glass ceiling for women's heart health still exists, there are bright spots:

"Progress has been made recently, but not nearly fast enough to equitably protect women's hearts," says Savoie. "The challenge is to accelerate the pace of change, to gather new knowledge and translate it into better and safer heart healthcare for women."

Heart & Stroke has committed to action in improving women's heart health, including:

"This report is not placing blame; rather, it calls for solutions through banding together – researchers, funders, health care workers, system leaders, governments and organizations like Heart & Stroke – to transform women`s heart health," says Savoie.

One woman's story of a missed diagnosis

When Nancy Bradley of Kamloops, BC, started experiencing pain in her chest, arm and jaw while out walking her dog, she felt certain it was her turn. She was all too familiar with the signs of heart attack: her father, younger brother and two older sisters had all had heart attacks and angina. "My symptoms were just like my brother's," Nancy says. "It was really hard to breathe and my legs just didn't want to work."

She was surprised when the emergency physician told her she was having a bad case of heartburn. "I told him that I didn't think it was heartburn. There was something wrong with my heart." But her blood work and ECG had come back normal and Nancy reluctantly went home. For the next two weeks, when the pain flared up, she chewed antacids.

Not long after, the pain returned full force and she went again to emergency, where this time an ultrasound revealed that she was indeed having a heart attack and that her heart was permanently damaged. It wasn't beating properly and an artery on the left side was blocked 95%, requiring a stent.  Read more of her Nancy's story here.

"Science has been slow to recognize sex and gender differences in heart disease, and equally slow to correct this misunderstanding," Dr. Ed O'Brien , vice chair of the Canadian Institutes of Health Research Institute of Gender and Health Advisory Board and professor of cardiac sciences at the University of Calgary

"Sex and gender blinders have led to too many women dying unnecessarily," Dr. Karin Humphries, scientific director of the B.C. Centre for Improved Cardiovascular Health

"Physicians may look for other causes of a woman's symptoms, without first doing appropriate tests to rule out cardiac issues. It may not be intentional, yet when there are differences in medical care for men and women across large numbers of patients, it is an indication there is still systemic bias," Dr. Tara Sedlak, director of the Leslie Diamond Women's Heart Health Centre in Vancouver

"Women often don't put themselves first. My mom was definitely like that. After she passed away we found a piece of paper in her wallet that outlined some of the symptoms she was experiencing. She had never talked to us about them," Joannie Rochette, Canadian Olympic figure skater

"I would recommend that women be persistent. You know your own body; a person needs to follow their own gut feeling. Looking back, maybe I should have insisted more to the ER doctor the first time I went. I knew there was something wrong with my heart. I just knew it," Nancy Bradley, who was sent home from hospital after reporting heart attack symptoms

* The survey and qualitative research with women in Canada was conducted by Intensions Consulting between June 23 -29, 2017. A total of 2,000 female respondents, age 19 or over, took part in a 14-minute online survey. The results were stratified to reflect the distribution of the Canadian population by age and province as determined by 2016 Census data. The results are considered accurate to within plus or minus 2.2 percentage points, 19 times out of 20.

Heart & StrokeLife. We don't want you to miss it. That's why Heart & Stroke leads the fight against heart disease and stroke. We must generate the next medical breakthroughs, so Canadians don't miss out on precious moments. Together, we are working to prevent disease, save lives and promote recovery through research, health promotion and public policy.