OTTAWA, June 5, 2018 /CNW/ - Women are disproportionately affected by stroke throughout their lives: More women die of stroke than men, more women are living with the effects of stroke, they have worse outcomes and they face more challenges as they recover. Yet, they are confronted with challenges across the health system and often are not adequately supported according to the Heart & Stroke 2018 Stroke Report. 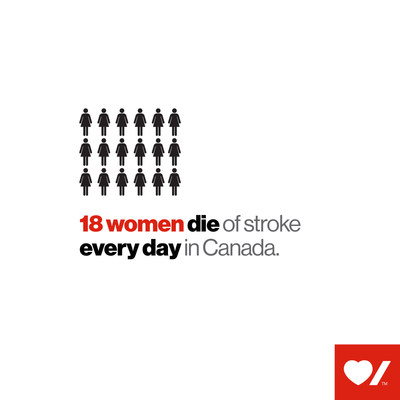 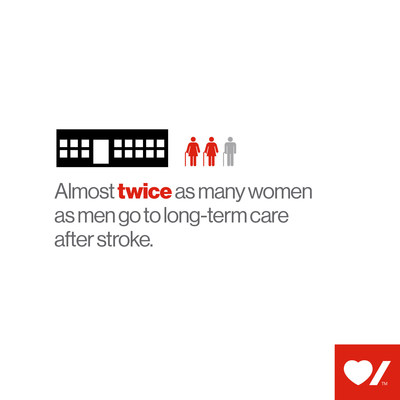 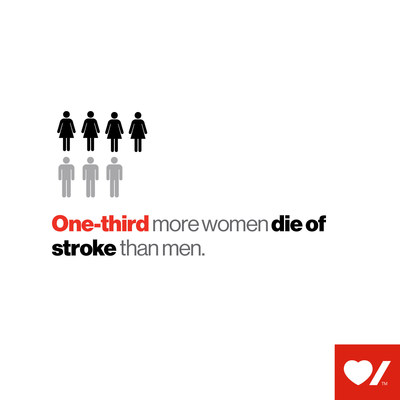 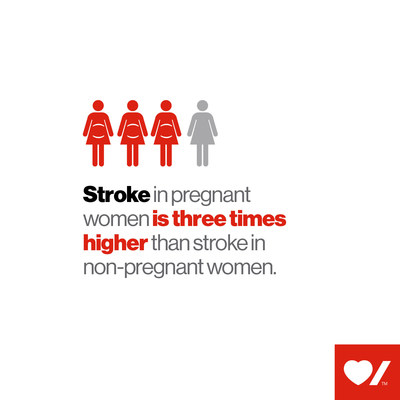 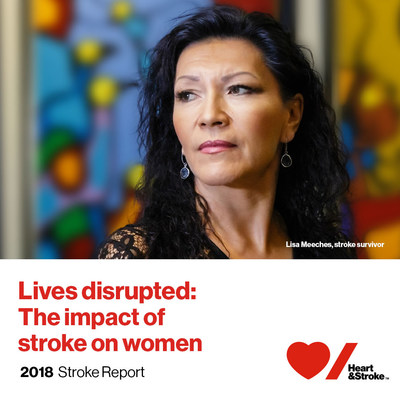 "We have seen amazing improvement in stroke awareness, care, treatment and research over the past 20 years," says Yves Savoie, CEO, Heart & Stroke. "But unfortunately women are not benefitting equally from this progress. There are opportunities throughout women's lives, depending on their risk, age, and circumstances, where they can be better informed, receive more timely care and treatment and be strongly supported to recover to the fullest."

According to the 2018 Stroke Report women face a greater stroke burden and lack support:

Women's bodies are different and they are at higher risk at key stages in their lives. Stroke in women during pregnancy is three times higher than in non-pregnant women of similar age. Stroke risk increases in women after menopause and use of hormone replacement therapy increases risk up to 30%. Elderly women face the greatest stroke burden: They have the most strokes, the most severe strokes, the poorest outcomes, are more likely to lose their independence and face the greatest challenges in recovery. They are also often excluded from research studies.

Indigenous women are at greater risk for stroke and face challenges accessing adequate treatment and recovery support. South Asian women and women of African descent are also at higher risk.

"I was at one of the best stroke hospitals in the country and saw how well the system can work," says Lisa Meeches, Ojibway from Long Plain First Nation in Manitoba, and a film and television producer who had a stroke in 2016 in her early 40s and has made a full recovery. "And without my culture and prayers, I would not have recovered."

Women are under-aware of risks and signs

According to a Heart & Stroke commissioned poll, women are not sufficiently aware of their stroke risks or of the signs of stroke. Most women – 70% – don't know any of the main risk factors for stroke and only 25% know high blood pressure is a risk factor even though it is the number one risk factor. Less than 1% know atrial fibrillation (Afib) – an irregular heart rhythm – is a risk factor, even though its risk is significant. More than one-third (36%) of women do not know any of the FAST signs of stroke and only 8% know all three.

"I had been diagnosed with atrial fibrillation but I did not realize it was a risk factor for stroke. We need to get more information out about personal risk factors and increase awareness of the signs of stroke," says Lynne Stacey, a physiotherapist who has been teaching aquafit classes to stroke and other patients for over 25 years who had a stroke at 75.

Stroke is a women's issue

Women are at the centre of stroke, whether they personally experience a stroke, or are caregivers to loved ones who have had a stroke. It impacts their roles at home, at work, and in the community, straining relationships and threatening their independence.

"Women have so many pressures on them with work and family that they do not take enough time to put their own health first," says Dr. Patrice Lindsay, Director, Stroke, Heart & Stroke.

Differences between women's and men's brain health are just starting to be understood. Opportunities exist, and will only increase, to better support brain health for all women from awareness and prevention, through care, treatment and recovery.

Heart & Stroke is committed to supporting women's heart and brain health including through a powerful new awareness campaign: #TimeToSeeRed. Learn more at heartandstroke.ca/women

The report is available at heartandstroke.ca/strokereport

About Heart & StrokeLife. We don't want you to miss it. That's why Heart & Stroke leads the fight against heart disease and stroke. We must generate the next medical breakthroughs, so Canadians don't miss out on precious moments. Together, we are working to prevent disease, save lives and promote recovery through research, health promotion and public policy.