Mental health a key focus for all parties

TORONTO, May 25, 2018 /CNW/ - With the recent passage of Bill 175, the Safer Ontario Act – a transformational piece of legislation that will significantly impact policing in Ontario moving forward – the Police Association of Ontario, Ontario Provincial Police Association and Toronto Police Association recently reached out to each major provincial political party to understand how they plan to effectively support professional policing in this province should they be elected. 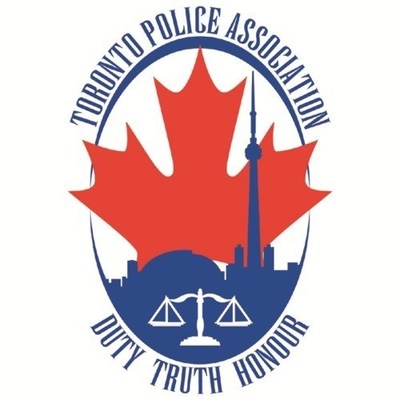 Bill 175 is a massive omnibus bill, containing many fundamental updates to how policing is conducted in Ontario, such as the introduction of the Missing Persons Act and whistleblowing protection for members of police services. However, when a Bill this large is so hastily rushed through the process of becoming law without the proper time given to consultations and feedback, it is bound to have serious flaws.

The primary concern with Bill 175 is its potential to allow municipalities to hire security guards in place of trained police to protect and maintain public safety, which will result in fewer front-line police officers in communities across Ontario.

The current Liberal government, responsible for speeding this legislation through to law, maintains that new contracts with "…entities other than a police service must be made in strict compliance with regulations we need to work together to create…", but in the absence of any specifics about which police functions those private entities might apply to, Ontarians are left to wonder whether they will have a police officer respond the next time they call 9-1-1.

Though the NDP voted in favour of Bill 175's passage, the party has come out strongly against the privatization section. "New Democrats believe policing should never be privatized. We will repeal laws passed by Liberals and Conservatives that allow the privatization of policing, including recent changes made to the Police Services Act through the Safer Ontario Act."

Conversely, the Progressive Conservative party was the only party to vote in opposition to Bill 175 when it was passed in March. They have committed to "…fix Bill 175 and treat our police with respect."

Unfortunately, mental health related 9-1-1 calls and police interactions are rising significantly in Ontario and across the country. The proper funding and implementation of accessible resources for those experiencing a mental health crisis is a health care issue, not a policing issue. Yet, some police services in this province are spending more than 15% of their budget trying to make up for the inadequate support available to this vulnerable population.

Police personnel across Ontario appreciate that all three major political parties have acknowledged the need for an increased investment in resources and supports for those struggling with mental illness.

The Liberal party has committed to:

The NDP has committed to:

The PC party has committed to:

Ontario's professional police strongly believe in initiatives that enhance transparency and build public trust. Safety is an essential component of a fair and just Ontario, and the Police Association of Ontario, Ontario Provincial Police Association and Toronto Police Association call upon the next elected provincial government to provide our police personnel with the essential support required to ensure public safety. We look forward to working together toward the continued growth of our communities across Ontario.

About the Ontario Provincial Police AssociationHeadquartered in Barrie, the Ontario Provincial Police Association (OPPA) acts as the bargaining agent for its nearly 10,000 uniform and civilian members. Of equal importance, the OPPA serves as the voice of its members in advocating for improved health and safety standards and better supports for members suffering from operational stress injuries.