TORONTO, March 8, 2018 /CNW/ - Despite some late amendments, Ontario's policing professionals remain concerned that the Government of Ontario's hasty passage of Bill 175 will hurt policing efforts in the province. Ontario's police associations remain committed to advocating for their members and the safety of Ontarians by working to correct unfair and unreasonable policies that were carried through into legislation. 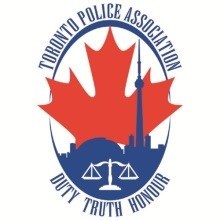 After the Wynne government introduced Bill 175 in late 2017, significant concerns were raised by Ontario's police associations. The Police Association of Ontario (PAO), the Ontario Provincial Police Association (OPPA) and the Toronto Police Association (TPA) all submitted their views regarding critical issues within the proposed legislation. While the police associations welcome reasonable, enhanced oversight to fit the realities of modern policing, Bill 175's initial scheme allowed for police officers to be fired after a job-related injury, including mental health issues like post-traumatic stress disorder, and for the privatization of core policing duties critical for public safety, like prisoner transport.

However, significant challenges remain: outsourced policing functions to private companies are not subject to oversight of public bodies, and oversight agencies have not been required to abide by legislative timeline requirements, subjecting policing professionals to unfair and wasteful administrative delays.

"The government has received over ten thousand letters from concerned Ontarians and complaints from both opposition parties," said Bruce Chapman, President of the Police Association of Ontario. "While there are still serious issues with the new legislation, I'm grateful that Ontarians recognize that policing is an important, public service and have rallied together to let this government know that they would not stand for privatizing policing in this province."

In a recent poll of 2,000 Ontarians, only 6% indicated they would privatize police services. 92% indicated they felt safe or very safe in their community and wanted to maintain or increase a police presence.

"With the complexity of this Bill and the density of the amendments, the rush by this government to pass a bill that remains deeply flawed is an affront to those who believe in parliamentary democracy and leads us to question whether this government has failed to act in the best interest of the public and members of the police sector in this Province," said Mike McCormack, President of the Toronto Police Association.

In 2006, Ontario transitioned its only privately-run jail back to the public sector. Monte Kwinter, Ontario's then-Community Safety Minister, said "the outcomes were better in the publicly run facilities," including better security, prisoner health outcomes and reduced repeat offender rates.

In 2015, Public Safety Canada identified Canada's failure to ensure effective oversight for the private security sector, resulting in an inability to ensure private security companies are not vulnerable to organized crime or illegal behaviour. They also noted an absence of evidence that privatizing police services led to any cost savings.

"Privatization efforts in the United Kingdom have resulted in a number of very negative outcomes that have really taken their toll on public safety," said Rob Jamieson, President of the Ontario Provincial Police Association. "Private providers have made significant investigatory errors; cuts to public police services have forced officers to reprioritize call responses, and the rate of crime has risen by approximately 10% – putting citizens and public safety in jeopardy."

The PAO, OPPA and TPA continue to urge members and concerned Ontarians to call and reach out to their local MPPs via KeepOntarioSafe.ca to tell them how important policing is in their communities. Ontario's policing associations will continue to work to ensure policing works for everyone in our province.

About the Ontario Provincial Police AssociationHeadquartered in Barrie, the Ontario Provincial Police Association (OPPA) acts as the bargaining agent for its nearly 10,000 uniform and civilian members. Of equal importance, the OPPA serves as the voice of its members in advocating for improved health and safety standards and better supports for members suffering from operational stress injuries.