TORONTO, Jan. 7, 2020 /CNW/ - Nighthawk Gold Corp. ("Nighthawk" or the "Company") (TSX: NHK; OTCQX: MIMZF) is pleased to report drill results from seven holes (2,676 metres) recently completed within high-grade Zone 3.5 and the southern area of Zone 3.0, part of the Colomac Gold Project ("Colomac") centrally located within its Indin Lake Gold Property, Northwest Territories, Canada. Zone 3.5 is located within the southern portion of the Colomac Main sill (Figure 1) and represents one of the better-defined higher-grade areas. Current drilling focused on expansion and infill drilling in areas within Zone 3.5's down-plunge extension to the north and testing the underexplored southern region of Zone 3.0 located immediately north of Zone 3.5. Results to-date have confirmed that the mineralized sill shows a distinct widening to depth at Zone 3.5, and that a similar expansion of the deposit's host rock (the mineralized top of the sill) to depth may exist for upwards of 3.5 kilometres of strike to the north.

Dr. Michael Byron, President and Chief Executive Officer said, "Previous drilling confirmed that the well mineralized stratigraphic top of the sill (which faces east) at Zone 1.5 and the northern part of Zone 2.0 resembles a wedge form that widens significantly to depth. Recent drilling has now confirmed that the top of the sill also appears to broaden exponentially to depth at Zone 3.5.

"Additional drilling over the 3.5 kilometres of sill that separates these two areas is expected to continue to confirm a universal widening of the mineralized portion of the intrusion to depth. Should this hold true, Colomac may become a much larger gold deposit and a stronger prospect for resource development with accelerated growth potential, as some areas have already shown expansions at depth to upwards of 3 times its near-surface true width."

Nighthawk's previous drilling at Zone 3.5 targeted mineralization to depth and along strike of the historical drilling that had first identified the zone's higher-grade nature (see press releases dated August 30, 2012; September 19, 2012; October 10, 2012; September 11, 2018; and December 3, 2019). The work also established a northward expansion to the zone (see press release dated August 20, 2012), and led to the discovery of another higher-grade area plunging beneath Zone 3.0 near the border region of Zone 3.5.

Hole C19-29 was drilled 40 metres north of C19-26 to explore the zone to depth along the northern extremity of Zone 3.5 (Figure 1) and intersected narrow patches of weak to moderate mineralization (Table 1). Additional drilling in is needed in this area, where these two zones merge, in order to better understand this underexplored region of the sill.

Hole C19-50 was collared 15 metres north of C19-26 to test the mineralized portion of the sill deeper on section below previously reported holes C18-12 and C18-12B (see press release dated September 11, 2018), and intersected 105.00 metres (45 metre true width) of 1.35 gpt Au, including 34.50 metres of 2.38 gpt Au, and including 12.75 metres of 3.23 gpt Au, extending mineralization an additional 60 metres to depth where it remains open (Figures 1, 2). Nighthawk's hole C18-09 established an 80-metre mineralized true width to the sill at a vertical depth of 450 metres, while hole C19-50, located 60 metres to the northwest, intersected a 45-metre true width at 270 metres vertical depth. C19-50 also clearly shows that at a depth of 350 metres, the true width of the mineralized portion of the sill has more than doubled up to 71 metres. This steady increase in true thickness of the mineralized portion of the sill to depth is consistent with what was observed throughout drilling at Zones 1.5 and 2.0 and has led to the understanding that the sill's expansion to depth takes on a "wedge shaped" configuration.

Hole C19-44 was collared 120 metres north of C19-29 within the southern section of Zone 3.0 to infill a 130-metre gap in drilling between shallow historical holes and previously drilled Nighthawk holes C12-11 and C12-11B (see press release dated September 19, 2012) and intersected 30.65 metres of 1.81 gpt Au, including 16.95 metres of 2.33 gpt Au, and including 5.85 metres of 3.64 gpt Au at 125 metres depth (Figures 1, 4). This intersect has confirmed that mineralization on this section exists to 350 metres vertical depth where it remains open. The southern part of Zone 3.0 remains largely unexplored to depth and will be tested to a greater extent in the upcoming 2020 drill program.

Drilling has established Zone 3.5 as a higher-grade domain of strong continuity and expansion potential, whose mineralized portion of the sill shows progressive expansion to depth. This characteristic aligns with what is known for Zones 1.5 and 2.0 and opens up the distinct possibility that the entire mineralized sill has a similar "wedge shaped" morphology for upwards of 3.5 kilometres in strike and remains open laterally.

Nighthawk has implemented a quality-control program to comply with best practices in the sampling and analysis of drill core.  Drill core samples were transported in security-sealed bags for analyses at ALS Global Assay Laboratory in Vancouver, BC ("ALS Global"). ALS Global is an ISO/IEC 17025 accredited laboratory. Pulp and metallics assaying for gold was conducted on the entire pulverized sample.

As part of its QA/QC program, Nighthawk inserts external gold standards (low to high-grade) and blanks every 20 samples in addition to the standards, blanks, and pulp duplicates inserted by ALS Global.

The Company has an experienced and dedicated team and is well funded to complete its goals and objectives over the next 12 months.

Dr. Michael J. Byron, Ph.D., P.Geo., President & Chief Executive Officer of Nighthawk, who is the "Qualified Person" as defined by NI 43-101 for this project, has reviewed and approved of the technical disclosure contained in this news release. Please refer to NI 43-101 technical report "Technical Report and mineral resource estimate update on the Colomac Property of the Indin Lake Project", dated July 26, 2018, as filed under the company's profile on www.sedar.com.

This news release contains "forward-looking information" within the meaning of applicable Canadian securities legislation. Forward-looking information includes, but is not limited to, information with respect to the Company's continued exploration programs (including size and budget) and the ability to advance targets and the timing and results thereof; and the ability to expand the current resource at Colomac with additional drilling. Generally, forward-looking information can be identified by the use of forward-looking terminology such as "plans", "expects", or "does not expect", "is expected", "budget", "scheduled", "estimates", "forecasts", "intends", "anticipates", or "does not anticipate", or "believes" or variations of such words and phrases or state that certain actions, events or results "may", "could", "would", "might", or "will be taken", "occur", or "be achieved".

Forward-looking information is based on the opinions and estimates of management at the date the information is made, and is based on a number of assumptions and is subject to known and unknown risks, uncertainties and other factors that may cause the actual results, level of activity, performance or achievements of Nighthawk to be materially different from those expressed or implied by such forward-looking information, including risks associated with the exploration, development and mining such as economic factors as they effect exploration, future commodity prices, changes in foreign exchange and interest rates, actual results of current exploration activities, government regulation, political or economic developments, environmental risks, permitting timelines, capital expenditures, operating or technical difficulties in connection with development activities, employee relations, the speculative nature of gold exploration and development, including the risks of diminishing quantities of grades of reserves, contests over title to properties, and changes in project parameters as plans continue to be refined as well as those risk factors discussed in Nighthawk's annual information form for the year ended December 31, 2018, available on www.sedar.com.  Although Nighthawk has attempted to identify important factors that could cause actual results to differ materially from those contained in forward-looking information, there may be other factors that cause results not to be as anticipated, estimated or intended. There can be no assurance that such information will prove to be accurate, as actual results and future events could differ materially from those anticipated in such information. Accordingly, readers should not place undue reliance on forward-looking information. Nighthawk does not undertake to update any forward-looking information, except in accordance with applicable securities laws. 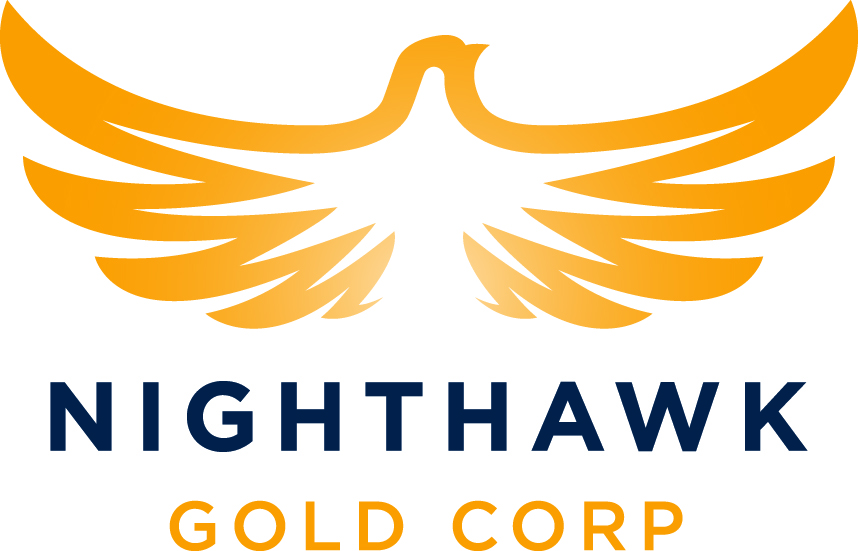