VANCOUVER, Sept. 24, 2018 /CNW/ - This October, organizations from across British Columbia's scientific research community are celebrating the powerful legacy of Dr. Michael Smith, the province's first Nobel Laureate, as we mark the 25th anniversary of his Nobel Prize. Smith's impact and foundational work in genomics inspired many and helped propel our province to international prominence as a world leader in genomics research. 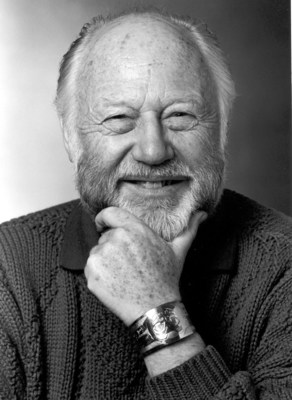 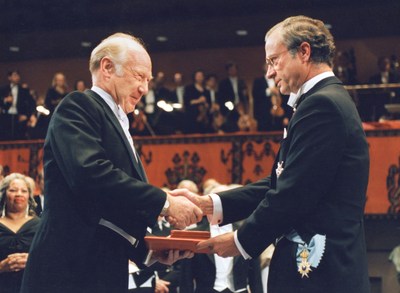 Smith's Nobel Prize was awarded for his work on site-directed mutagenesis, a revolutionary technique that allows scientists to make a genetic mutation precisely at any spot in a DNA molecule, helping us understand more about how genes work, and what happens when they go wrong.

This technique has led to new tests and treatments for diseases such as cancer, with made-in-BC treatments and practices putting the province near the top of world rankings for cancer outcomes. It has also contributed to better understanding of conditions such as Alzheimer's, cystic fibrosis and immunodeficiency disorders like HIV/AI DS.

A man of humble origins, Smith donated his entire Nobel Prize award. Half of the $500,000 prize went to researchers working in schizophrenia research, at the time a notoriously under-funded area. The other half he gave to Science World British Columbia and to the Society for Canadian Women in Science and Technology, enabling the group to continue supporting and promoting women in their education and career choices.

The Nobel Prize, and Smith's dedication to using his position to advance BC research as a whole, was a game changer for the province, vaulting the expertise of local scientists onto the world stage and putting BC on the map as a place for world-class research.

Twenty five years after the Nobel Prize, these organizations are carrying on his powerful legacy of research excellence and interdisciplinary work so that BC remains an international leader in life sciences research, making significant discoveries and bringing the benefits to British Columbians.

To celebrate the 25th anniversary, the Michael Smith Laboratories at UBC are hosting a scientific symposium on October 1, 2018, focusing on future trends in biotechnology research and education. Further information and registration information is available at www.msl.ubc.ca/25.

About Genome British Columbia: Genome British Columbia manages a cumulative portfolio of over $935M in more than 343 scientific research projects and technology platforms. We invest in genomics innovation to address critical challenges in key economic sectors such as health, forestry, fisheries and aquaculture, agrifood, energy, mining and environment. In addition to scientific programming, Genome BC works to integrate genomics in to society by supporting responsible research and innovation, and is committed to fostering an understanding and appreciation of the life sciences among educators, students and the public. genomebc.ca.

Since its inception in 2001, MSFHR has been a key participant in BC's health research and life sciences ecosystem. The Foundation works as a trusted partner with government, the health research community and the health system to support better health outcomes through research and its translation into new treatments, cures, practices and solutions. Learn more at www.msfhr.org.

Print and broadcast interviews are available with:

Dr. Michael Smith: "In research you really have to love and be committed to your work because things have more of a chance of going wrong than right. But when things go right, there is nothing more exciting."

Dr. B. Brett Finlay, professor of microbiology, Michael Smith Laboratories, UBC: "Working in science in BC, you realize how many amazing things are associated with Mike, his fingerprints are everywhere. He never set out to develop site-directed mutagenesis, he was studying a protein in yeast and wanted to change part of the DNA. Once he figured out how to do it the technique became fundamental and used universally. Mike really put Canada on the map in terms of scientific research but from working with him as a young faculty member I remember him as very humble, and very honest. He was a true scientist – he just loved science."

Dr. Jennifer Gardy, assistant professor, School of Population and Public Health, UBC: "One of the coolest things Mike Smith did with his Nobel Prize money was donate part of it to the Society for Canadian Women in Science and Technology. By investing in SCWIST he supported an entire faction of the scientific population and helped raise the voices of women in STEM. It was a really tremendous commitment from somebody that was a true visionary in this field."

Dr. Bev Holmes, MSFHR president and CEO: "Having a local researcher win the Nobel Prize had a dramatic impact on the BC research community, especially one who was so dedicated to using his position to benefit BC research as a whole. By using his influence to advance research in the province, support women in research and engage the public in science, he laid the groundwork for a thriving research ecosystem in BC – something we are proud to continue."

Dr. Marco Marra, director and distinguished scientist, Canada's Michael Smith Genome Sciences Centre, BC Cancer, and professor and head, Department of Medical Genetics, UBC: "When I interacted with Michael, he had taken on quite significant responsibilities around the promotion of science, the promotion of women in science, and addressing various social issues that he felt strongly about. He also helped create significant infrastructure that has helped BC thrive as a research hub. I think he would be pleased to see the organizations he lent his name to continue to be at the leading edge of not only science, but at the leading edge of how science can impact health and society more broadly."

Wendy Smith, daughter of Michael Smith: "The night before the Nobel Prize was announced we were celebrating my birthday at Delilah's and enjoying their legendary martini's. The next morning, not expecting to win the Nobel Prize and having taken out his hearing aids, my Dad slept through his alarm and missed the call from the award committee. When he did wake up and put his hearing aids back in to listen to the baseball score on the radio, he finally heard the phone ring and discovered that he'd won the Nobel Prize."

Dr. Pascal Spothelfer, president and CEO of Genome BC: "Smith knew something about hard work, risk, reward and rejection. His paper describing what later became Nobel Prize-worthy was rejected on its first submission but he persevered and made an enormous contribution to science. It is his indomitable spirit and dedication that we want to promote and maintain in BC's burgeoning life sciences hub."

Dr. Peter Zandstra, director, Michael Smith Laboratories, UBC: "Michael inspired leadership and influenced a generation of scientists. He gave generously to BC's scientific communities and strongly promoted science education and public outreach. It is a great honour for UBC's Michael Smith Laboratories to host a symposium celebrating Michael's Nobel Prize. Michael was an extraordinary leader who had a vision to build BC's biotechnology community. 25 years later, his impact is still felt throughout BC, leaving a legacy we continue to build upon."