TORONTO, Oct. 25, 2017 /CNW/ - On November 22 in Toronto, market leader Heffel Fine Art Auction House will present 118 masterworks at its semi-annual live auction in Toronto. The highly anticipated fall sale will take place at the historic Design Exchange in Toronto and will showcase international artistic excellence. The auction will be divided into Heffel's two fundamental sessions: Post-War & Contemporary Art and Fine Canadian Art. (All prices are in Canadian dollars and are conservative estimates.) 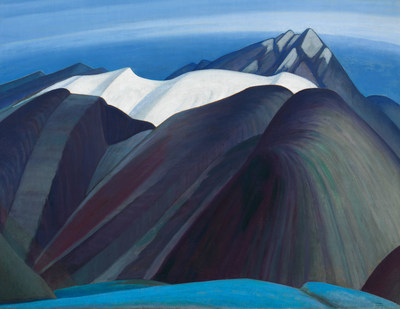 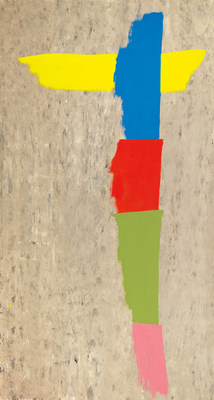 The demand for museum-quality art has grown dramatically worldwide and regional markets are being integrated into one powerful international art market. Exposure for many of Canada's most beloved artistic figures is at an all-time high, and in turn, interest from Canadian collectors has grown considerably for works by international artists. Heffel's live auction will offer major lots by treasured Canadian artists that have been collected abroad in their lifetime, as well as works by noteworthy artists from around the globe. The works have been consigned from all over the world and will be presented to an international audience this fall.

Jean Paul Riopelle, Josef Albers and Jack Bush are among the internationally collected artists featured prominently in the upcoming sale, each with major works that will spark collector interest. Most markedly, Group of Seven founder Lawren Harris has amassed global attention thanks to a critically acclaimed international exhibition and record-shattering auction results for his works. Eight exceptional artworks by Harris will be on offer in Heffel's November sale, led by Mountains East of Maligne Lake, a powerful 1925 Rocky Mountains canvas from his most sought-after period. Remarkably still in its original frame, the painting is an incredible discovery, having been in a private international collection for more than 80 years.

"The strength of the Canadian market has unearthed important works of art from collections around the world," said David Heffel, President of Heffel Fine Art Auction House. "Many of these masterpieces are making their auction debut here in Canada and we are proud to give them the attention they deserve."

To give interested buyers from across Canada an opportunity to view these works, the collection will be previewed in three cities leading up to the live auction:

For details on the previews and live auction, and to access the online catalogues, please visit www.heffel.com.

About Heffel Fine Art Auction HouseHeffel has sold more Canadian art than any other auctioneer worldwide, with sales totaling more than half a billion dollars since 1978. With offices in Toronto, Vancouver, Montreal, Ottawa and Calgary, Heffel has the most experienced team of fine art specialists in Canada and provides superior client service to both sellers and buyers internationally.

Since 1978, Heffel has connected passionate collectors across the world with outstanding works of art, with sales totaling three quarters of a billion dollars. With facilities in Toronto, Vancouver, Montreal, Ottawa and Calgary, Heffel has the most experienced team of fine...