Club House Teamed up with Canadian Foodies, Pay Chen and Andrea Bucket, to Create Cinnamon-Inspired Recipes, and has Launched a Search for People Named Cinnamon to Join the Celebration of #CinnamonSeason

MISSISSAUGA, ON, Nov. 1, 2019 /CNW/ - Today, Club House is celebrating one of the hardest working spices of the holiday season with its own National holiday – let's hear it for Cinnamon! While pumpkin spice has been getting all the glory this fall, Cinnamon has been behind the scenes delighting your favourite holiday classics like apple pie, snickerdoodle cookies, cinnamon rolls, mulled cider, sweet potato casserole, French toast, pumpkin pie and much more. 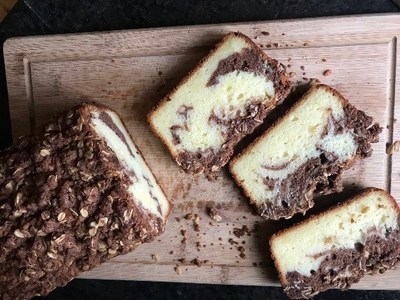 "We want to give Cinnamon the attention it deserves. Cinnamon is a beloved Canadian spice that's delicious for so many holiday dishes," said Deborah Sharpe, Marketing Director at McCormick Canada, the flavour leader in Canada.  "Today, we're sparking the start of #CinnamonSeason by calling on Canadians to share their love of Cinnamon and celebrate its warm, sweet and a bit spicy taste."

Additionally, Club House is on a mission to find and shine a spotlight on the unique people named Cinnamon. It's time these warm, one-of-a-kind Cinnamons get the recognition they deserve, just like the spice.  If you are named Cinnamon or know of anyone named Cinnamon, we invite you to help us honor them and join in the celebration of #CinnamonSeason.

To officially kick off the start of #CinnamonSeason, Club House has teamed up with local foodies, Pay Chen and Andrea Buckett, to share new recipes for Cinnamon lovers on this special National Cinnamon Day. Chen created a Cinnamon Swirl Loaf Cake that is sure to be a hit for breakfast or brunch and gift-giving.

"Holiday baking is one of my favourite activities and results in the most delicious gifts for family and friends," said Pay Chen, TV personality and food writer. "Cinnamon is often the star ingredient in many holiday recipes, so I'm thrilled to be celebrating #CinnamonSeason, which may as well be every day in my kitchen!"

Saving room for snacks, Canadian-chef and TV personality Andrea Buckett has incorporated Cinnamon uniquely into her rendition of sweet and spicy kettle popcorn that adds flare and puts the 'pop' in popcorn!

"Spices make cooking exciting and Cinnamon specifically is one of the most versatile spices," said Andrea Buckett, Canadian chef. "I'm thrilled to showcase how this spice can really do it all from savoury to sweet and everything in between. Happy National Cinnamon Day!"

For more Cinnamon recipe inspiration, visit helloflavour.ca/cinnamonseason.  Also, check us out on Facebook  and Instagram to celebrate all things Cinnamon and see updates on our search for people named Cinnamon.

About Club House® Club House traces its roots back to 1883, where it first operated in London, Ontario, and today is Canada's leading flavour brand. For over 135 years, Club House has been making Canadian meals taste great – through spices, herbs, seasoning blends, extracts, food colours, sauce mixes and other flavourful products available in retail outlets and foodservice businesses. Visit www. Helloflavour.ca for more information and recipes.

Club House® is one of McCormick & Company's brands. As a global leader in flavour, McCormick has built a portfolio of leading flavour brands that enhance people's enjoyment of food all around the world. Every day, no matter where or what you eat, you can enjoy food flavoured by McCormick. McCormick Brings the Joy of Flavour to Life™.