HALIFAX and LONDON, July 2, 2019 /CNW/ - DHX Media (or the "Company") (TSX: DHX, NASDAQ: DHXM) and King Bert Productions (Sick Note, The Midnight Gang, The Queen and I) are pleased to announce that the new live-action series, Malory Towers, has been greenlit by CBBC, the BBC's channel for children aged 6-12, and DHX Television's Family Channel. Malory Towers is based on the iconic book series of the same name by Enid Blyton and follows 12-year-old Darrell Rivers as she leaves home for the first time to attend an all-girls' boarding school. Principal photography on Malory Towers begins this month in Toronto, Canada, and will shift to the UK in September 2019. The series is expected to premiere on CBBC and Family Channel in 2020. 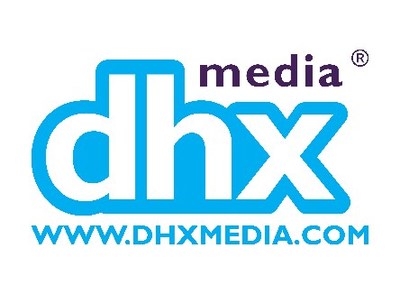 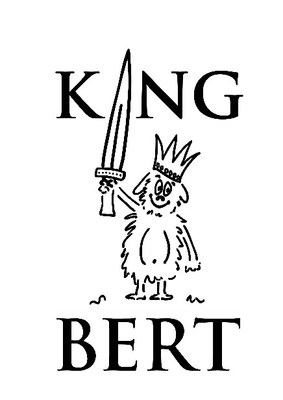 Cheryl Taylor, Head of Content for BBC Children's, said: "Malory Towers set the template for popular British boarding school stories and we're delighted to bring this classic title to CBBC. Darrell Rivers is a truly iconic character – sparky, independent and a fierce warrior against injustice. She shone a bright light on the potential of all girls at a time when expectations were very limited. The books have inspired generations of young readers and we can't wait for our audience to meet Darrell and her friends."

Jo Sargent, Executive Producer at King Bert, commented: "It has been a pleasure working with Enid Blyton Entertainment over the past 12 months and King Bert is now delighted to be on board with DHX Media in order to bring this classic series to life. Enid Blyton's Malory Towers universe is the perfect project for King Bert and the perfect show for today with such empowering female leads at the helm. Malory Towers is an adored series and we cannot wait for a new generation of audience to be equally inspired by its charms."

Michael Goldsmith, Executive Producer at DHX Media, added: "We're thrilled to add Malory Towers to our strong slate of live-action shows for kids and families. The enduring popularity of Enid Blyton's novels illustrates that her stories are as relevant today as the day they were written. David Walliams' team at King Bert Productions have done such wonderful work with children's shows and period pieces that we can't think of better collaborators to bring these novels to life on screen. With CBBC and Family Channel on board, we're confident young viewers and families are going to love Malory Towers."

Based on the hugely popular book series of the same name by Enid Blyton, Malory Towers, is a 13 x 30' live-action series following 12-year-old Darrell Rivers as she leaves home for the first time to attend an all-girls' boarding school. Set in the 1940s on the sun-drenched cliffs of the Cornish coast, Malory Towers explores this nostalgic world of midnight feasts, lacrosse, pranks, and lasting friendships. For a contemporary audience, the show is both aspirational and inspirational, telling the story of universal experiences include shifting cliques, FOMO, bullying, crushes, peer pressure, and self-doubt. The girls keep an eye on each other and, like a family, are forever connected by their shared experiences.

DHX Media is international distributor for Malory Towers outside of the UK. Malory Towers was commissioned by BBC Children's Head of Content Cheryl Taylor, and will be executive produced for the BBC by Amy Buscombe. The rights were acquired from Karen Lawler at Hachette Children's Group, owners of Enid Blyton Entertainment and publisher of Malory Towers.

About DHX MediaDHX Media Ltd. (TSX: DHX, NASDAQ: DHXM) is a global children's content and brands company, recognized for such high-profile properties as Peanuts, Teletubbies, Strawberry Shortcake, Caillou, Inspector Gadget, and the acclaimed Degrassi franchise. One of the world's foremost producers of children's shows, DHX Media owns the world's largest independent library of children's content, at 13,000 half-hours. It licenses its content to broadcasters and streaming services worldwide and generates royalties through its global consumer products program. Through its subsidiary, WildBrain, DHX Media operates one of the largest networks of children's channels on YouTube. Headquartered in Canada, DHX Media has offices worldwide. Visit us at www.dhxmedia.com.

About King Bert ProductionsKing Bert is an international television and film production company which is committed to producing excellence in programming across comedy, entertainment and drama. King Bert have development deals across a range of projects with UK and international broadcasters including BBC, Channel 4, Disney and Sky. King Bert's key focus is to deliver original comedy, outstanding drama and a unique portfolio of entertaining programming across global markets.

About BBC Children'sBBC Children's is a bold, multi-genre, public service offering that has earned the unswerving trust of British families. It is home to the UK's most popular children's channels, CBBC and CBeebies, delivering world-class, UK-produced children's programming across all genres, including drama, comedy, factual and news. The great majority of our experiences are produced in the UK as we aim to reflect the diverse lives of our viewers - and give as many of them as possible a voice across all our platforms. CBBC is the go-to destination for children 6-12 to enjoy inspiring and enabling TV and Interactive experiences across all platforms.

About Family ChannelFamily Channel offers the best in family television entertainment in a premium, high-definition, multiplatform environment. Dedicated to celebrating family life and providing opportunities for the whole family to gather and watch together, Family airs a unique mix of top-rated Canadian and acquired series, movies and specials. Family Channel subscribers have access to the Family Channel App, Family OnDemand and Family Online at no additional cost, to see hit movies and series when they want them, where they want them. Visit us at Family.ca.

Hachette Children's Group is also the publisher of author Enid Blyton, and the owner of Enid Blyton Entertainment. hachettechildrens.co.uk  @hachettekids