OTTAWA, April 24, 2019 /CNW/ - After a record-breaking winter of cold temperatures and too much snow, Ottawa eagerly anticipates the first real sign of spring in the Capital, the 67th edition of the Canadian Tulip Festival. From May 10th through May 20th, the 2019 Festival will welcome hundreds of thousands of visitors from around the world to the National Capital Commission (NCC) tulip gardens at Commissioners Park beside Dow's Lake.   With 300,000 tulips in full bloom, over 80 different breeds in 27 different gardens, the sights are always stunning, and this year, with enhanced programming, the tulip experience will be like never before. 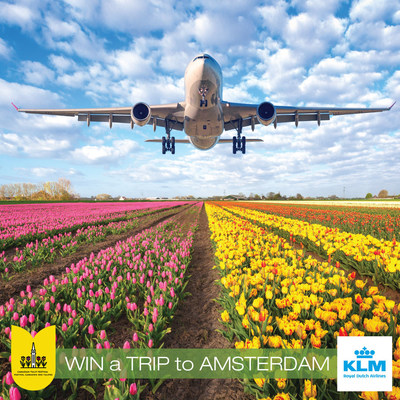 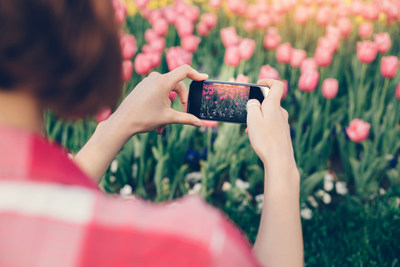 Under the mentorship of the Canadian Tulip Festival's President, Grant Hooker, founder of BeaverTails Canada Inc. and a new management group, Karma Creative Solutions, led by Jo Riding, 2019 marks the transition to a new generation for this 67-year-old Festival.

"The festival's founder, Malak Karsh, used to tell me that when the gift of 100,000 bulbs from the Dutch Royal Family bloomed in the spring of 1946, the gardens brought a welcome splash of colour back into a world that was still grey following the Second World War," explains Mr. Hooker. "Using digital technology and traditional music and storytelling, we want to enhance the tulip bed experience for festival-goers while keeping alive for young and new Canadians the fabled stories that led to the festival. This year's celebration will be innovative, impactful and, we hope, meaningful."

With the focus being re-rooted in both horticulture and heritage, the festival's major partners are embracing the change. "As the Official Gardener of the Capital, the NCC proudly carries on the Capital's tulip legacy and once again welcomes the Canadian Tulip Festival at Commissioners Park. This joyous celebration of spring and tulips ensures as a symbol of hope and friendship going back 74 years," declares Tobi Nussbaum, Chief Executive Officer of the National Capital Commission.

Excluding agricultural fairs, the Tulip Festival is longest running major event in Canada second only to the Calgary Stampede. In 2018, it was the equal to Winterlude as the largest attended event in the National Capital, drawing approximately 600,000 people, according to the Ottawa Business Journal.

Details of planning are attached in the "Briefing Document" that follows. This year's schedule of events can be found on the Festival's website: www.tulipfestival.ca

"Celebrating the End of Winter … Commemorating the  End of a War."

This spring reveals the re-rooting of the Canadian Tulip Festival in the rich history of the original Royal Gift of Tulips, and Canada's role in the liberation of the Netherlands.  Now in a single location, hundreds of thousands of people will experience the 67 year old annual Festival amidst the glorious National Capital Commission spring tulip gardens in historical Commissioner's Park on the shores of Dow's Lake for 11 Days, from May 10 to May 20, 2019.

Honouring the Past:Visitors will step back in time to the year 1945 where they will explore the Festival's roots under the roof of the  Canadian Tulip Festival's "Heritage Pavilion".  Through story-telling, animation, period vending and a feature interactive presentation,  the Festivals' roots in history can be explored.  A unique large-scale touch screen will bring home the real-life sacrifices that took place in Ottawa and across the country during World War II.   While Canadian soldiers were overseas, their anxious family members were at home, waiting for word of their safe return.  Meet the faces of the local boys who didn't make it back, and hear the experiences of real soldiers and families from World War II through their letters to and from home.

The Festival will see an expanded return of the Julian Armour-produced "Music & Tulips" program.  Commissioners Park will come to life with 33 musical performances organized by the award-winning founder of the "Music & Beyond" festival.   The Dutch Theatre will feature top quality musicians presenting an array of musical styles from classical to jazz…and "beyond".

New Features:New for 2019, the Canadian Tulip Festival is offering a Digital Garden Tour app for anyone with a cell phone or other on-line device.  Download the app and begin your stroll.

During the stroll, visitors will find the tulip blooms enhanced through the "Art in the Tulips" program featuring local and regional artists creating their unique works of art among the stunning Tulip Beds.

Tiptoe along the Tulip Boardwalk on Dow's Lake and arrive at the Tulip Plaza surrounding the Dow's Lake Pavilion.  The Tulip Plaza will come alive with a wide array of vendors providing a fun, floral marketplace shopping experience.  Amid the vending, guests  will also be invited to tour the new Canadian Tulip Festival Museum, a carefully curated collection of memorabilia showcasing the history of Canada's 67 year old spring Festival.

A signature highlight of every annual Canadian Tulip Festival, the first fireworks show of the warm-weather season, will continue on Sunday evening, May 19.  traditional Victoria Day Fireworks, have delighted the crowds since the 1950's. Along with the view of the action over Dow's Lake from Commissioners Park, the Canadian Tulip Festival offers a VIP seated and fully-licensed fireworks experience on the lake's "Tulip Boardwalk", May 19, 2019.  Fireworks are scheduled to beginning at 10:00 pm sharp.

Admission to Commissioners Park and all attractions except the VIP fireworks seating area is free of charge and is supported through the generous contribution of corporate, public and private funders.  The GrowIt Mobile App Garden Tour and the #TulipTreasureHunt are also complementary to the attending public.  Guests are encouraged to bring cash to enjoy gourmet food truck offerings and shopping on-site.

Visitors are encouraged to enter the Festival's "Grand Prize" draw to win a trip for two to Amsterdam plus $1000 cash, provided by Festival supporter, KLM Royal Dutch Airlines.

2020 will see the 75th Anniversary of the liberation of the Netherlands, the end of World War Two, the return of the Royal Family to their homeland, and the gift of 100,000 tulip bulbs by the Royals to Canada that gave birth to the Canadian Tulip Festival.  A very special initiative and set of events are in the planning stage with the Canadian Tulip Festival partnering with the Royal Embassy for the Netherlands, the Royal Canadian Legion, the National Capital Commission, KLM Royal Airlines and other for this special commemoration.  News regarding those activities will be announced as plans are finalized.

For more information regarding the 2019 edition of the Canadian Tulip Festival, high resolution photographs, or to arrange an interview please contact;