EDMONTON, Feb. 10, 2014 /CNW/ - ATB Financial is joining the excitement around Team Canada at the Winter Games by programming the lights on its new downtown headquarters to tell our country's Sochi story.

"We're all keeping an eye on the Games and cheering and keeping track of how Canada is doing," says Dave Mowat, ATB's President and Chief Executive Officer.

"And now ATB has a new building that doesn't just stand there, but a building that can tell a story through LED lights," he says. "We're putting the two together to build some excitement."

What you see is what thousands of feet of LED lighting arranged in vertical and horizontal fixtures containing three rows each of LED strip can do in the hands of ATB team members.

"Our company is full of creative people, and this lets the team I work on share that fun in the spirit of the bigger Team Canada we're all cheering for," says ATB senior web manager Chris George.

The new ATB Place is located at Jasper Ave. and 100 St. in downtown Edmonton. 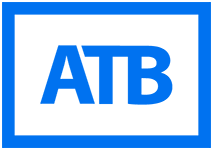