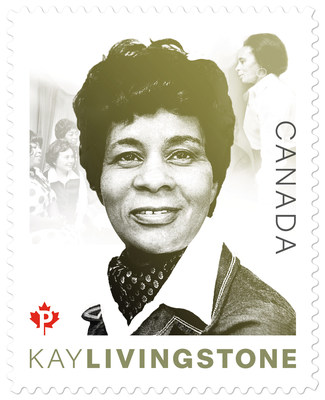 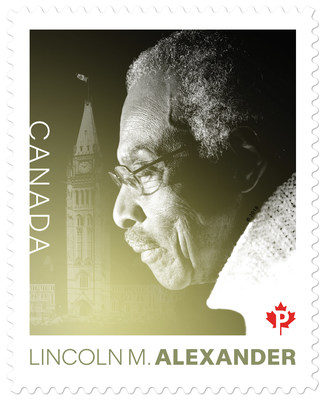 "Lincoln Alexander and Kay Livingstone opened countless doors for Black Canadians and other minorities across the country. They are remarkable role models who fostered Canadian values of diversity, respect and inclusion," says Canada Post President and CEO Deepak Chopra.

Born in Toronto, Alexander (1922-2012) was a distinguished public servant who championed racial equality, justice and education in Canada for decades. He was the first Black Canadian to be elected to the House of Commons (1968), appointed to the federal cabinet (1979) and named to a viceregal position in Canada, as Lieutenant Governor of Ontario (1985). He encouraged countless youth to pursue their dreams, often telling them: "I did it. You can. You will." In recognition of his extraordinary accomplishments, January 21 has been celebrated as Lincoln Alexander Day across Canada since 2015.

Raised in London, Ont., Livingstone (1918-75) lived most of her adult life in Toronto, where she was a popular radio host and became one of Canada's most prominent visionaries, activists and humanitarians. She devoted her life to empowering Black women and is credited with coining the term "visible minority." In the 1950s, she founded the Canadian Negro Women's Association. In 1973, she organized the first National Congress of Black Women, and in 1975 launched the Congress of Black Women of Canada, a now nationwide organization dedicated to the welfare of Black women and their families. In 2011, she was named a Person of National Historic Significance by the Government of Canada.