Over $800,000 Awarded to date for second-language learning

QUEBEC CITY, April 30, 2019 /CNW Telbec/ - The iA Financial Group Foundation has awarded $110,000 in new scholarships to 53 students from Cégeps Limoilou, Garneau and de Sainte-Foy, who will travel to Hawaii, San Diego, Malta, Mexico and other destinations to immerse themselves and learn a second language. 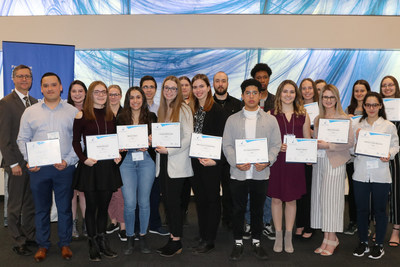 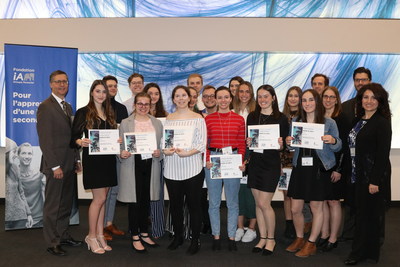 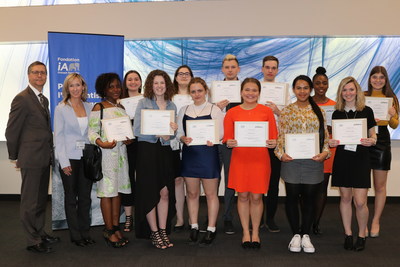 "Today, speaking a second language is an undeniable asset, even a necessity in many professions. It is also a very personal way to open up to new cultures and iA Financial Group is very pleased to help young people, who impress with their earnestness, openness and hunger to learn, for a tenth year in a row", states Denis Ricard, President and Chief Executive Officer of iA Financial Group, who awarded the scholarships last night at the company's head office in Quebec City.

With these scholarships, the Foundation has awarded more than $800,000 since its creation in 2010. In total, no less than 365 students from Cégeps de Sainte-Foy, Limoilou and Garneau have received financial support from iA Financial Group.

About the iA Financial Group FoundationThe mission of the iA Financial Group Foundation for Second-Language Learning is to promote and encourage linguistic versatility in students by providing scholarships. The purpose of these scholarships is to support exchanges and openness among young people from across the country and around the world. Since the Foundation was created in 2010, this support has been provided in the form of financing for individual or group immersion experiences and study programs in a foreign language environment.

About iA Financial GroupiA Financial Group is one of the largest insurance and wealth management groups in Canada, with operations in the United States. Founded in 1892, it is one of Canada's largest public companies and is listed on the Toronto Stock Exchange under the ticker symbols IAG (common shares) and IAF (preferred shares).