QUÉBEC CITY, April 24, 2019 /CNW Telbec/ - Whether a source of power or a means of defense, whether trained on a target or spread far and wide, whether an environmental threat or a medical breakthrough, poisons frighten and fascinate. Ever a trailblazer, Musée de la civilisation is pleased to present an exhibition that turns the spotlight on poisons. Venenum: A Poisonous World, conceived and created by Lyon's musée des Confluences, was a sensation in Europe and has been adapted by Musée de la civilisation, where it will run from April 25, 2019, to March 8, 2020. 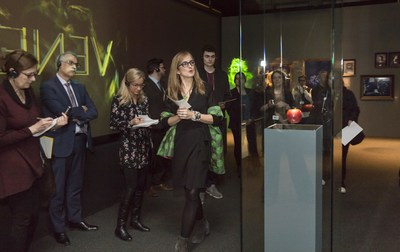 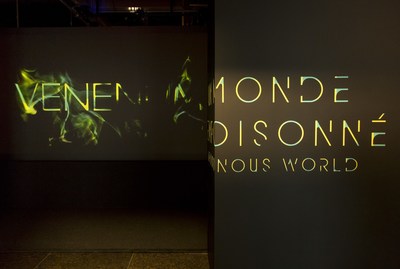 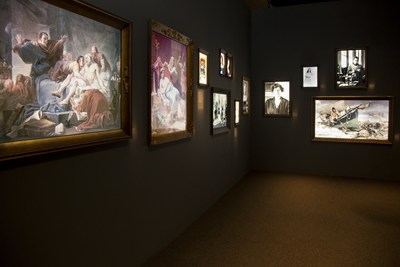 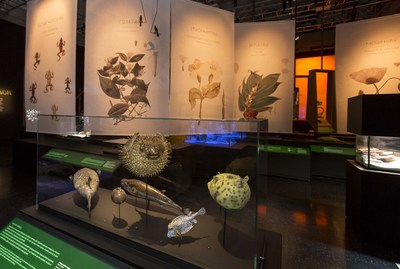 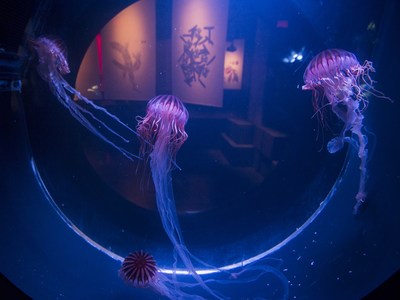 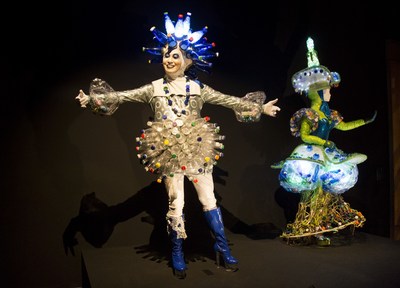 A foray into the world of poisonPoisons are incredibly ambiguous substances. They can be fatally toxic but also possess pharmacological uses and unsuspected medicinal properties. The exhibition Venenum: A Poisonous World looks at the roles of poisons in history and culture, science and beliefs, medicine and criminology. Still today, poisons are both an environmental threat and a beacon of hope in medicine.

The exhibition takes visitors on a historic and scientific journey into the mysteries of poison and the many meanings of the word venenum: venom, magic potion, dangerous substance, and medication. Five different zones examine poison through the lenses of emotion, knowledge, and engagement.

The first part of the exhibition presents poisons throughout history, from ancient times to the modern era, and in the collective imagination. Visitors are ushered into the fascinating and mysterious world of poisons with a digital experience that brings to life the accounts of men and women who have worked with or encountered poison, suffered its effects, or used it over the course of history.

The journey continues with an immersive toxic garden featuring live species — a reminder that poison is everywhere in nature. Next, the exhibition looks at how human societies have used poisons in different ways since ancient times — for hunting and fishing, as weapons of war, in rituals, and more—and explores the paradox of how poison can be both fatal and therapeutic. The foray into the world of poison concludes with a variety of installations that get visitors thinking about the modern issues of environmental ecotoxicology.

Quotes:"We're pleased to host this exhibition on a topic that's fascinating, broad, and complex. In keeping with our commitment to the visitor experience, Musée de la civilisation has adapted the content and structure of Venenum: A Poisonous World for our audiences and added new features to create the kind of sensitive, fun, visually pleasing, and educational experience the Museum is known for. It is important for a museum like ours to address societal issues and evoke North American — and specifically Québec — realities in order to engage our visitors and spur their thinking."Stéphan La Roche, Executive Director, Musée de la civilisation

"Venenum: A Poisonous World has drawn close to 600,000 visitors and is still the most popular exhibition at Musée des Confluences since it opened in December 2014. Why? Because poison is fascinating. And because of the highly immersive staging of more than sixty live specimens — a first for a museum like ours."Hélène Lafont-Couturier, Director, musée des Confluences

Conceived and designed by Lyon's musée des Confluences, the exhibition Venenum: A Poisonous World was adapted by Musée de la civilisation with financial support from the Government of Québec and Ville de Québec as part of the Cultural Development Agreement. Presented with the participation of Radio-Canada and in cooperation with Aquarium du Québec, Rodeo FX, Québec City Tourism, and Fairmont Le Château Frontenac (as official hotel).