TORONTO, March 27, 2019 /CNW/ - People from across Ontario are declaring solidarity with species at risk and calling for urgent change in the way we affect the natural world that sustains us. Twenty-eight authors, musicians, Indigenous Peoples, businesses and environmental organizations issued a joint statement today emphasizing humans' collective responsibility to protect the natural health of Ontario, Canada and the planet. 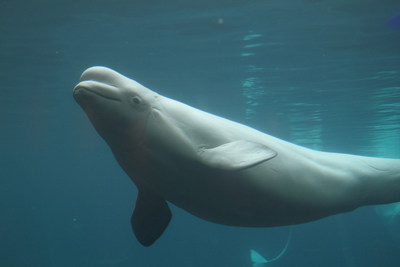 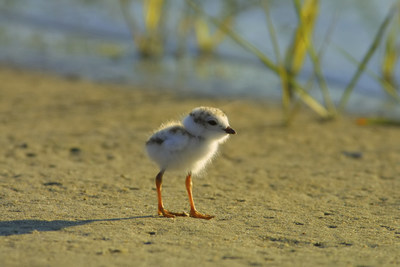 The statement was issued on the heels of the Government of Ontario's public consultation on the Endangered Species Act, 2007. As the public awaits the government's amendments to the act, its commitment to increasing "efficiencies for business" has prompted fears about the fate of plants and animals already imperilled throughout the province.

More than 230 of Ontario's plant and animal species are in danger of disappearing, largely due to habitat loss and disturbance. Industrial activity and development are key drivers of that loss. The ESA already provides significant exemptions to industry; further weakening the act will only increase the threats to the province's most vulnerable species.

The joint statement emphasizes the interconnection of all life and the importance of the persistence and recovery of species at risk for human health. It also highlights the limits to Earth's capacity to sustain human activity, and the urgent need to change our approach to how we interact with nature.

A selection of signatories to the statement had the following to say:

"We are in the midst of a massive loss of biodiversity worldwide. Habitat destruction is the leading cause of loss of species. Ontario is home to precious wetlands, forests, grasslands and other complex ecosystems that support critical species at risk. Ontario citizens want to protect the most rare and endangered populations of plants and animals with whom we share this land and water. The Ontario government needs to strengthen our Endangered Species Act."

"We are the elements governed by natural law and part of and responsible to all of Creation. Our rights flow from this relationship. The Ontario Endangered Species Act, 2007, is designed to share our ways of knowing and is a tool for achieving international treaty-based targets for biodiversity and climate change, and even more importantly, to restore our relationships with the rest of the web of life."

"All life forms matter. As the main culprit imperilling the biodiversity that sustains us, humans have a collective responsibility to protect the planet's most vulnerable plants and animals, including the 230 that are listed as species at risk in Ontario. We must not abdicate our responsibility. There is no time to waste. The clock is ticking."

"The Ontario Endangered Species Act is meant to protect the province's most vulnerable animals and plants. If we allow even more of their critical habitat to be opened up for business, it's only a matter of time before that life support is cut off completely. The Ontario government has a responsibility to identify and protect species at risk. These species have already been waiting too long for our support. It's beyond time to strengthen the act and improve its implementation, not go backwards by opening the door for more business."

Planet Earth is a shared home for humans and millions of other species, and our fates and well-being are interdependent. Yet, as a result of unsustainable human activity, global wildlife populations have, on average, declined in size by 60 per cent since the 1970s. We are now in the throes of the largest mass extinction since the disappearance of the dinosaurs more than 65 million years ago.

In response to this crisis of biodiversity loss, the Government of Ontario passed a new Endangered Species Act in 2007, with support from all parties. Deemed to be a gold standard in species at risk legislation at the time, this law is now under review.

In response to this review, we the undersigned agree and confirm that:

Our thanks to Cision for sponsoring this announcement.