Toronto's celebrated month-long Festival in May engages established and emerging Canadian, American, and international artists to activate urban spaces across the city

TORONTO, March 13, 2019 /CNW/ - Today, the Scotiabank CONTACT Photography Festival announced their public installation program for the 23rd edition of the city-wide event spanning the month of May 2019. Renowned American artist Carrie Mae Weems will create three separate site-specific installations at outdoor venues downtown, representing the first time she has shown her work at this scale in Canada. These installations are presented in conjunction with exhibitions at the CONTACT Gallery and the Art Museum at the University of Toronto. 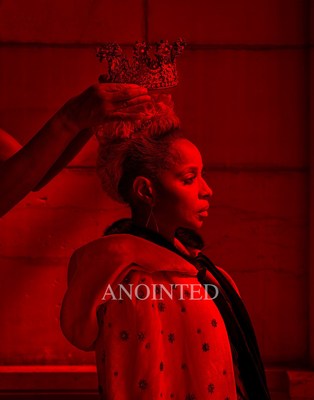 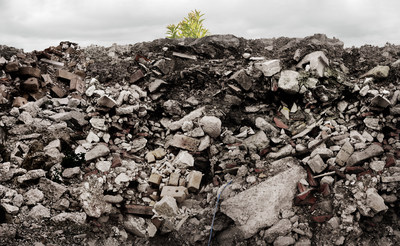 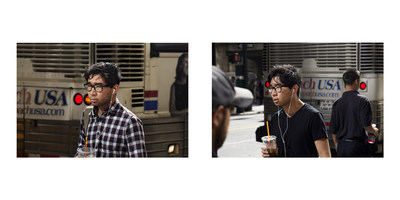 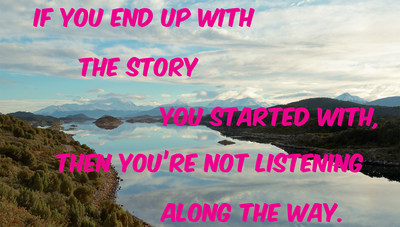 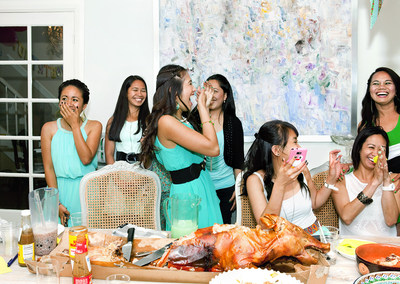 CONTACT Executive Director Darcy Killeen said, "CONTACT's public installation program began in 2003 with four venues in the city and has grown to now include 16 venues, plus a series of billboard installations across the country supported by Scotiabank, Pattison Outdoor Advertising and Nikon Canada. CONTACT's public installations are one of our signature programs and highly anticipated by the international photography community and residents of and visitors to Toronto. The CONTACT team gratefully acknowledges the support of our partners who make it possible for us to connect the viewing public with the work of so many outstanding artists."

Carrie Mae WeemsAt Metro Hall, Weems' examination of power and cultural identity is highlighted in this unique installation comprising a selection of images from her series Slow Fade to Black (2010). Weems reclaims images of historically significant black women singers of the last century whose legacies appear to fade as time elapses. To reflect these artists' "slow fade to black," the reclaimed images have been obscured through blurring and the application of a tinted hue. The almost cinematic push and pull of fervent faces—many open with longing and passion—activates the site, at the heart of Toronto's entertainment district, and takes the viewer on a theatrical passage through its history.

Two works from Weems' 2016 series Scenes and Take form a dramatic installation at the TIFF Bell Lightbox on King Street West that underscore the emergence of a shift in the cultural landscape. Presented at street level, life-sized scenes bring viewers into the cinematic world Weems explores, where her "muse" character inhabits the sets of contemporary television shows featuring black female leads and black writers and producers.

Weems' third installation Anointed (2018), a banner at 460 King Street, features an image of Mary J. Blige, who Weems photographed for W's Art Issue shortly after the singer's breakout performance in the film "Mudbound". The artists teamed up in a ­landmark 1920s-era bank building in Brooklyn, ­NY, making pictures that reference Weems' The Kitchen Table Series (1990) and her Slow Fade to Black series (2010), and Blige's reign as a masterful storyteller and Grammy award-winner.

Featuring a cross section of the earth's strata, Susan Dobson's photographic mural reveals layers of buried construction debris. Derived from photographs captured at the Leslie Street Spit, a manufactured peninsula and wilderness reserve built entirely from Toronto's clean construction waste, a mural on the outside of the Daniels Building is complemented by a number of Dobson's photographs being shown inside the building. These studio shots of artifacts retrieved from the Spit, mounted on custom-built supports, are positioned in public space in dialogue with the surrounding architecture and community. Invoking memories of the building's history and recent renovation, Back/Fill invites conversations about the demolition, preservation, and construction of the built environment.

Over a nine-year period, Danish photographer Peter Funch created a typological photographic study of pedestrians in New York City at the intersection of East 42 Street and Vanderbilt Avenue. The series of uncanny diptychs confront viewers with environmental portraits of anonymous commuters, frozen in place and isolated from the bustling crowd. Although each pair of images appears to have been captured only moments apart, in reality they may have been taken weeks, months, or even years apart. Presented on street-level billboards in Toronto's downtown core, Funch's seminal project addresses the daily loop in which pedestrians inadvertently find themselves while commenting on the unsettling politics of bodies in public space.

Sanaz Mazinani, an Iranian-Canadian artist based in San Francisco and Toronto, presents a new site-specific installation at the Aga Khan Museum. Working primarily in photography and large-scale public art and installations, her research focuses on the study of digital image propagation and its impact on representation and perception. For this project suspended from the ceiling in the Museum's atrium, Mazinani has downloaded images from the Internet and digitally mirrored them into elaborate patterns that reference Islamic ornamentation. Careful examination reveals a sky adorned with clouds dotted with warplanes.

Yours to Discover is a new site-specific installation by Toronto/Montreal based artist Zinnia Naqvi, presented on the façade of the PAMA in Brampton, Ontario. Historical photographs mined from Naqvi's family archive, along with personal objects and ephemera quotidian in nature, have been assembled and photographed by the artist in her studio. These tableaux vivant (living pictures) query the intersection of national and newcomer experiences and identities within post-colonial paradigms.

Mario Pfeifer, If you end up with the story you started with, then you're not listening along the way (2019), south façade of The Power Plant Contemporary Art Gallery

Born in Dresden, Germany and based in Berlin and New York, Mario Pfeifer's work explores conventions of film and media. The text in Pfeifer's newly commissioned banner at The Power Plant speaks to an important thread in his practice, about looking and seeing the familiar differently and opening up to the unfamiliar. His large-scale banner mirrors the environment in which it is presented, evoking questions about the Canadian landscape while also questioning the politics of land and territory.

Using collected documents and visual records, Italian artist Bianca Salvo explores public beliefs and false perceptions of interstellar exploration 50 years after the first moon landing. Her project Universe Makers will activate the Osgoode Subway Station with images that confront history and the veracity of photographic realism. Positioned within the framework of ubiquitous subway advertising, the images will underscore the ability of photography to question and examine the truth.

Poland-based Sputnik Photos, a collective comprising artists from Central and Eastern Europe, will create a site-specific installation at Brookfield Place. The collective uses the individual experiences of its members as starting points for an analysis of socio-political processes and socio-cultural phenomena. From 2008–16, they surveyed the physical, political, and socio-cultural terrain of the former Soviet Republic. The resulting Lost Territories archive geographically and thematically spans the breadth of the post-Soviet region. The installation at Brookfield Place establishes a poignant contrast between their images capturing the end of "utopia" and the modern architecture of the galleria and highlights the failure of the communist era within the context of Toronto's financial district.

Nadine Stijns, A Nation Outside a Nation (2012–14), The Bentway Conservancy

Dutch artist Nadine Stijns attempts to capture the memories, dreams, and flow of capital and possessions throughout the Filipino diaspora. In addition to traditional portraits, landscapes, and still lifes, many of which include meticulous documentation of "balikbayan box" supplies (tax-free goods sent by Filipino migrants back to family in the Philippines), Stijns photographs a variety of visual sources and then layers the images to create a tangible depiction of migrant life. This work performs as documentation of labor migration, but it is also itself a document, an object that unites the individual migrant with their homeland.

Vancouver-based artist Elizabeth Zvonar brings a heightened view of the cosmos to the cityscape in her monumental image Milky Way Smiling. For this project, she culled a photograph from a popular science magazine and transformed it through digital collage and manipulation. With its band of cosmic light gently curved into a smile, Zvonar's whimsical galaxy of shining stars brings the metaphysical to passersby at street level.

CONTACT fosters and celebrates the art and profession of photography with its annual Festival in May and year-round programming in the CONTACT Gallery in Toronto. CONTACT presents lens-based works by acclaimed and emerging artists, documentary photographers, and photojournalists from Canada and around the world. The curated program of Primary Exhibitions (collaborations with major museums, galleries, and artist-run centers), and Public Installations (site-specific public art projects), are the core of the Festival. These are cultivated through partnerships, commissions, and new discoveries, framing the cultural, social, and political events of our times. The featured and open exhibitions present a range of works by local and international artists at leading galleries and alternative spaces across the city. CONTACT also includes a wide range of events including a book fair, lectures, talks, panels, workshops, and symposia during the Festival and hosts exhibitions and programs at its Gallery throughout the year.

Scotiabank is Canada's international bank and a leading financial services provider in the Americas. We are dedicated to helping our more than 25 million customers become better off through a broad range of advice, products and services, including personal and commercial banking, wealth management and private banking, corporate and investment banking, and capital markets. With a team of more than 98,000 employees and assets of over $1 trillion (as at January 31, 2019), Scotiabank trades on the Toronto Stock Exchange (TSX: BNS) and New York Stock Exchange (NYSE: BNS). For more information, please visit www.scotiabank.com and follow us on Twitter @ScotiabankViews.