Plan International Canada celebrates the power and potential of girls through its #GirlsBelongHere initiative and calls for increased action for gender equality.

TORONTO, Oct. 10, 2017 /CNW/ - In the lead up to International Day of the Girl on Oct. 11, 2017, Plan International Canada is celebrating young women leaders from across the country who are stepping into their dream jobs for a day as part of the organization's #GirlsBelongHere initiative.

To mark the day, girls in Canada and around the world are stepping into positions of leadership and influence, in sectors such as politics, business, education, and journalism, to demonstrate every girl's right to realize her full potential. 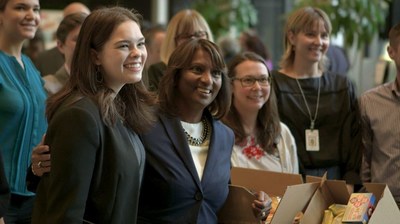 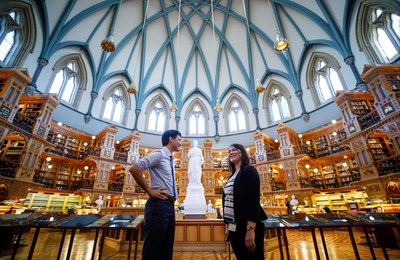 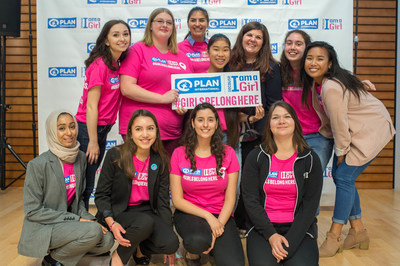 "Girls have immense power and it is imperative that we come together as advocates with and for girls, to ensure gender inequality doesn't prevent them from achieving their dreams," says Caroline Riseboro, President and CEO of Plan International Canada. "On International Day of the Girl, we're shining a light on both the barriers that girls face and the opportunities they deserve. When girls get equal chances to achieve their aspirations, they are able to transform their lives and their entire communities."

Plan International Canada's 2017 #GirlsBelongHere theme focuses on the "dream gap" – a combination of barriers including gender discrimination, stereotypes, and negative perceptions that often limit girls from pursuing their dreams. Through #GirlsBelongHere, Plan International Canada is calling on everyone to help bridge the gap between what girls are capable of and what society expects of them.

Supporting girls and women to access their rights and challenging deeply-rooted gender inequality is central to Plan International's work.  Plan International's recent report, Unlock the Power of Girls Now, builds on the organization's research over the last decade, which has found that girls are regularly denied the opportunity to be heard and to realize their dreams. The report highlights that despite barriers and prejudices they face, girls are eager to lead the change they need and seek action and solidarity with others to achieve it.

Globally, millions of girls still bear the brunt of poverty, are denied an education, forced into marriage and face violence because they are young and female. Yet extensive research has proven that when girls realize their rights, they learn, lead, decide and thrive, which is critical to ending global poverty.

#GirlsBelongHere is part of Plan International's global mass initiative, with more than 600 participants across 60 countries. On October 11, girls around the world will be stepping into high profile roles including: the Prime Minister of Finland, the Deputy Prime Minister of Belgium, the Mayor of Dublin, the CEO of Google Australia, the President of El Salvador, and the CEO of Ikea Switzerland.

Media assets, including photo and video resources, are available for download.

About International Day of the Girl

Founded in 1937, Plan International is one of the world's oldest and largest international development agencies, working in partnership with millions of people around the world to end global poverty. Not for profit, independent and inclusive of all faiths and cultures, Plan International strives for a just world that advances children's rights and equality for girls. Because I am a Girl is Plan International's global movement to transform power relations so that girls everywhere can learn, lead, decide and thrive.