OTTAWA, June 26, 2018 /CNW/ - The Canadian Centre on Substance Use and Addiction (CCSA) released a study estimating the cost of substance use to Canadian society. The $1.4 million study, funded by Health Canada, fails to discuss some of the positive trends that are a direct result of industry, government and NGOs working toward reducing harmful drinking and fostering a culture of moderation across Canada. 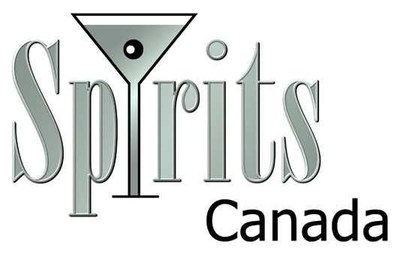 "CCSA is an excellent organization that publishes a lot of thoughtful research," said Luke Harford, President of Beer Canada. "But these cost studies come with a lot of moving parts aimed at producing the highest and most alarming numbers."

Almost two-thirds of the cost estimate for alcohol in the study relate to productivity losses and the criminal justice system. These costs are contentious and subject to ongoing debate among health economists. The World Health Organization (WHO) guidelines have advised against including loss of production in cost of substance use studies.

Harford said, "There are a lot of assumptions built into these types of cost studies and CCSA's new study is no different. The assumptions boost the costs and downplay, trivialize or ignore any benefits."

The majority of Canadian adults drink in moderation. Among those who drink, 80% do so within the Low-Risk Alcohol Drinking Guidelines for long-term harm, and 85% for short-term harm.

Canada's beer, wine and spirits makers are committed to encouraging responsible choices and believe that for adults of legal drinking age, moderate alcohol consumption can be part of a well-balanced lifestyle. Canada's beer, wine and spirits makers, large and small, are proud of the products they make and the people they employ in their breweries, wineries and distilleries in communities across the country.

Jan Westcott, President and CEO of Spirits Canada highlighted, "Canada's low risk drinking guidelines recommend adults limit their alcohol consumption to two drinks a day for women and three drinks a day for men. Whereas the guidelines for tobacco, or cocaine, is zero."

Everyone has a role to play in combatting harm.

"Today's impaired driving levels are at an historic low in Canada and awareness activities by Canada's beer, wine and spirits makers contributed significantly to this progress," said Dan Paszkowski, President and CEO of the Canadian Vintners Association. "There is more to be done for sure but progress is being made, and in Canada the vast majority of adults drink alcohol in a balanced and responsible manner," highlighted Paszkowski.

Canada's beer, wine and spirits companies are proud of the products they make and know that it is a privilege to be part of Canada's heritage and communities. The $1.4 million study, paid for by Canadian taxpayers, amplifies costs while failing to acknowledge the progress that has been made.

Beer Canada is the national trade association that advocates to ensure Canadian brewers are able to operate in a healthy regulatory environment and that beer remains a celebrated part of Canada's culture. As the national voice of beer, Beer Canada represents over 50 Canadian brewing companies that account for 90% of beer made in Canada and a category that supports 149,000 Canadian jobs, $13.6 billion in real gross domestic product and $5.7 billion in tax revenues for federal, provincial and municipal levels of government.

The Canadian Vintners Association (CVA) is the national trade association representing the small, medium and large wineries which comprise Canada's wine industry. CVA members are engaged in the entire wine value chain from grape growing, farm management and grape harvesting to wine production, cellaring, bottling, retail sales and tourism. The Canadian wine industry is a significant contributor to the national economy at $9 billion in economic impact, having grown through the dedication of generations of grape growers and vintners. www.canadianvintners.com

Spirits Canada is the only national trade association representing the interests of Canadian Spirits manufacturers, marketers, exporters and consumers. Spirits Canada is a leading voice for the moderate and responsible consumption of beverage alcohol. Canadian Spirits companies adhere to a robust Code of Responsible Advertising and Marketing. Founded on our signature products of "Canadian Whisky" and "Canadian Rye Whisky", Canada's spirits producers are proud to source 100% of our premium cereal grains from Canadian farmers.