VANCOUVER, Sept. 19, 2018 /CNW/ - Lundin Gold Inc. ("Lundin Gold" or the "Company") (TSX: LUG, Nasdaq Stockholm: LUG) is pleased to announce the results of its update of the project estimate ("UPE") for its Fruta del Norte gold project ("Fruta del Norte" or the "Project"). The UPE involved a thorough review of the mine plan, capital and operating cost re-estimate and an update to the Project schedule. All amounts are in U.S. dollars unless otherwise indicated. This update should be read in conjunction with the Technical Report entitled "Fruta del Norte - NI 43-101 Technical Report on Feasibility Study" (the "Technical Report") filed by the Company in June 2016, with an effective date of April 30, 2016, and the Company's project update press release dated May 30, 2017. 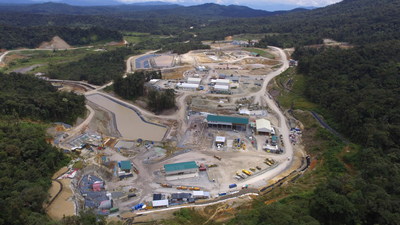 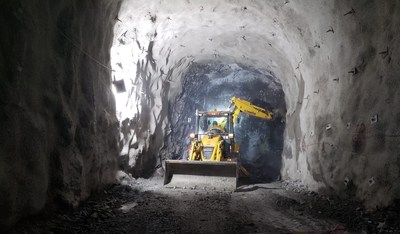 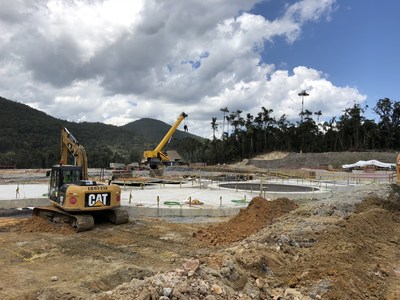 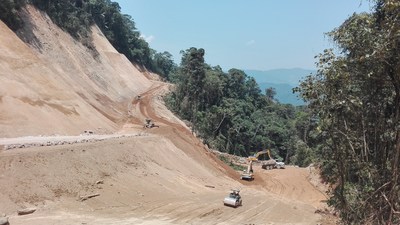 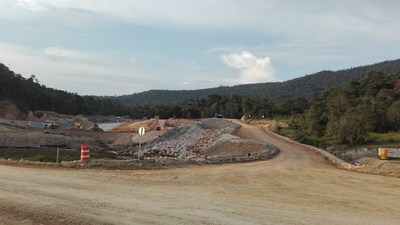 "At the end of August we had committed 63% of planned capital expenditure, and construction is 27% complete. The UPE demonstrates that we are on track to build Fruta del Norte on budget and on schedule which is a credit to our Project team," said Ron Hochstein, Lundin Gold's President and CEO. "We were able to lower the estimated AISC through improvements in the mine plan, refinement of processing costs and negotiation of smelting contracts for the concentrate. This further demonstrates the robustness of our high-grade Fruta del Norte gold deposit."

Update of the Project Estimate Details

As a result of the UPE, Fruta del Norte's mine plan has been improved, and a strategic decision was made to utilize primary-secondary sequencing versus end-slicing. Implementing this methodology provides greater operational flexibility with access to more areas of the ore body simultaneously and reduced backfill costs due to longer cure times and less binder requirements.

Other changes to the mine plan included:

Revised pre-production capital cost is now estimated to be $692 million, inclusive of contingency and pre-production expenses and revenues and net of taxes. This represents a slight increase of $8 million, or 1.2% over the PPR estimate, which totalled $684 million. This increase is mainly due to infrastructure costs and community and environmental monitoring being higher in the UPE than the PPR.

Operating costs estimate is down 7.3% or $8.19 in the UPE to $103.65 on a per tonne basis compared to the PPR, and 3.7% or $15.89 to $408.20 on a per ounce basis. This is a result of the optimized mining methods, which reduced the mining costs, and reduced reagent consumption estimates based on the most recent metallurgical test work.

AISC is now expected to be $583 per ounce of gold instead of $609 per ounce of gold, representing a $26, or 4% reduction. In addition to the lower mining costs, average concentrate treatment charges in the UPE are significantly lower than the charge of $275 per dry metric tonne estimated in the PPR, which was offset by slightly higher transportation, refining and penalty charges.

Project economics continued to improve using the same gold ($1,250 per ounce) and silver price assumptions ($20 per ounce) used for the PPR and the Technical Report. The capital payback period is now estimated at 3.5 years with a 17.5% IRR and an NPV 5% of $786 million.

The technical information relating to the Fruta del Norte Project contained in this Press Release has been reviewed and approved by Ron Hochstein P. Eng, Lundin Gold's President and CEO, who is a Qualified Person under NI 43-101.

(4)  Mineral Reserves were estimated using key inputs listed in the table below:

(5)  Gold cut-off grades for the different mining methods are listed in the table below:

(6)  The average silver metallurgical recovery is 81.6%. The silver price assumption was $20/oz. Silver was not considered in the calculation of the cut-off grade.

(8)  Rounding as required by reporting guidelines may result in summation differences.

The information in this release is subject to the disclosure requirements of Lundin Gold under the EU Market Abuse Regulation. This information was submitted for publication September 19, 2018 at 05:00 a.m. PT through the contact persons set out below.

Caution Regarding Forward-Looking Information and Statements Certain of the information and statements in this press release are considered "forward-looking information" or "forward-looking statements" as those terms are defined under Canadian securities laws (collectively referred to as "forward-looking statements"). Any statements that express or involve discussions with respect to predictions, expectations, beliefs, plans, projections, objectives, assumptions or future events or performance (often, but not always, identified by words or phrases such as "believes", "anticipates", "expects", "is expected", "scheduled", "estimates", "pending", "intends", "plans", "forecasts", "targets", or "hopes", or variations of such words and phrases or statements that certain actions, events or results "may", "could", "would", "will", "should" "might", "will be taken", or "occur" and similar expressions) are not statements of historical fact and may be forward-looking statements.

This press release contains forward-looking information in a number of places, such as in statements pertaining to: timing of first gold production and commercial production, scheduling, gold and silver price and exchange rate assumptions, cash flow forecasts, projected capital and operating costs, metal or mineral recoveries, mine life and production rates, the Company's potential plans and operating performance, changes to the mine plan, the estimation of mineral reserves or the tonnage, potential production from and viability of the Company's Project, access to funding, the terms of the Company's smelting contracts, performance of the Company's contractors, construction and infrastructure development.

Lundin Gold's actual results could differ materially from those anticipated. Management has identified the following risk factors which could have a material impact on the Company or the trading price of its shares: the ability to arrange financing and the risk to shareholders of dilution from future equity financings; the ability to maintain its obligations under its debt facilities; risks related to carrying on business in Ecuador; volatility in the price of gold; the timely receipt of regulatory approvals, permits and licenses; risks associated with the performance of the Company's contractors; risks inherent in the development of an underground mine; deficient or vulnerable title to mining concessions and surface rights; shortages of critical resources, labour and key executive personnel, such as input commodities, equipment and skilled labour, and the dependence on key personnel; risks associated with the Company's community relationships; unreliable infrastructure; volatility in the market price of the Company's shares; the potential influence of the Company's largest shareholders; uncertainty with the tax regime in Ecuador; measures required to protect endangered species; the cost of compliance or failure to comply with applicable laws; exploration and development risks; the accuracy of the Mineral Reserve and Resource estimates for the Fruta del Norte Project; the Company's reliance on one project; risks related to artisanal and illegal mining; uncertainty as to reclamation and decommissioning; risks associated with the Company's information systems; competition in the mining industry; the ability to obtain adequate insurance; risks of bribery or corruption; the potential for litigation; and limits of disclosure and internal controls.

Figure 2. Underground mine development in the Kuri decline (Full Resolution)

Figure 5. North Access road is expected to be complete by the end of September (Full Resolution)