MONTREAL, April 21, 2020 /CNW Telbec/ - France Lauzière, President and CEO of TVA Group, announces the appointment of Martin Carrier as Senior Vice-President, Business Development of MELS. He will take over from Michel Trudel as President of MELS on January 1, 2021. Mr. Carrier will be able to draw on his 20-plus years of experience managing and leading companies of international stature in his new mandate to continue MELS' development and accelerate its growth. 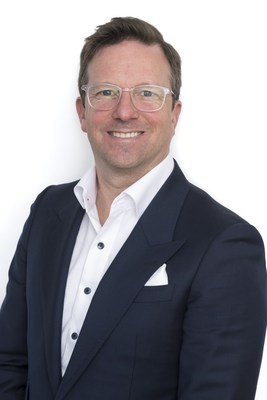 Martin Carrier will replace Michel Trudel, who is leaving his position as President of MELS at the end of his contract on December 31, 2020.

The next few months will be used to ensure the smooth transition needed for business continuity.

A solid team at the head of MELS

At a time when content production is growing in all markets, Ms. Lauzière wants to position MELS to seize even more opportunities to shoot mega-productions and foreign series at its studios and to maximize business opportunities for its visual effects and postproduction services. Denis Rozon will continue as Vice-President, Production, Operations and Technology of TVA Group and Chief Operating Officer of MELS.

"I am delighted to welcome to the management team a manager with Martin Carrier's experience, who has distinguished himself at major companies through his vision and leadership," says Ms. Lauzière. "He will lead MELS into a new phase of expansion in Quebec and around the world."

"I am very pleased to be joining MELS for the next stage in its evolution," says Martin Carrier. "Together with our teams, we will pursue the goal of combining a forward-looking technological vision with the company's historical know-how in order to drive MELS' growth on the local and international scenes and attract more and more large-scale productions."

Mr. Carrier has an impressive track record both locally and internationally. Until recently, he was President and CEO of the video game developer Frima. He previously served as Vice-President and Studio Head at Warner Bros. Games Montreal. He has also worked at O&O, a consulting firm he founded, Bluestreak Technology, and Ubisoft Montreal, where he served as Vice President, Communications and Corporate Affairs.

France Lauzière underscored Michel Trudel's contribution since the acquisition of the company five years ago: "I want to thank Michel for his contribution to MELS' success and, more generally, to the emergence and development of Quebec's film and television industries since 1988.

About MELSMELS Studios and Postproduction, part of TVA Group, is a well-known name in the film industry. Its 350 professionals provide expert services under the motto "Proud partner in your projects." MELS' services include soundstage and equipment rental, visual effects, sound and picture postproduction, mobile unit rental, theatrical distribution, and distribution for television, Internet and smart devices.

TVA Group, a subsidiary of Quebecor Media, is an integrated communications company engaged in the creation, production and distribution of audiovisual products, and in magazine publishing. TVA Group is the largest broadcaster of French-language entertainment, information...