VANCOUVER, Sept. 19, 2018 /CNW/ - Western Canada's preeminent journalism awards today announced that Clive Jackson is the 2018 Bruce Hutchison Lifetime Achievement Award recipient and Donna Logan is the 2018 Bill Good Award recipient.  The  awards will be handed out at the October 29th Jack Webster Awards dinner to be held at the Hyatt Regency, Vancouver. 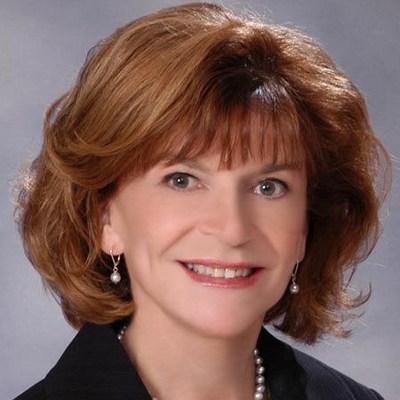 From Fleet Street to the city streets of Vancouver where as a reporter his stories broke scandals and covered the events that defined these cities, Clive really 'wrote all about it' before he found his way to a TV station then called BCTV.  His TV career began as a reporter for the newscast but he transitioned to the assignment desk in 1990 where he assigned stories that have become iconic in journalism in B.C.    He also worked to build the station, now GlobalBC,  into a news juggernaut which at one time was the third most watched local news show in North America.  However Clive's legacy is measured in more than just ratings.  At Global, in 2006,  he helped raise five million dollars from viewers and government in just 96 hours to replace tens of thousands of trees blown down after a massive storm hit Vancouver's forested treasure, Stanley Park.  He also played a key role in helping Vancouver Children's Hospital raise their goal of half a billion dollars to build their recently opened facility.  Clive is known as a consummate journalist and management professional who is admired and deeply respected by those he's worked with.  See more about Clive and hear from him at the Monday, October 29th, Jack Webster Awards

There's no doubt that Donna Logan exceeds the criteria for the Bill Good Award as she's indeed made significant contributions to the province's journalism community, notably by being involved in the establishment of, and being the Founding Director of the  UBC Graduate School of Journalism (1997 - 2007).  However, her contributions don't just lie there.  She was President of the Canadian Media Research Consortium (2005-2014), a partnership of three graduate programs in Canada: UBC Graduate School of Journalism, York/Ryerson Graduate Programme in Culture and Communications and Centre d'études sur les medias, Université Laval and prior to that, in 2004, she led a team of researchers that conducted the first public survey of Canadian attitudes toward the media.  Donna's career and contributions to journalism have also been in the newsroom as she was Deputy Managing Editor of the Montreal Star 1976-1979 and then held several senior executive positions with the CBC as Chief Journalist and Managing Editor, National Radio News; Program Director, and then Vice-President of CBC Radio; VP Regional Broadcasting Operations (English/French and Radio/TV); VP Media Accountability and Regional Director for B.C. Find out more about Donna's vast contributions to journalism in BC and across Canada at the October 29th Jack Webster Awards.

Also at the awards dinner the 2018 Commentator of the Year  will be announced, and those in attendance will hear from guest speaker, Keith Morrison, an award-winning correspondent for Dateline NBC who joined the program in 1995 after a prominent career at both NBC and in Canadian television.

Tickets are available to attend the 2018 Webster Awards.  They are $195 each or $1,950 for a table for 10.  More information about tickets is available at www.jackwebster.com/dinnertickets where they can also be purchased by credit card, online.

The Jack Webster Foundation was founded in 1986 and named after the man who was Western Canada's best-known and most influential reporter.  He left his mark on the B.C. journalism scene with his hard-hitting reporting style. In his more than 40 years of print, radio and television journalism, Jack Webster was synonymous with insightful, accurate and unabashed reporting.  Today the Jack Webster Foundation carries on Jack's legacy by promoting and recognizing the achievements of B.C.- based reporters by:  holding the annual Jack Webster Awards for excellence in journalism in BC, awarding annual Student Awards to senior journalism students, awarding Professional Development Fellowships to working journalists, and providing educational seminars for the media.

The Jack Webster Foundation thanks Cision for sponsoring this announcement.