LONDON, ON, May 30, 2020 /CNW/ - A Fifth Estate investigation that led the Ontario Government to establish a review of the workplace culture of the Ontario Provincial Police has won the 2019 Mindset Awards for Workplace mental health reporting. The investigation revealed that 12 OPP officers had killed themselves since Ontario's ombudsman first raised the alarm about OPP officers' mental health in 2012.  CBC News: The Fifth Estate – Officer Down, reported by Mark Kelley, with producer Timothy Sawa and associate producer Kimberly Ivany, took the main Mindset award at a virtual gala Saturday evening. 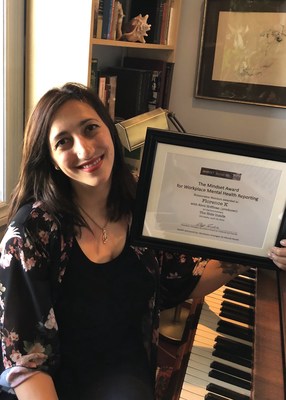 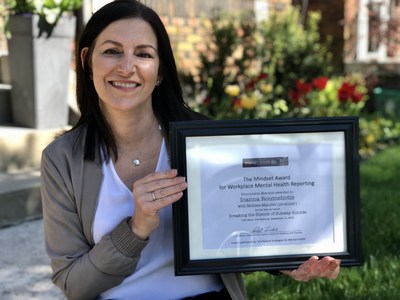 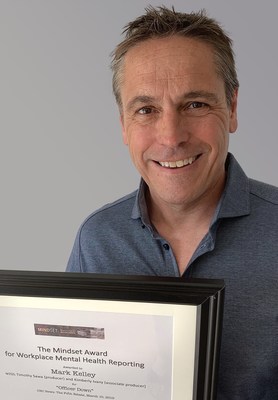 Mark Kelley said: "We are very proud of this documentary and we think this award is a tribute to the courage of those who shared their painful stories with us. It is, indeed, a badge of honour."

An independent jury also awarded two honourable mentions – both to finalists from other parts of the CBC.

The Mindset Award for Workplace Mental Health Reporting is offered annually by the Canadian Journalism Forum on Violence and Trauma, which produces Mindset: Reporting on Mental Health, a guide widely used in newsrooms and journalism schools across Canada, along with En-Tête : reportage et santé mentale, its French equivalent. The En-Tête awards were announced at the beginning of May.

The Mindset and En-Tête awards are sponsored by Workplace Strategies for Mental Health, compliments of Canada Life (formerly known as the Great-West Life Centre for Workplace Mental Health) which serves as a source for journalists working on stories on the topic.

The Mindset Awards are presented at the Canadian Association of Journalists annual gala, which was held virtually this year because of the COVID-19 pandemic.

One went to CBC News: The National – Breaking the Silence of Subway Suicide reported by Ioanna Roumeliotis, with Melissa Mancini (producer), broadcast in September 2019. The team spent months negotiating extraordinary behind-the-scenes access to Toronto's subway as the TTC moved away from a policy of not talking about suicides and suicide attempts there, devastating events for TTC workers, passengers, victims and loved ones. Suicides were increasing. Silence, the TTC's chief safety officer said bluntly, wasn't helping. But contagion –fear that being more open could lead to more deaths - was still a concern. The team had to work out how best to cover the story responsibly. After the broadcast, the number of suicide attempts in Toronto's subway fell for the first time in two years.

The other went to CBC Radio: The Hole Inside a stand-alone documentary reported by Florence K, with Kent Hoffman (producer) broadcast on April 19, 2019.  Florence K is a musician, singer-songwriter and host of the CBC radio program C'est Formidable. The documentary told the story of her personal struggles with mental illness in a very public workplace, and her continuing recovery.

Forum president Cliff Lonsdale said: "The jury had a difficult job in light of the very high standard of work in these different approaches to mental health in the workplace. Each of the winners tackled their work with care, honesty and integrity. That's why we have two honourable mentions this year, as well as an overall winner."

Development and production of the Mindset and En-Tête guides to mental health reporting were supported by the Mental Health Commission of Canada, with funding provided by Health Canada, and by CBC News. The Forum has sole responsibility for administration and content.

The Forum is an educational charity concerned with the physical and emotional wellbeing of journalists, their audiences and those on whom they report. Its work is supported by The Globe and Mail, CBC News, Radio-Canada and Cision.

Our thanks to Cision for supporting this announcement.