Fellow Ethiopian Yemane Tsegay, 33, placed first in the men's field with a time of 2:08:52. The current marathon course record holder led a pack of four men who competed fiercely throughout the race to finish with sub-2:10 times. 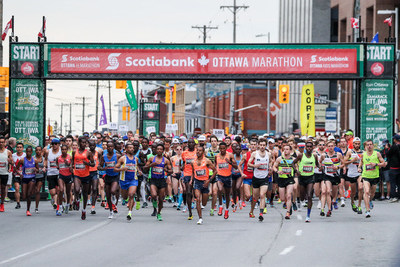 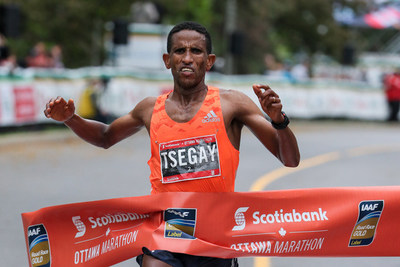 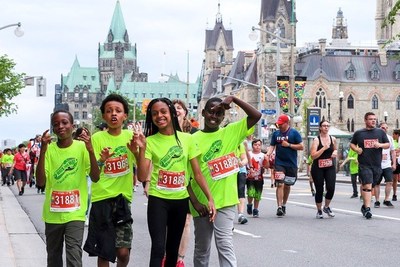 "This year's field of elite women started fast and sustained an impressive pace through much of the race," said Manny Rodrigues, Elite Athlete Coordinator, Tamarack Ottawa Race Weekend. "Eventually Gelete Burka pulled ahead and tore up the course for a dramatic record-breaking finish."

"Run Ottawa is thrilled with this year's results," said John Halvorsen, President of Run Ottawa and Race Director of Tamarack Ottawa Race Weekend. "We were proud to host another outstanding field of elite athletes and to organize six race events for more than 33,000 participants of all ages. Our thanks also go to those who raised funds for charities and the 2,500-plus volunteers who made Canada's biggest race weekend possible."

More than $775,000 raised for the Scotiabank Charity Challenge

More than 33,000 runners took part in the 2018 edition of the Tamarack Ottawa Race Weekend, many of whom supported 69 local charities and raised more than $775,000 as part of the Scotiabank Charity Challenge.

Scotiabank believes in helping young people reach their infinite potential, and many organizations who take part in the Scotiabank Charity Challenge have a direct impact on local youth. Young people are future leaders and Scotiabank aims to help provide them with the skills and resources they need to succeed.

"We are thrilled to bring the Scotiabank Charity Challenge back to Ottawa this year," said Frank Bilodeau, District Vice President, Ottawa Centre & Gatineau at Scotiabank. "Racers demonstrated their commitment to their community by raising more than $775,000 in support of local charities. We're proud that the Scotiabank Charity Challenge continues to be an important part of the weekend events, year after year and applaud every participant for their efforts."

At Scotiabank, we aim to support organizations that are committed to helping young people reach their infinite potential. Young people are our future leaders and Scotiabank's goal is to help ensure that they have the necessary skills and resources they need to support their success. Together with our employees, the Bank supports causes at a grassroots level. Recognized as a leader for our charitable donations and philanthropic activities, in 2017, Scotiabank contributed more than $80 million to help our communities around the world.Scotiabank is Canada's international bank and a leading financial services provider in North America, Latin America, the Caribbean and Central America, and Asia-Pacific. We are dedicated to helping our 24 million customers become better off through a broad range of advice, products and services, including personal and commercial banking, wealth management and private banking, corporate and investment banking, and capital markets. With a team of more than 89,000 employees and assets of over $923 billion (as at January 31, 2018), Scotiabank trades on the Toronto (TSX: BNS) and New York Exchanges (NYSE: BNS). For more information, please visit www.scotiabank.com and follow us on Twitter @Scotiabank.