The renowned pioneer of all-inclusive resorts announced the much-anticipated return of its world-famous ski offering to North America through the creation of its first-ever Canadian resort.

QUEBEC, Nov. 2, 2017 /CNW/ - Daniel Gauthier, Chairman of the Board of Directors of Groupe Le Massif, and Xavier Mufraggi, President and CEO, Club Med North America, have officially announced the opening of the first Club Med resort in Canada. 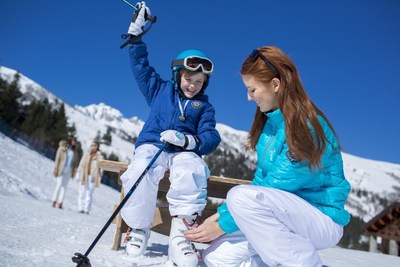 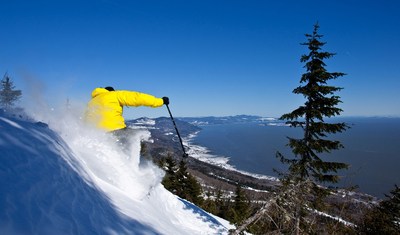 "Today's announcement is in direct alignment with the continued development of this significant project that will position Le Massif, Charlevoix, among one of the greatest international destinations," states Mr. Gauthier, an initiator of the project. "Club Med is a world-recognized symbol, promoting an active lifestyle, family and well-being. With shared values, the partnership between Club Med and Massif, Charlevoix, is one of authenticity."

"It's often said that you'll only ever find a Club Med resort in the most beautiful places in the world. Charlevoix doesn't need to have a Club Med to be included on this select list. That said, it is an honour and privilege to be amongst those creating worldwide awareness for this spectacular part of the country," comments Mr. Mufraggi. "Club Med is the world leader in all-inclusive mountain hotels and resorts. With more than 20 sites already established in France, Italy, Switzerland, Japan and China counting for more than 6000 rooms, we're excited to add Canada (and specifically Quebec) to the list. Each season will reveal the wonders of this natural site, offering an international clientele a place of beauty to discover. Also, this project serves as a strategic symbol of rapid growth around the world for Club Med, with fifteen openings taking place through 2019, representing one to two mountain resort openings per year."

The first four season mountain Club Med resortThe project represents a $120 million investment with the objective of developing 300 rooms including 4-Trident Club and Deluxe-level rooms with a 5-Trident luxury space. The future resort promises to be a haven for family and couple getaways as well as ideal for groups, with spaces provided to accommodate seminars and events.

Club Med brings its unique all-inclusive mountain vacation model to the heart of an already renowned ski region situated at the highest point in Eastern Canada, including a unique ski experience with spectacular waterfront views overlooking the Saint Laurence River.

Investment and positive economic impactWhile this recreational tourism project is born of a great vision, it is based on a solid economic outcome. Partners, including the governments of Quebec and Canada, Guy Laliberté and Lune Rouge, Investissement Québec, Pierre Thabet, Groupe Germain all have confirmed their investment, while Desjardins and the National Bank of Canada have established their support. The project also counts on Bell as a long standing major sponsor of the Massif de Charlevoix.

Groupe Le Massif and Club Med aim to offer a four-season product that emphasizes Quebec's strongest touristic features of the region from Quebec to Tadoussac. The announcement of these plans will also stimulate real estate development within the region and on the mountain.

This project forecasts the creation of 325 direct jobs and 400 indirect jobs. The construction of the hotel will generate nearly 700 jobs. The agreement with partners guarantees a mutually profitable endeavour for all.

This much-anticipated project will benefit several major players within the regions of Quebec and Charlevoix, including the Quebec airport, which forecasts a 6% increase in flights directly connected to this project. From day one Club Med plans to develop partnerships with a variety of local suppliers. The resort will be easily accessible; a mere 90 minutes from the International Airport of Quebec.

Club Med and Groupe Le Massif have plans to open this new resort by end of 2020.

As the first Club Med mountain resort in North America, and by virtue of the symbiosis between creativity, authenticity, an appreciation for culture, society and tourism, Le Massif, Charlevoix, promises to be awe-inspiring with a picturesque setting, an outstanding line-up of activities, excellent food and unsurpassed reputation for service.

This magnificent project is built on a foundation of three pillars with the objective to provide an experience that is deeply personal, emotional, original, and environmental, while focusing on the development of sustainable tourism within one of Quebec's most popular regions, and designated as a world biosphere reserve in 1989 by Unesco.

About Club MedClub Med, founded in 1950, is recognized as the pioneer of the all-inclusive market, offering nearly 70 premium resorts in stunning locations around the world including North and South America, Caribbean, Asia, Africa, Europe and the Mediterranean.

Club Med operates more than 70 resorts. Established in 26 countries across five continents, the group employs more than 23,000 employees comprised of 110 varied nationalities. Club Med has had a corporate presence in Canada for over 40 years and employs a staff of more than 50 team members in their Montreal head office.

Club Med Le Massif will reinforce the link between Quebec residents with the Club Med concept. More than 40,000 Canadians stay at a Club Med resort each year, with the biggest majority coming from Quebec. Every year, close to 300 Canadian G.O.s are recruited ("Gracious Organizers" - an internal, endearing term used for all Club Med employees), again with the majority coming from the province of Quebec. "In many ways, Quebec has been at the heart of Club Med. Now, finally, Club Med will be at the heart of Quebec," states Mr. Mufraggi.