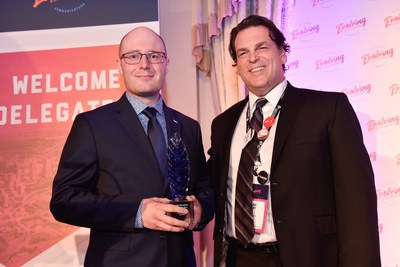 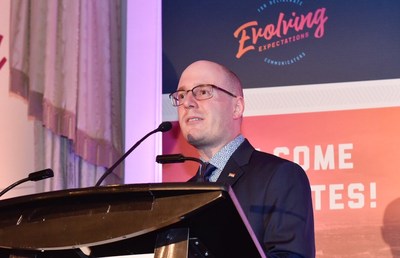 While reporting for New Brunswick's Telegraph-Journal in Saint John, Robinson broke through shrouds of secrecy by shining a spotlight on the issue of out-of-service ambulances. His year-long investigation into the public transparency and critical lack of paramedics at Ambulance New Brunswick led to dramatic service changes. Leveraging sources as well as his knowledge of public records access, he wrote more than 40 stories telling the personal stories of affected patients and families.

In their remarks, this year's judges noted: "Through Robinson's ongoing and dedicated investigative reporting, New Brunswick saw the sometimes tragic impact that paramedic staffing shortages and challenges in meeting emergency healthcare needs were having across the province - particularly in remote and smaller communities.  His highly detailed reporting brought a human face to the issue, resulting in a call-to-action for government to address the matter and communicate more openly on challenges within the healthcare system."

"Thank you to the Canadian Public Relations Society and the Awards Committee for recognizing my work by selecting me for this year's Joan Hollobon Award," said Michael Robinson. "I share this honour with my colleagues at the Telegraph-Journal, whose hard work and support over the year allowed me to tell this important story to the best of my abilities."

Named in honour of former Globe and Mail medical reporter Joan Hollobon, the Joan Hollobon Award is presented annually to a member of the media whose work has contributed significantly to the public's understanding of health care over the previous year.

Founded in 1948, the Canadian Public Relations Society (CPRS) is a not-for-profit association of professionals dedicated to the practice, management and teaching of public relations and communications. Comprising 14 local societies, CPRS' mission is to build a national public relations and communications management community through professional development and accreditation, collaboration with thought leaders, a commitment to ethics and a code of professional standards, advocacy for the profession, and support to members at every stage of their careers.