TORONTO, Oct. 19, 2017 /CNW/ - Air Canada is pleased to announce this year's Top 10 list of Canada's Best New Restaurants in partnership with American Express. For his fifth year as Air Canada enRoute's restaurant critic, award-winning writer Andrew Braithwaite ate his way across the country, dining in over 30 new restaurants before whittling the contenders down to the ten celebrated today at Air Canada's annual gala in Toronto and on CanadasBestNewRestaurants.com. 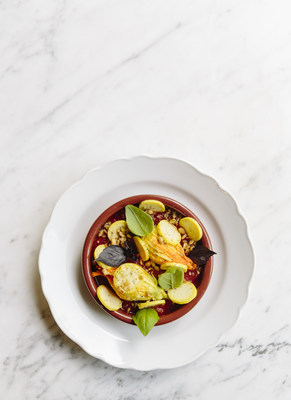 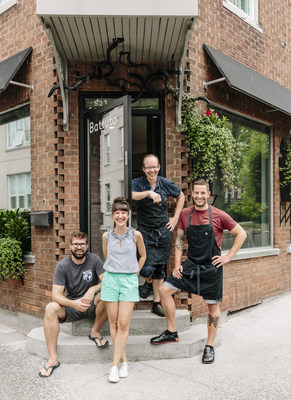 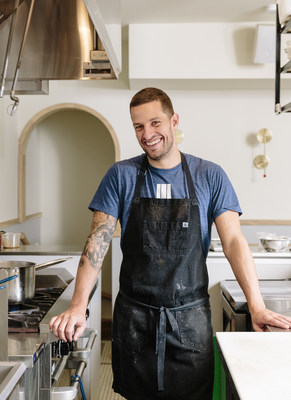 The first-place ranking went to Battuto, a 20-seat Italian diner in Quebec City where chef Guillaume St-Pierre and his three-person team dazzle with their creativity and ingenuity in just 400 square feet. Similarly small, chef-run spots nabbed second and third place – Canis in Toronto and Bar Von Der Fels in Calgary, respectively. "Restaurants were sized down in 2017," says Braithwaite, "and smaller rooms shrink the distance between these talented chefs and our taste buds – so we diners spend more time interacting with a restaurant's best people."

But Edmonton was the surprise of the year, with a record three restaurants making the list: Clementine, Café Linnea and Alder Room. "Edmonton felt like a different city than the one I'd visited on my four previous tours, and the new hockey arena is a game-changer," noted Braithwaite. "The cocktail scene has always been strong, and there's clearly a passion for creating art on the plate, too."

"For the 16th year running, Air Canada is delighted to help shine a global light on Canada's incredible food and drink culture, especially with this year marking Canada's 150th anniversary," says Andy Shibata, Managing Director, Brand, Air Canada. "We are proud to celebrate the ingenious chefs and restaurateurs across the country and are committed to sharing valuable travel and dining experiences and insights with our customers."

From plums masquerading as olives at Alder Room in Edmonton to a tangle of Humboldt squid parading as slippery udon noodles at Canis in Toronto, magic was a common theme among this year's winners. Brunch crossed over, with champagne and toast soldiers for breakfast at Edmonton's Café Linnea and a buckwheat crepe with aged egg yolk for dinner at Mak N Ming in Vancouver. Chefs also took the art of fermentation way beyond sourdough, applying it to carrot juice, shishito-jang and even ice cream. And they got serious about music, too, curating their own Spotify playlists that are as idiosyncratic as their wine lists.

Canada's Best New Restaurants Video SeriesGo to CanadasBestNewRestaurants.com for behind-the-scenes videos shot at this year's top three restaurants. Guillaume St-Pierre and his team discuss their love of Italian family dinners at Battuto in Quebec City; Jeff Kang describes his experimental approach to Canadian cooking at Canis in Toronto; and Eric Hendry of Bar Von Der Fels in Calgary talks about the freedom of running a 28-seat wine bar. Now also screening on the Food, Documentary and Travel TV channels on the Inflight Entertainment system on most Air Canada flights.

Awards CelebrationThe Top 10 restaurants were revealed during the annual Canada's Best New Restaurants gala on October 19, 2017, at the Queen Richmond Centre West in Toronto. For the fifth year, top chefs from across the country gathered to show off their culinary skills, serving industry professionals and Air Canada guests flavours from their winning menus.

About Air CanadaAir Canada is Canada's largest domestic and international airline, serving more than 200 airports on six continents. Canada's flag carrier is among the 20 largest airlines in the world, and in 2016 served close to 45 million customers. Air Canada provides scheduled passenger service directly to 64 airports in Canada, 57 in the United States and 95 in Europe, the Middle East, Africa, Asia, Australia, the Caribbean, Mexico, Central America and South America. Air Canada is a founding member of Star Alliance, the world's most comprehensive air transportation network, serving 1,300 airports in 191 countries. Air Canada is the only international network carrier in North America to receive a Four‐Star ranking according to independent U.K. research firm Skytrax. For more information, please visit aircanada.com, follow @AirCanada on Twitter and join Air Canada on Facebook.

About Air Canada enRouteAir Canada enRoute is Air Canada's award-winning travel media brand. An inspirational authority for the global traveller, it reaches passengers at every step of their journey through its multimedia portfolio: print publications (including Air Canada enRoute, the iconic magazine with 1.6 million readers each month), digital channels (enroute.aircanada.com) and many prestigious programs and events.