The new No. 99 Rye Lager will be available across Ontario in LCBO locations and at Wayne Gretzky Estates in May

NIAGARA-ON-THE-LAKE, ON, April 26, 2019 /CNW/ - (TSX:ADW.A) (TSX:ADW.B) - Wayne Gretzky Estates is pleased to announce the launch of No. 99 Rye Lager, its first craft beer. No. 99 Rye Lager will be for sale across Ontario in May at LCBO stores, Wayne Gretzky Estates, as well as select Ontario restaurants, and available more broadly across Ontario this fall. 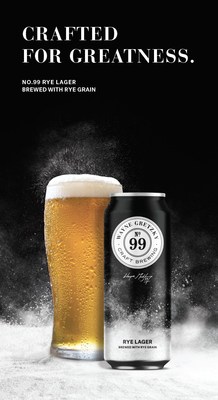 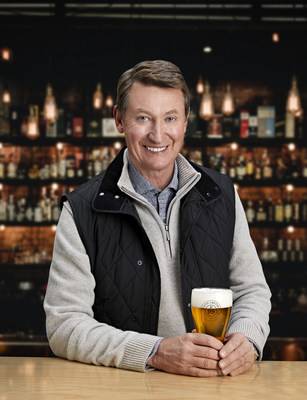 "Our goal at the outset was to give hockey fans and beer fans something new to cheer about," said John Peller. "As the name promises, No. 99 Rye Lager, brewed with rye grain delivers the crisp, clean taste of a classic lager with an extra layer of depth, zest and freshness. There's nothing like it on the market."

"It feels awesome to be back in the craft beer business" says John Peller.  Although the Peller family may be most known for their Canadian wines, Company founder Andrew Peller got his start in the beer industry. "My grandpa started his career in the 1930's as a brewmaster at E.P. Taylor Canadian brewing, which led him to open his own brewery, Peller Brewing Company in 1947, in Hamilton, Ontario," shares John Peller. "I'm proud to work with the Gretzky family to build on this legacy with the launch of Wayne Gretzky Craft Brewing's No. 99 Rye Lager."

No. 99 Rye Lager has only four natural ingredients and is brewed locally in Ontario with Canadian Winter Rye grain that has a unique hardiness built to survive cold Canadian winters. This grain is what produces the delicious signature flavour of the No. 99 Rye Lager, while maintaining the classic Canadian lager style.

Hockey icon Wayne Gretzky has played a key role in the development of all the products offered by Wayne Gretzky Estates. "I love the refreshing taste of our new easy-drinking No. 99 Rye Lager," said Wayne Gretzky. "I worked closely with our Master Brewer, Joshua Beach. I am truly excited to share it with fellow Canadians."

About Wayne Gretzky EstatesWayne Gretzky Estates produces award-winning wines in Canada from the finest grapes grown in the Okanagan and Niagara wine regions. The same Canadian soils that produce great grapes also grow grains that are used to produce small batch Wayne Gretzky No. 99 Canadian Whisky that is finished in red and ice wine casks along with other craft spirits. Building on the success of Wayne Gretzky's wine and whisky program, Wayne Gretzky's Craft Brewing brews innovative version of approachable styles.