Volvo Cars is for the first time making its safety knowledge easily accessible in a central digital library which it urges the car industry to use, in the interest of safer roads for all.

RICHMOND HILL, ON, March 20, 2019 /CNW/ - Volvo Cars is for the first time making its safety knowledge easily accessible in a central digital library which it urges the car industry to use, in the interest of safer roads for all.

The announcement symbolizes the company's philosophy of boosting safety through sharing knowledge that helps saving lives and comes on the sixty-year anniversary of what may have been the most important invention in the history of automotive safety, the three-point safety belt. 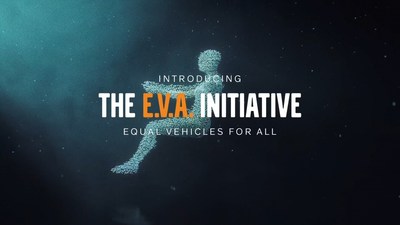 Introduced by Volvo Cars in 1959, the three-point safety belt is estimated to have saved over one million lives globally, not just in Volvos but in numerous other cars, thanks to its decision to share the invention in the interest of improving traffic safety. Since then it has continued to prioritise societal progress over financial gain alone.

To celebrate this milestone and to underline that its sharing tradition goes beyond patents and physical products, Volvo Cars now launches Project E.V.A. The initiative embodies and celebrates sixty years worth of sharing research into car safety with the world, but also highlights a fundamental issue with inequality in terms of car safety development.

"We have data on tens of thousands of real-life accidents, to help ensure our cars are as safe as they can be for what happens in real traffic," says Lotta Jakobsson, professor and senior technical specialist at Volvo Cars Safety Centre. "This means our cars are developed with the aim to protect all people, regardless of gender, height, shape or weight, beyond the 'average person' represented by crash test dummies."

Project E.V.A. illustrates, based on Volvo Cars' own research data as well as several other studies, that women are more at risk for some injuries in a car crash. Differences in for example anatomy and neck strength between the average man and woman mean that women are more likely to suffer from whiplash injuries.

Based on those studies and its own crash data, Volvo Cars created virtual crash test dummies to better understand these accidents and develop safety technologies that helps to protect both men and women in an equal way. The first resulting technology was WHIPS whiplash protection introduced in 1998 that has contributed to the unique look of Volvo's seats and head restraints.

"Safety inequality is an issue in our industry, which is why we have made an important decision to share our data with the world," said Alexander Lvovich, Managing Director of Volvo Car of Canada. "As the automotive safety leader, Volvo Cars is committed to helping our industry improve its standards—that is that all cars should be built as equally safe for all people, no matter gender or size."

The idea of prioritizing societal progress still drives Volvo Cars' safety development work. It develops new technology not to only meet safety standards or pass regulatory tests, but because its own research data, based on a close analysis of tens of thousands of real-life accidents, show where safety can be improved.

In the 1980s, Volvo Cars started to focus on side impacts, after its data showed that too many people were injured in such accidents due to the short distance between impact and occupant. This resulted in several innovations starting in the 1990s, such as the side impact protection system (SIPS), side airbags and inflatable curtains. All these innovations, based on Volvo's research data, now form an industry standard.

More recently, Volvo Cars's research data showed an issue with lumbar spine, or lower back, injuries across all people, regardless of gender and size. Further analysis and study made Volvo focus on the dangers of run-off road injuries. The resulting technology, introduced first on the XC90 and now on all SPA-based cars, is an energy absorber in the seats that goes far beyond what is a regulatory requirement for car makers.

About Volvo Car GroupVolvo has been in operation since 1927. Today, Volvo Cars is one of the most well-known and respected car brands in the world with sales of 642,253 cars in 2018 in about 100 countries. Volvo Cars has been under the ownership of the Zhejiang Geely Holding (Geely Holding) of China since 2010. It formed part of the Swedish Volvo Group until 1999, when the company was bought by Ford Motor Company of the US. In 2010, Volvo Cars was acquired by Geely Holding.