TORONTO, April 23, 2019 /CNW/ - Victoria Anthony became an internet sensation in 2018 after singing her heart out to her idol, superstar recording artist PINK, in front over 18,000 spectators at Rogers Arena in Vancouver, Canada. It's the memory of a lifetime and a thrilling moment to witness, including the millions who saw it in the days afterwards, thanks to worldwide press coverage. It's been viewed over 100 MILLION times online and it changed Anthony's life forever. 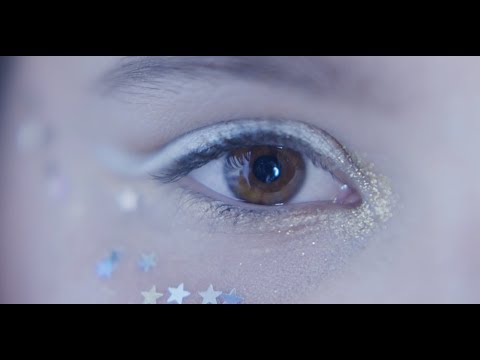 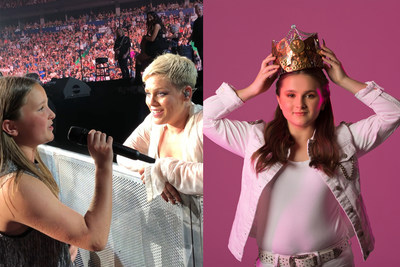 Inspired by Pink telling her to "never stop", the Vancouver-based teen has spent the past year writing and recording her own music. She recently released a single called "Because I'm a Girl", co-written by Victoria with Rob Wells and Shobha (known as The Fourth Floor), a multi-Platinum production team who has worked with such artists as Justin Bieber, Ariana Grande, and Selena Gomez. The single has already garnered over 180,000 streams on Spotify and 350,000 views of the lyric video on YouTube.

"It's not too political, but political enough to get my meaning across," says Anthony.  "It's about the importance of women having control of the choices in their life; it's about empowerment and standing up for yourself, starting when you're a girl and keeping that sense of inner strength throughout your whole life. And it's also about women standing together, united, to make all our lives better."

The music video for "Because I'm a Girl" was directed by actress Nathalie Boltt and based on an original concept devised by Anthony herself. Boltt is best known for her role as Penelope on the CW hit television show "Riverdale".

Check out the video for Because I'm A Girl here: https://youtu.be/w12JsrVI8aA

Victoria Anthony has stepped boldly and confidently into the limelight as a songwriter and recording artist, using the attention garnered by her viral video appearance with Pink to help propel her career forward. "Because I'm a Girl" is powerful evidence of a strong young woman, and a compelling artist who is taking control of her own creative destiny – and is triumphantly encouraging other women to do the same.

Victoria is now writing and recording songs for her debut album, set to be released in early 2020.