Fourth weekend sweep of the season for Robichon 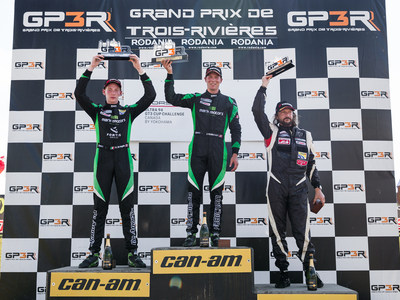 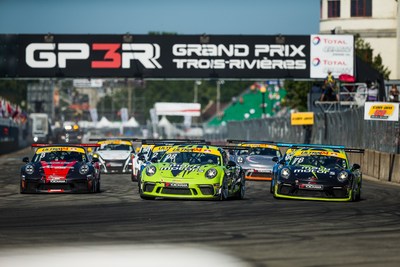 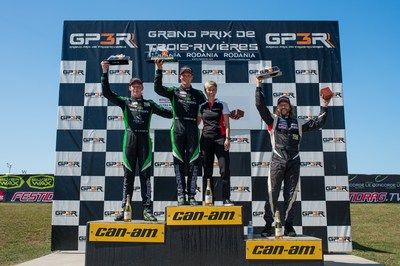 "This weekend's two races, on the oldest street course in North America, highlighted the fantastic driver talent in the GT3 Cup series," said Marc Ouayoun, President & CEO, Porsche Cars Canada, Ltd. "As we look forward to the finale of the 2018 series in Bowmanville at the end of the month, drivers are pushing to achieve gains as every second counts."

Entering this weekend's event, the No. 83 Porsche of James Walker and the No. 76 of Michel Bonnet tangled in Turn 6 midway through the 45-minute race, the Porsche GT3 Cup Canada field packed up for the final dash to the finish, with Zach Robichon in the No. 98 Mark Motors Racing Porsche ready to hold off teammate Roman De Angelis in second.

Yet as the green flag waved, De Angelis' No. 78 got a quick start on Robichon and the pair battled alongside each other heading into Turns 1 and 2. Ultimately, Robichon was able to position his racecar to close off De Angelis.

Robichon went on to win his eighth race of the season by 5.523 seconds.  Race 1 at GP3R is the seventh Mark Motors Racing 1-2 finish through nine races in 2018, as De Angelis held on to the runner-up spot.

Finishing third was Etienne Borgeat, who returned for his third race of the year in the Canadian Porsche GT3 Cup Challenge aboard the No. 2 Lauzon Autosport Porsche. Sitting fourth during the full-course caution, Borgeat readied to pass the No. 8 of Stefan Rzadzinski on the restart. The Quebecker was able to do so to secure the final spot on the podium, in addition to the Platinum Masters victory.

Saturday's Yokohama Hard Charger Award for gaining the most positions during the race belonged to Remo Ruscitti in the No. 96 OpenRoad Racing Porsche. Ruscitti settled for fourth place behind Borgeat, but not without a last-minute attempt for third. Despite the tangle midway through the race, Michel Bonnet in the No. 76 Mark Motors Racing Porsche took home the Porsche GT3 Cup Canada Gold class victory.

Coming off a flag-to-flag Race 1 victory on Saturday at the Grand Prix de Trois-Rivières, Robichon repeated his flawless performance on Sunday morning to take home his ninth win in 10 races this season.

Not only is this the fourth weekend sweep of the season for Robichon, but the doubleheader victory also comes on the heels of another sweep just one week ago at Road America during his debut in the Porsche GT3 Cup USA by Yokohama series.

Finishing runner-up for the seventh time this season was Roman De Angelis in the No. 78 Mark Motors Porsche. Amidst his first season in the Platinum class – after taking the Gold class championship in 2017 – De Angelis sits second in the championship standings behind teammate Robichon.

Finishing third for the second consecutive race was Etienne Borgeat in the No. 2 Lauzon Autosport Porsche. The Quebecker made a pass on the No. 8 DFC Motorsport / Speedstar Motorsport Porsche of Stefan Rzadzinski in the final five minutes securing the final spot on the podium. He also took home the Platinum Masters victory.

Taking home his second Gold class victory of the weekend was Michel Bonnet in the No. 76 Mark Motors Racing Porsche. Bonnet was also prized with the Yokohama Hard Charger Award for the most positions gained during the race.

Only two rounds remain in 2018 for the Ultra 94 Porsche GT3 Cup Challenge Canada by Yokohama and its finale will take place at the Canadian Tire Motorsport Park in Bowmanville on August 25 – 26, 2018.